It is clear that the COVID-19 pandemic presents a threat to international peace and security, particularly in Africa, which continues to shoulder the bulk of world hostilities and intrastate armed conflict. A conversation around strategies to mitigate the effects of COVID-19 in this context is therefore critical.

Intrastate conflicts are defined as ‘violence between or among one or more advantaged or disadvantaged minority or majority groups, and one or more of these groups and the political/juridical state, to gain either a greater share of limited re­sources or control or autonomy or both over the territorial state’. Often, intrastate conflicts are multifaceted, falling under the classification of ‘armed’ where there is resort to the use of armed force resulting in at least 25 battle-related deaths.

According to the Alert 2021! Report on conflicts, human rights and peacebuilding, internal conflict formed 82% of all global strife, with the African continent accounting for 44% of total global conflict in 2020. Not surprisingly, with the onset of the COVID-19 pandemic, the United Nations (UN) Secretary General Antonio Guterres made calls for a global ceasefire in recognition of how COVID-19 could further undermine international peace and security.

In what follows, I examine the effect that the COVID-19 pandemic has had on intrastate armed conflicts in Africa, generally unpacking this category of conflict on the continent before exploring how the pandemic may have operated as its trigger or how it may have exacerbated existing conflict. With the indefinite presence of COVID-19, the relevance of this piece is that it offers strategies that may assist in minimising the impact of intrastate armed conflict against the backdrop of this new reality. The strategies provided also serve as a means of preparedness for future pandemics as the case may be, in the context of preserving international peace and security.

Aside from the main theories underpinning the causes of armed conflict, a significant amount of African countries have fallen prey to conflict as a result of the legacy of colonisation evident in the arbitrary imposition of borders and a failure to manage the resultant ethnic diversity, as well as to build a common national identity. A correlation has also been made between countries with a lower Gross Domestic Product (GDP) per capita, weak institutions and their likelihood of descending into armed conflict as is the case in East, West and Central Africa as well as the Horn of Africa, having the highest amount of people living on less than $2 a day. Other causes of conflict have been identified as the exclusion and marginalisation of groups within society, underdevelopment, youth unemployment, poor governance and corruption, as well as the mismanagement of natural resources. Climate change has also contributed as a cause, through the creation of competition for diminishing resources such as food, water and land, thereby triggering increased migration and displacement. It has also been noted that unresolved past conflicts are a breeding ground for new conflicts.

COVID-19 and intrastate armed conflict in Africa
Several studies have shown that generally, exposure to epidemics, pandemics and pathogens affect how frequently civil conflicts occur as well as their duration. In relation to the COVID-19 pandemic, it has been suggested that grievances stemming from it could make conflict both more and less likely.

Intrastate armed conflict may be exacerbated or triggered as a consequence of failures in the provision of healthcare, food scarcity and increasing levels of poverty. Economic downturn may limit the capacity of the state to address these issues, having faced the collapse of whole industries as well as primary commodity prices (such as oil) in the course of the pandemic. Moreover, stringent lockdown restrictions have the propensity to incite violent protests, as well as clashes between civil groups and the state. Armed groups in some cases have seized the opportunity to recruit individuals into rebellion activities, exploiting the gap left by weakened government forces. The pandemic also has the capacity to worsen already existing tensions against vulnerable groups, as well as ethnic and religious minorities suspected of transmitting the virus.

Conversely, the pandemic may also provide an opportunity to reduce intrastate armed conflict, amidst calls for ceasefires and increased pandemic cooperation on both sides of a conflict. With a fight for resources, state and non-state actors ordinarily involved in conflict may also be preoccupied with financial concerns. Non-state actors may equally be assisting in the provision of COVID relief in an attempt to gain legitimacy and support, shifting away from furthering conflict.

In Africa, however, it has been found by the Armed Conflict Location and Event Data Project (ACLED), that conflict rates have generally held steady, with a shift in the pattern of violence being experienced ‘as armed groups and governments take advantage of the pandemic to make moves on political priorities’. The UN Secretary General’s call for a ceasefire of global armed conflicts was acted on by Angola, Cameroon, Libya, CAR and South Sudan as well as Sudan. However, no clear reduction of violence can be traced from this activity, perhaps because it constituted only a smaller portion of hostilities or because the ceasefires were short-lived.

In terms of changes in the patterns of violence, ACLED notes that government forces employed excessive use of force against civilians to enforce COVID-19 restrictions. This occurred most frequently in Uganda, Kenya and Zimbabwe followed by South Africa and Nigeria, with all cases reporting fatalities ranging between 9-22, with the exception of Zimbabwe. It was also reported that the crack down used to enforce COVID-19 restrictions was used as a guise to target minorities, civil society and the political opponents of the state. While these actions contributed towards a deterioration of trust, the postponement of elections due to COVID-19 constituted the final straw, laying the foundation for a further escalation of violence.

This backdrop has further provided an opportunity for violent armed groups to increase their activities, as seen in the case of Libya’s civil war as well as in Mozambique’s Cabo Delgado province, which has witnessed a threefold increase in insurgency activities. So far, one new conflict has emerged on the African continent, coming from Ethiopia, specifically within the Tigray region, triggered by the COVID-19 pandemic, with already existing conflicts having intensified.

In light of the above, the long-term effects of the COVID-19 pandemic may be a cause for concern. With the pandemic having magnified social-economic circumstances and social divisions, and increased repression as well as authoritarianism, there is a possibility that this may worsen conflict in the future unless steps are taken to deliberately curb it effects.

Recommendations
To mitigate the effects of the COVID-19 pandemic on intrastate armed conflict in Africa, a deliberate investment should be made in conflict prevention. More African countries should look into the ‘strengthening of open and participatory (democratic) processes to enable societies to deal with societal conflicts peacefully’. At the African Union (AU) level, African countries can also request a Country Structural Vulnerability and Resilience Assessment (CSVA), which is aimed at identifying a nation’s structural vulnerability to conflict at an early stage looking at ‘socio-economic development; good governance; security sector; environment and climate change; gender and youth; post-conflict peace-building; and transitional justice and reconciliation’. Following this, countries can also look into conducting a Country Structural Vulnerability Mitigation Strategy (CSVMS), at the AU level, which will provide an inclusive set of measures that can be used to curb the identified vulnerabilities to conflict. Steps can also be taken to further strengthen conflict early-warning and response systems at continental, regional and national levels within Africa.

Countries must also strengthen the recognition, protection and provision of socio-economic rights, as their violation both triggers and further exacerbates intrastate armed conflict. The aim is to have services that are rolled out equitably, to all portions of society.

Finally, an express effort should be made to ensure that COVID-19 restrictions are based in a human rights-centric approach to protect the interests of vulnerable groups and key populations as well as civil society actors and human rights defenders, and that emergency powers are not exploited in the name of curbing the pandemic. 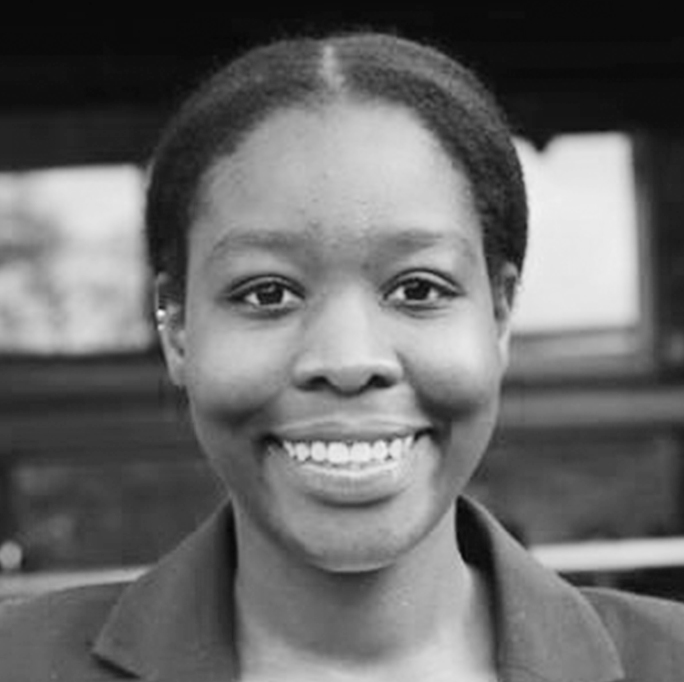 Ramatoulie Isatou Jallow is currently pursuing a Masters of Law in Human Rights and Democratisation in Africa at the Centre for Human Rights, Faculty of Law, University of Pretoria. She is an attorney of the High Court of the Republic of Botswana with a special interest in conflict prevention and international peace and security.