The COVID-19 pandemic has hit urban poor women severely, including in Indonesia. The state as a duty-bearer with respect to human rights has struggled to assist them; more specifically, the state’s efforts in curbing the pandemic have not reached them.

This post explores how the COVID-19 pandemic has affected urban poor women in Yogyakarta who work in an online ride-hailing motorcycle enterprise called ‘Ojek’, part of a company called ‘Gojek’, which is a decacorn with a total investment of USD 100 billion in 2019 and branches in five Southeast Asian countries. For these women, income has decreased while expenses have soaring because of extra spending for children studying from home. The women’s experience shows how a rights-based approach as a policy framework during COVID-19 is not an easy task to fulfil.

The data presented here are based on a small survey of online Ojek drivers. This survey was conducted in the first and fourth week of June 2020, in Yogyakarta. The first survey population was 200 Ojek drivers, both male and female; the second one was 58 female drivers. Following the second survey, phone interviews were conducted with 20 female drivers.

A gendered pandemic
The COVID-19 pandemic has had a dramatic impact on the economy and business throughout the world, particularly the online service sector, including transportation operated through an app. Uber, a main US-based ride hailing company, experienced a 60-70% loss during the initial months of crisis and fired more than 3,000 employees. For drivers who are still employed, there has been a sharp decline in customer orders, which affects their daily income. As I explain below, Indonesia has also experienced these impacts, including on women drivers in ride-hailing companies.

In Indonesia, prior to COVID-19, 24.7 million people—9.2% of its 289 million population—lived in poverty. In recent months that number has increased to 32.4 million, with 6.4 million people losing their jobs in May 2020 alone.

Prior to COVID-19, Gojek had provided employment for significant numbers of people, including urban poor women. The survey confirmed that Ojek drivers were badly hit by the pandemic. Almost 99% of respondents said that there had been a decline in their income of up to 75%. Moreover, there were no state policies to support them; they had to survive on their own, or rely on their collective efforts—for example, drivers tried to find solutions through sharing strategies, and some of them (20% of respondents) tried to set up an on-line business.

The burden on women drivers was especially notable. The survey showed that almost 66% of them were taking care of their children, who were studying from home following school closures. Only small numbers of them (less than 2%) were receiving assistance from their spouse. This unpaid care work meant they had less time for paid work, putting them in a cycle of economic difficulties.

All developing countries face a tough call in dealing with pandemic; it feels like a choice between saving the economy and saving lives. Indonesia has put the latter second. Economic growth, which was 5.2% in 2019, is expected to be only 2.6% (although this is an optimistic figure), and the budget deficit in June 2020 was 1.1% of GDP (IDR 179 trillion or USD 12.4 million). Further, the focus on economic growth refers largely to incentives to small businesses. It assumes that if business starts to operate, production starts again, labour starts to work again, and this will increase consumption and eventually bring the country out from crisis. In the meantime, however, the budget allocation disbursement has been low and slow (1.5%).

By prioritising economic health, the state has positioned citizens at the edge of getting infected. The rate of mass testing has been low: only 36 per 1 million population—one of the lowest rates among Asian countries. Prior to early March 2020 when a case of the virus was found in Indonesia, President Joko Widodo was in denial in recognising the spread of the virus. At the end of March 2020, he finally declared a public health emergency and ordered people to stay at home and exercise physical distancing. State resources were allocated to fight the virus, including economic safety nets for people living in poverty.

With low rates of mass testing, the number of infections grew. However, amidst these increased numbers, the government has relaxed the public health emergency in order to boost the economy.

Women’s needs and community support
If the state was indecisive in the early phase of the pandemic, societal solidarity and community were very strong, with lots of initiatives at both national and local level.

These initiatives have taken many forms, such as public education on COVID-19, preparing boxes of lunches and dinners to be distributed to people living in poverty in many areas of Yogyakarta, distribution of free Personal Protective Equipment (PPE), face masks and hand sanitisers, and distribution of rice. Funds have been raised through online platforms such as kitabisa.com and benihbaik.com: in March-April 2020, Kitabisa.com experienced an increase of more than 200% in its fund-raising activities. Islamic alms (Zakat) organisations have mobilised funding too. Thus, it seems that during the initial response to the pandemic, it was society—not the state—that was working for human rights, particularly in emergency responses.

Women Ojek drivers who responded to the survey reported that they had received community-based support. They received social solidarity from customers too in at least three forms: customers giving food after drivers send delivery orders (45% responses); customers giving one of essential needs such as rice (12%); and customers giving higher tips compared to before the pandemic (30%). In the female driver only survey, the respondents reported that they had received rice from their neighbourhood community (26.7%). These women driver, who are usually the ones who do domestic work, including preparing meals for the whole family, said they found this support very helpful.

For long-term solutions, we need the state as duty bearer
Yet, societal solidarity has limitations: it can only deal with very specific needs within a very specific time frame. It cannot cover beyond that, such as providing massive economic assistance or procuring laboratories for testing. This means we need the state as a duty bearer: a rights-based approach cannot be built on societal solidarity alone. For a long term solution, the state’s role is essential.

Some may argue that as a developing country, Indonesia has limited capacity and resources to adopt a rights-based approach during the pandemic. However, the state is always a duty bearer in respecting, protecting and fulfilling human rights. It is what state is for in the first place: to protect people’s lives and well-being. 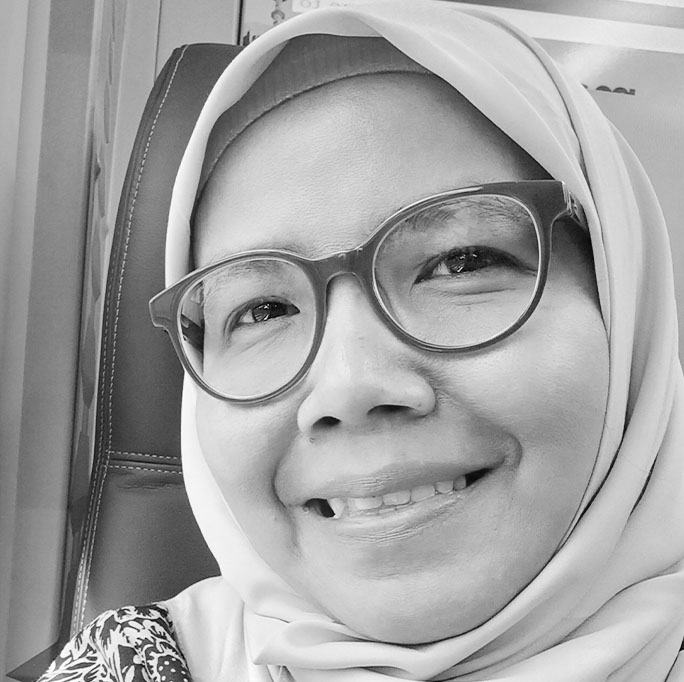 Dr Amalinda Savirani is an associate professor at the Department of Politics and Government in the Faculty of Social and Political Sciences at the Universitas Gadjah Mada, Indonesia.