Kenyan Evictions Violate Human Rights and the Rule of Law

Kenyan Evictions Violate Human Rights and the Rule of Law

State evictions flouted court ruling, constitution and international law
Recent evictions by the Kenyan state, in defiance of a court ban on the action, have brought the interplay between democracy, constitutionalism, the rule of law and socio-economic rights into sharp focus. The expulsion of squatters in the Kariobangi area of Nairobi exposed the state for not only demolishing informal settlements at a time when the country was facing both the ravenous effects of COVID-19 and torrential floods but also for ignoring a court decision barring the removals. Moreover, the government acted contrary to its publicly-stated preparedness for the pandemic and promises to mitigate its effects.

The Kariobangi squatters were served with notices which required them to leave their homes in a matter of days. A group of residents went to court under the umbrella of a local welfare association and managed to obtain interim orders forbidding the evictions on 3 May 2020 (Kariobangi Sewerage Farmers Self Help Group v the Cabinet Secretary Water, Sanitation & Irrigation & 6 Others ELC Petition No 11 of 2020 (unreported)). The state, however, chose to ignore the court ruling and proceeded to evict the petitioners alongside other squatters on 4 May 2020.

The evictions and disregard of the court order barring them reveal the obstinacy of the Kenyan state. It is a fault that portends disaster in the near future if left unchecked. The petitioners in this case, like many Kenyan citizens, are victims of systematic weakness of a state that has not paid keen attention to the social welfare of those who live in squalor. The forced evictions were conducted without adequate warning, compensation, provision of alternative housing or respect for the human dignity of those affected. They also occurred at a time when the ravages of COVID-19 were starting to be felt. Many people had lost their livelihoods and were barely struggling to survive. Thus, the evictees’ already difficult lives became even more dire.

The case epitomises the coercive elements and official impunity of the Kenyan state, therefore it was no surprise that the evictions were carried out in a brutal manner. Life in informal settlements in conditions of abject poverty is the reality for the majority of Kenyans. This is evidence of the flaws in the architecture of the Kenyan state, even though the constitution sought to ameliorate these with the inclusion of socio-economic rights under article 43. Furthermore, the evictions and the failure to respect human dignity violates the International Covenant on Economic, Social and Cultural Rights, which binds Kenya in terms of international law commitments.

The Kenyan courts have previously affirmed the need to adhere to human rights ideals, particularly in the case of Susan Waithera Kariuki & 4 Others v Town Clerk Nairobi City Council & 3 Others (2013 e KLR), where it was stated that evictions should not result in homelessness, vulnerability and violation of human rights.

State must respect human rights and tackle endemic poverty
The state should also have followed the Eviction and Resettlement Guidelines (2020), whose stated objective is: ‘Towards Fair and Justifiable Management of Evictions and Resettlements’. It is worth noting that human rights are more than just a means for citizens to enforce state forbearance or a protective tool directed against the evil actions of the state. Human rights are part of the state and, as such, the state has an obligation to actively respect, uphold and promote them.

For the constitution to have meaning, it must be recognised as legally binding. The supremacy of the constitution should mean it supersedes all other claims, as far as matters of government are concerned. It therefore behoves the state to address the welfare of the poor by meaningfully tackling endemic poverty. The constitutional provisions on socio-economic rights seek to correct foundational and functional mistakes of previous years as a matter of urgency. Beyond the rhetorical flourish of commitment to constitutionalism by politicians, court orders must be respected. Constitutionalism assumes that political power- holders must be restrained under preordained rules, fully aware of the fact that those who govern in a democracy are but agents of the governed and it is for their welfare that government exists.

The evictions and disregard of court orders point to a fundamental problem with the Kenyan state, which has been characterised by structural weakness due to the indifference of the political class and growing apathy amongst ordinary citizens. The failure to meaningfully invest in essential services and infrastructure over the years predisposes the poor to additional pain, especially during this period when COVID-19 has hit hard. The lack of substantial investments in the welfare of the poor and the compounded hardships occasioned by the illegal evictions serves as an indelible blotch in Kenya’s image as far as human rights protection is concerned.

COVID-19 and its effects are predicted to be with us for some time. Therefore, it is essential for the Kenyan state to be proactive with regards to measures aimed at bettering the lives of people living in extreme poverty who will most likely bear the brunt of the pandemic. Attention to welfare becomes an existential imperative. The future of the Kenyan state hinges on renewed respect for constitutionalism, the rule of law and, of utmost importance, human rights, whose moral and legal normativity is embedded as a core principle in the constitution. 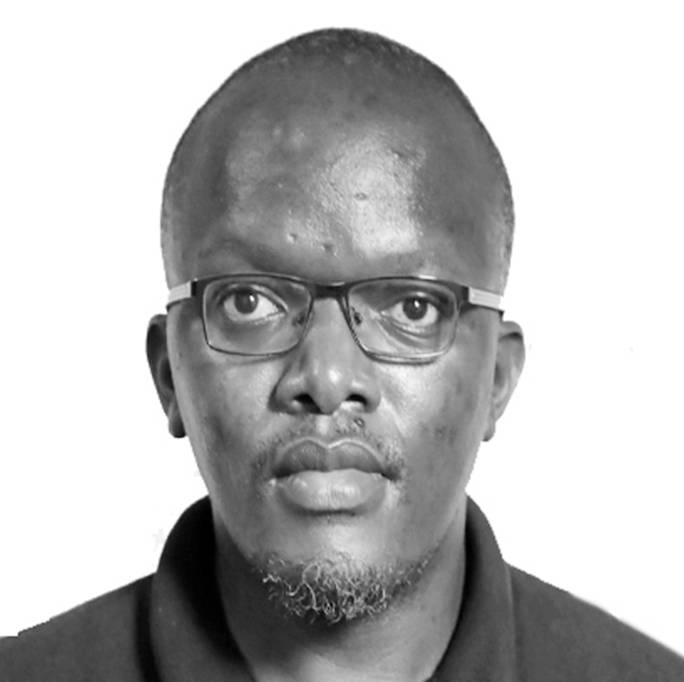 Evans O Ogada is a lecturer and researcher in Constitutional, Human Rights and International Law at the University of Nairobi.