In 2015 a flow of migrants and refugees seemed to suddenly take Europe by surprise. It led to violations of human rights and loss of lives. What were the reasons behind and how could Europe have prepared better?

It was August 2015. Thousands of people were chaotically occupying the train station in the once sleepy border town of Gevgelija on the southern border of North Macedonia. There were children, parents, grandparents, sick, elderly, disabled, fit, strong and tired. They were refugees and migrants who had travelled from far away, crossed mountains, deserts, the open sea. Refugees forced to flee their homes in Syria, Afghanistan, Eritrea, Iraq and from many other places. People on the move, hoping to be protected by human rights in Europe and live a life in dignity.
I was in the midst of all this and I knew, only too well, that a few days before, the choked Greek border had collapsed, and a flow of people moved into North Macedonia. They were met by jittery border guards and police who tried to contain the large crowd—at first with their presence and commands, then with batons and teargas. Those few tragic days could have been avoided and we all knew it. 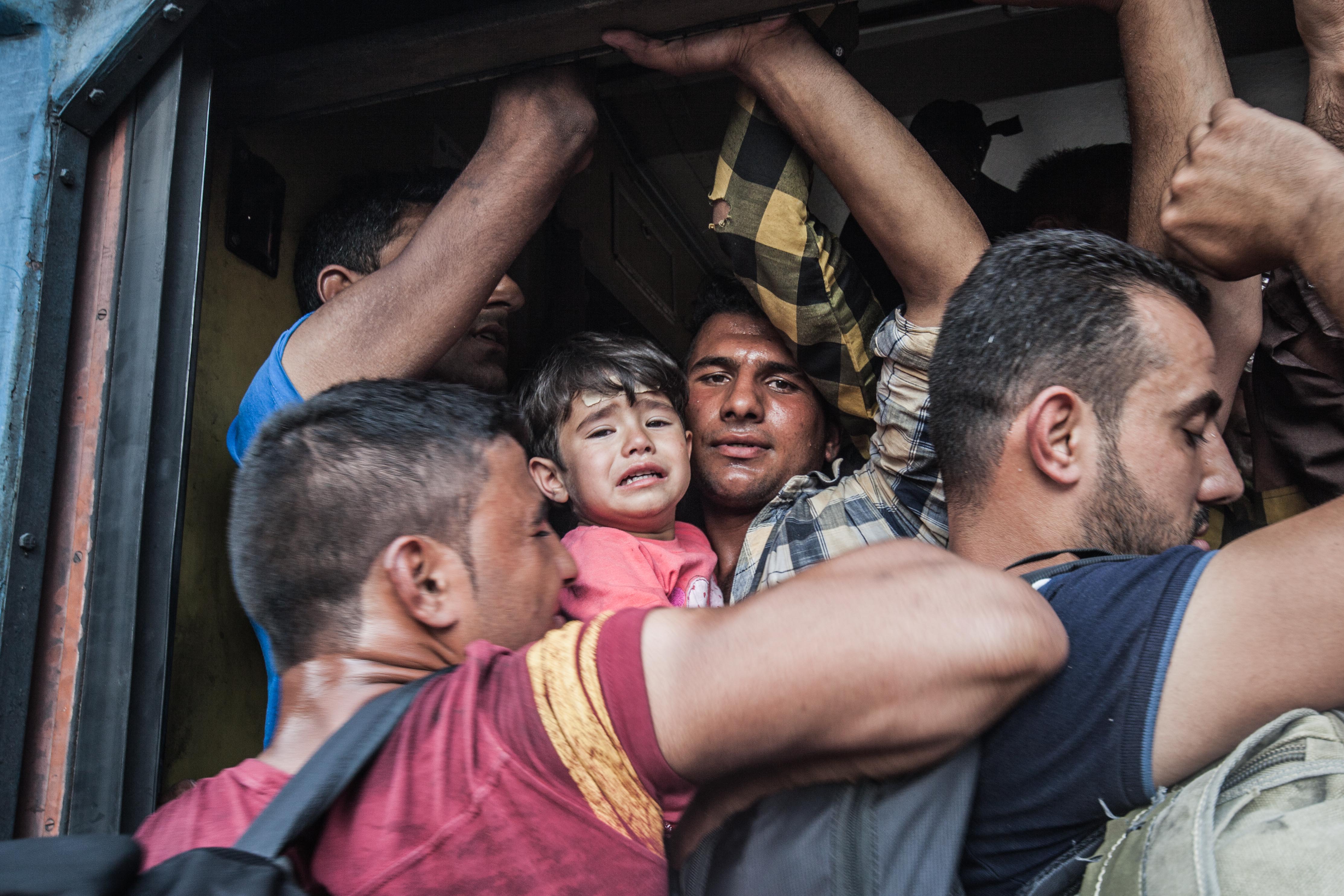 There was something amiss in Gevgelija. Something that the North Macedonian authorities had not planned for. In short, they were not prepared for the 2015 movement of the thousands of refugees and migrants who chose the West Balkan route as the most optimal way towards EU countries, where they hoped to get protection and apply for asylum as enshrined in the 1951 Refugee Convention and its 1967 Protocol and associated human rights law. The Greek asylum system was overwhelmed and not capable of processing the high number of refugees and migrants entering the country mainly from Turkey. So, with Greece as a hub, the route took them to North Macedonia and into Serbia, from where they could enter the EU via Hungary. The so-called Western Balkan Route. Most continued through Austria and into Germany, where many stayed, or further north towards Sweden. It was not just North Macedonia that was ill prepared, it was also the EU. Blatant violations of human rights towards the refugees and migrants took place along the routes from their countries of origin. Many lost what was most precious; their lives. 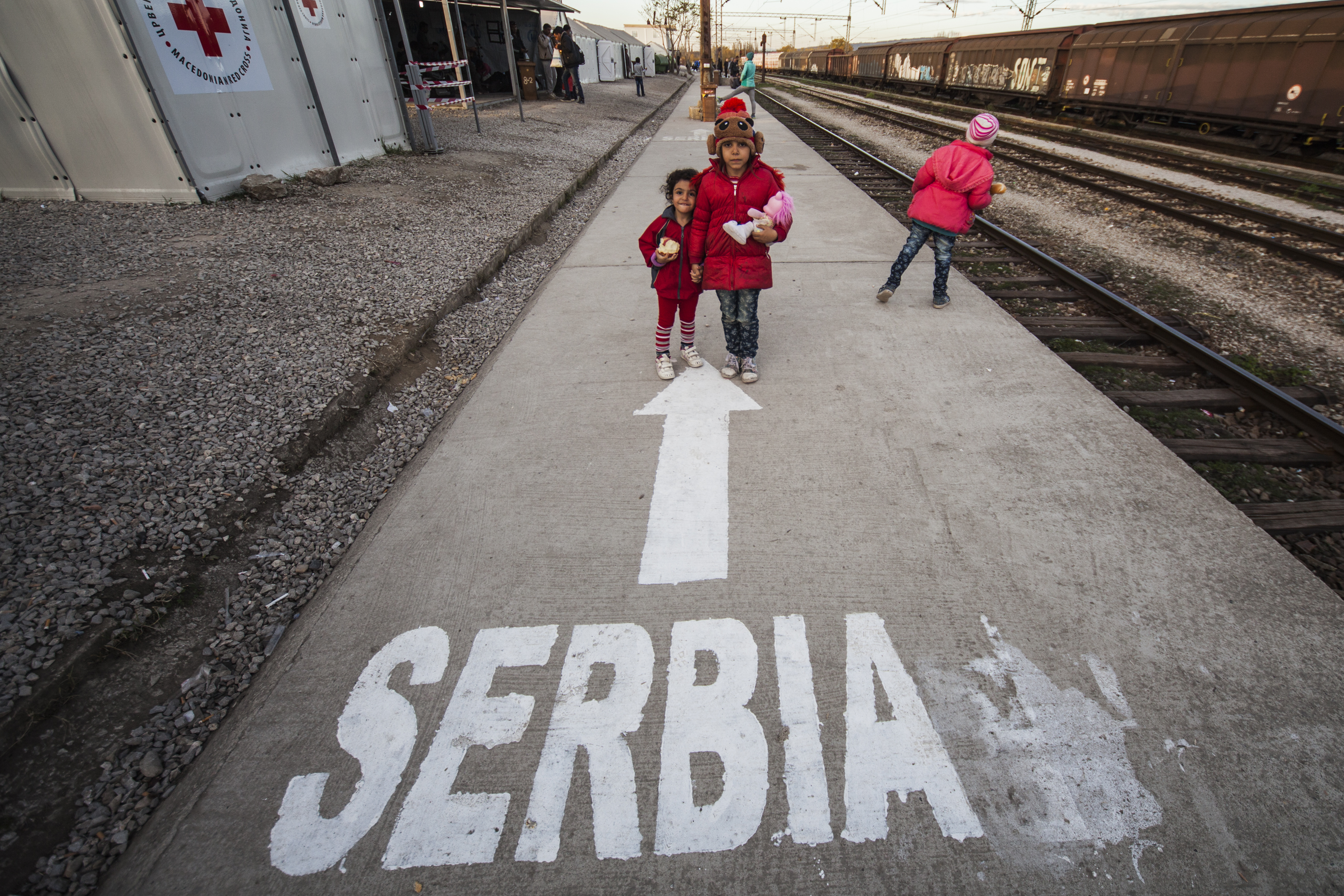 There was little preparedness by the EU, UN, NGOs, civil society and nation states to counter the human rights violations by both state actors and individuals. The Syrian refugee crisis had started already in early 2011. Millions had fled since then. The Afghan refugee caseload still counted millions, while many refugees and migrants continuously left their countries of origin from such places as Iraq, Eritrea, Pakistan, Nigeria and many more. Each human being is carrying her or his own story, but the reasons to flee or migrate are similar in nature -- the rule of law in their home country breaks down and they are exposed to violence, discrimination and other human rights violations, while others are seeking economic and educational opportunities in their quest to escape poverty. All of them depend on the rule of law to find protection in other more secure countries.

Turkey hosted millions of refugees and migrants in 2015, both registered and unregistered. Many of those had no wish to stay in Turkey but wanted instead to seek asylum in Europe. Considering that Turkey is neighbouring Greece and the EU, it is, in hindsight, incredible that there was no realistic and implementable contingency plan in place that foresaw the possibility of a mass influx of people to Europe. While the 2015 European refugee crisis was a defence for both humanitarian and human rights preparedness, there is no doubt that a number of challenges remain and many of these are recurrent in nature.

To garner effective and realistic support to alleviate human suffering, a public outcry with media coverage and political capital is often key. However often this is not enough. One can argue that we have a moral responsibility to assist when there is a clear breach of rights: this is a valid argument, but one that rarely leads to conducive action. Preparing for emergencies that may happen, and where no violations of rights have yet happened, is unfortunately not easy. For example, the nature of the funding structure to humanitarian organisations and support to civil society is often inefficient and based on a one-year framework. The short-sightedness of approaches to funding makes it challenging for actors to plan for situations where there is a high likelihood that an emergency will happen, although research shows that there is a clear cost-benefit by having funds in place in advance of the many hundreds of emergencies that take place annually. Funds allow agents to plan; they also allow them to react at the onset of an emergency and thereby save lives and protect the rights of people. At the World Humanitarian Summit in 2016 an attempt was made by donors and humanitarian organisations to enhance the efficiency and effectiveness of programming by improving the humanitarian financing system through the Grand Bargain. However, there are still many obstacles to that system. 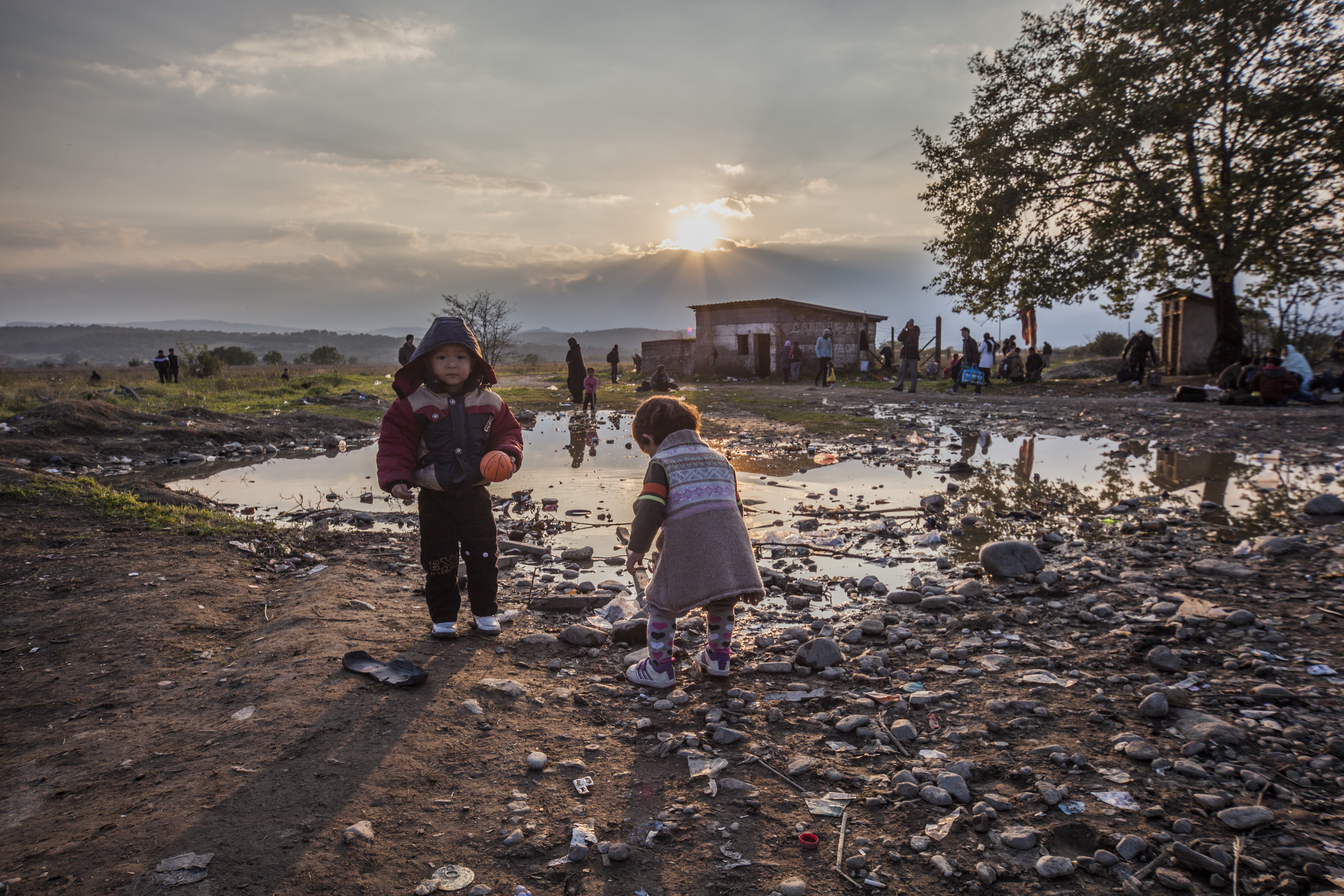 The rise of nationalistic anti-immigration and anti-refugee political movements and parties in Europe and the US does not make it easier to set aside resources for preparedness in future crisis situations for refugees and migrants. Instead, vast resources are put into preventive measures at the borders of Europe, which also includes penalising NGOs working in the Mediterranean region to save lives. Ironically, such policies lead to severe violations of rights outside the EU with loss of lives at sea, and in Libya -- a primary transit country for refugees and migrants, but also a country with a dysfunctional and fragmented state, where the rule of law is dramatically reduced if not broken down completely. Somehow the shift of violations from inside the EU to outside its external borders seems to be more easily digestible for the Union. From a legal perspective that makes sense, but from a moral perspective it is highly questionable. Forty percent of the almost 80 million displaced are children; the most vulnerable are often children on the move, who are easily exposed to abuse and violence, especially where they are unaccompanied or separated. It is estimated that on average one child dies each day on the Mediterranean sea. 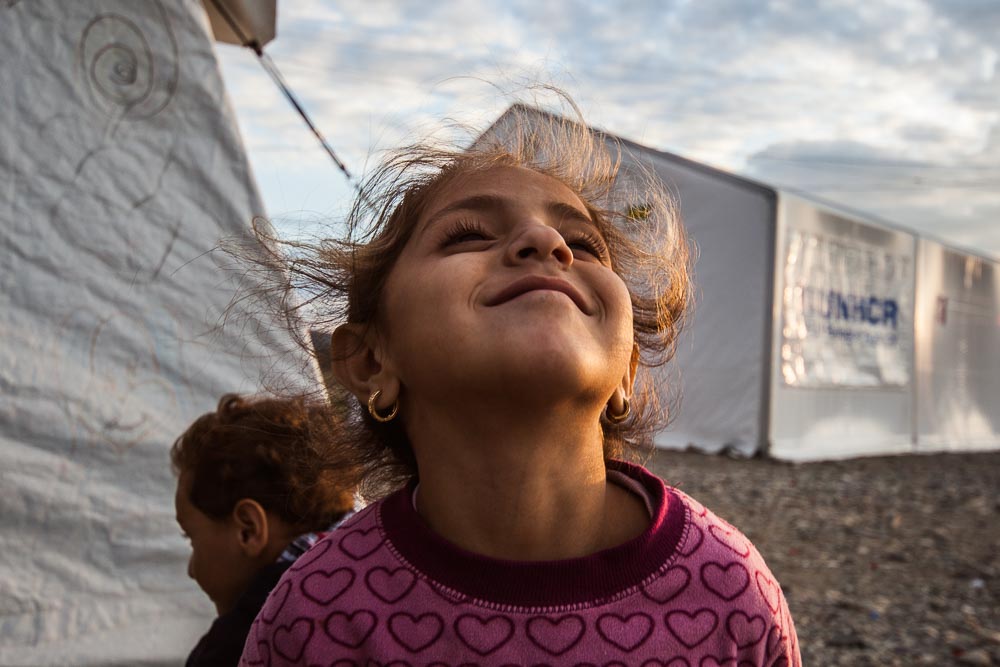 An important question to raise is what level of preparedness can be expected in any given crisis, whether faced with a violent conflict, hunger, natural disaster, displacement or a pandemic? While contingency planning can foresee certain scenarios, there is no perfect crisis management system and therefore no perfect human rights preparedness in a crisis. However, we do need to strive for the best possible and continue to raise the bar each time it is lowered. Learning from the crises of the past will prepare us for the crises of the future. We need to pursue these efforts through advocacy and strengthened networks of human rights defenders. Having measures in place that can be activated at the onset of a crisis, will enable state as well as non-state actors, to respond and, in the end, ensure that human rights are upheld more effectively. 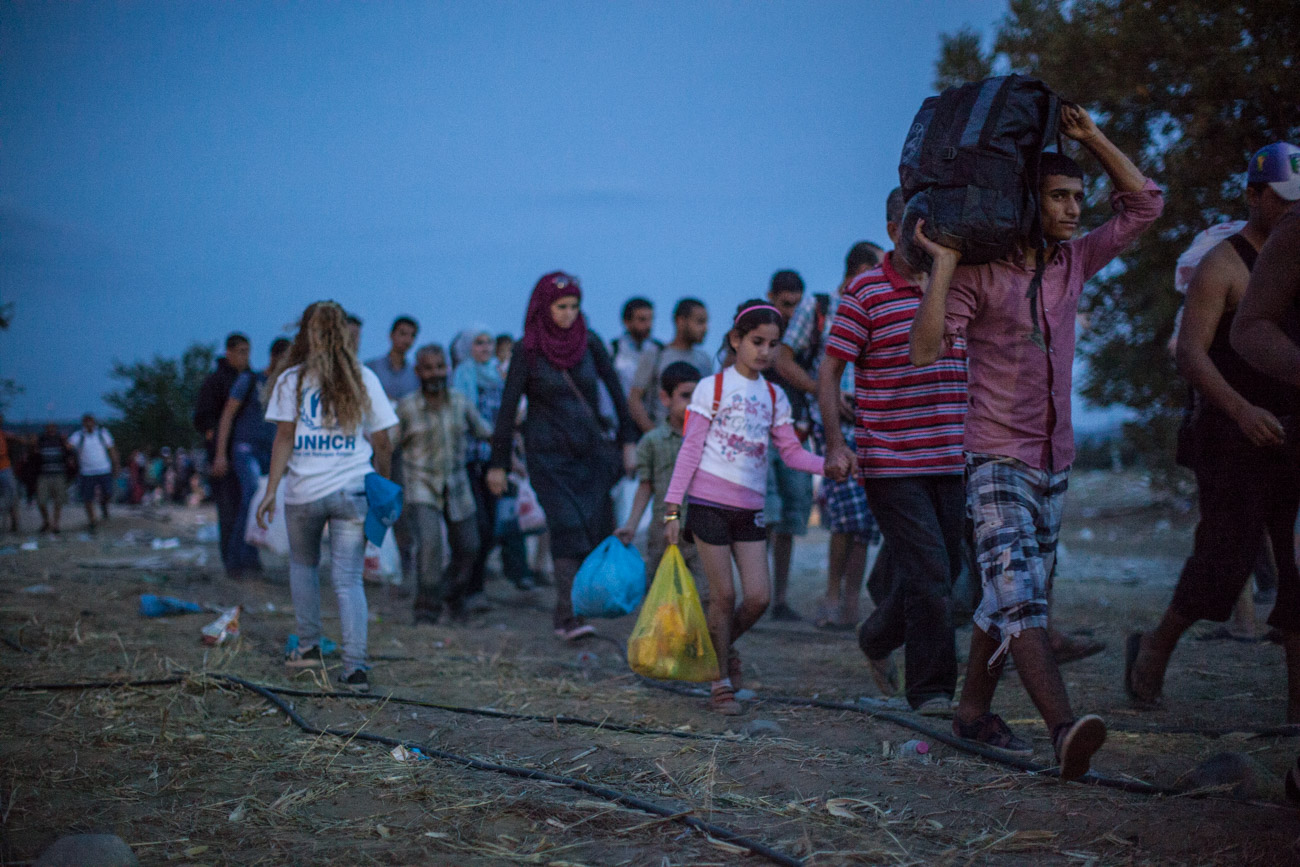 Adam graduated in 2007 from the EMA and is the current President of the EMAlumni Association. He has since worked for the UN Refugee Agency in Afghanistan, Sudan, North of Macedonia and Switzerland, for the Danish Refugee Council in Denmark, the EU in Georgia and currently for UNICEF in Denmark. Visit his website www.adam-jacobi.com to learn more.