The Global Campus of Human Rights is an international network for education, training and research in human rights and democratisation mainly funded by the EU. The origins of the Global Campus date back to a pioneering initiative of the European Commission and Prof. Antonio Papisca of the University of Padova. In 1997, with the support of 10 universities, they established the European Master in Human Rights and Democratisation (EMA). In 2002, participating universities from all EU Member States formally established the European Inter-University Centre for Human Rights (EIUC), a non-profit association under Italian law based in Venice. In parallel, similar Master’s Programmes funded by the European Union were established in six other regions (Africa, South East Europe, Asia-Pacific, Latin America and the Caribbean, the Caucasus Region and the Arab World). In each region one university took the coordinating role. In 2012, the European Commission requested EIUC to become the umbrella organisation for all regional Master’s Programmes in partnership with the coordinating universities.

After a gradual process of transformation, in February 2019 the EIUC Assembly revised the organisation’s statute and changed its name to ‘Global Campus of Human Rights’, to reflect the global nature of its composition and governance. At the first meeting of the enlarged Global Campus Assembly, held in Pretoria in December 2019, the EIUC Administrative Board was replaced by the Global Campus Council, consisting of 15 members from all regions.

Of the roughly 100 universities participating in the seven Master’s Programmes, a total of 74 have so far become full members of the Global Campus. Our governing structure is thus a true example of global governance.

As laid out in its Statute, the Global Campus is governed by the Assembly, the Council, the President, the Vice-President(s), the Honorary President(s), the Secretary General, an Advisory Board and a Statutory Auditor. These statutory bodies are assisted by specialised working groups such as the Academic Affairs Committee, the Working Group on Budgetary Issues and the Working Group on the Global Campus Vision.

The Assembly is composed of the Rector, Vice-Rector or a professor designated by each member university. The Assembly meets at least once a year and supervises the implementation of policies.

The Council (board of administrators) has the general powers of extraordinary and ordinary administration (except for matters reserved to the Assembly), and adopts the annual work programme, budget and financial statement of the Global Campus.

The Global Campus Council for 2019-2023 includes the following 15 members:

The Secretary General bears primary responsibility for overall management, including administration of the European Commission grant and financial contributions made by other organisations.

Manfred Nowak has been appointed as Secretary General of the Global Campus of Human Rights in January 2016 (when it was still the European Inter-University Centre for Human Rights and Democratisation, EIUC).

He is Professor of Human Rights and Director of the Vienna Master of Arts in Applied Human Rights at the University of Applied Arts in Vienna.

He served in various expert functions, such as UN expert on enforced disappearances (1993-2006), UN Special Rapporteur on Torture (2004-2010), judge at the Human Rights Chamber for Bosnia and Herzegovina (1996-2003) and Vice Chairperson of the EU Fundamental Rights Agency (2013-2018). In 2016 he was appointed Independent Expert leading the UN Global Study on Children Deprived of Liberty.

He is author of more than 600 publications in the fields of public and international law and human rights. 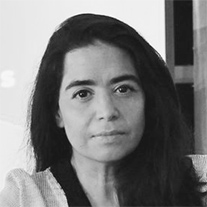 Veronica Gomez is the current Global Campus President. She was appointed by the GC Assembly at its meeting of 11 December 2019 in Pretoria (four-year mandate).

She is the Co-Director of the Master’s Programme in Human Rights and Democratisation in Latin America and the Caribbean (LATMA) organised by the University of San Martin in Buenos Aires. She has also served as Chairperson of the former Global Campus Council since 2015.

SHer professional path includes her role as Principal Specialist at the Inter-American Commission of Human Rights of the Organisation of American States in Washington (1998-2009) and as a Senior Advisor on Human Rights at the Ministry of Foreign Affairs of Argentina (2010-2011). 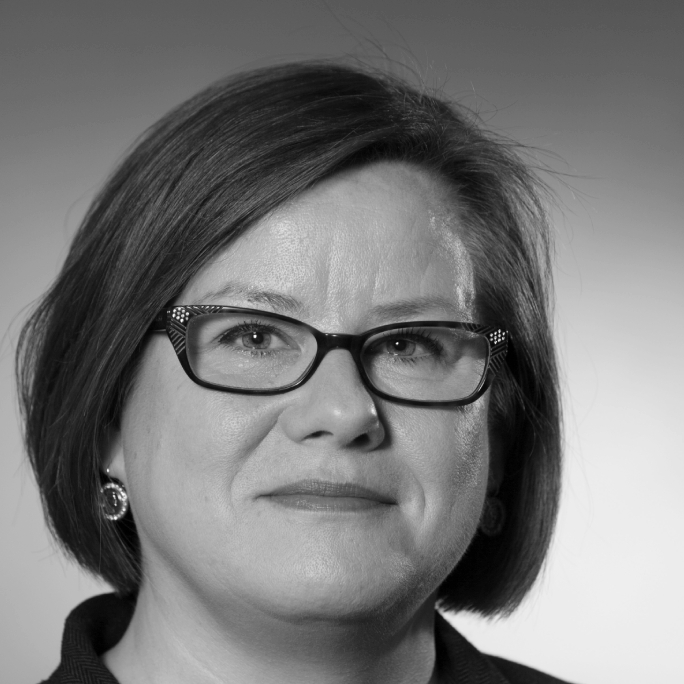 Elina Pirjatanniemi is Professor of Constitutional and International Law at Åbo Akademi University in Turku, Finland. Furthermore, she is the Director of the Institute for Human Rights at the same university.

She is an expert on human rights, as well as asylum and migration law, and on the relationship between human rights and criminal justice.

Her current research interests include vulnerable groups with a particular focus on irregular migration. Pirjatanniemi has a strong commitment in higher education development in the field of human rights and serves as one of the Vice-Presidents of the Global Campus of Human Rights. 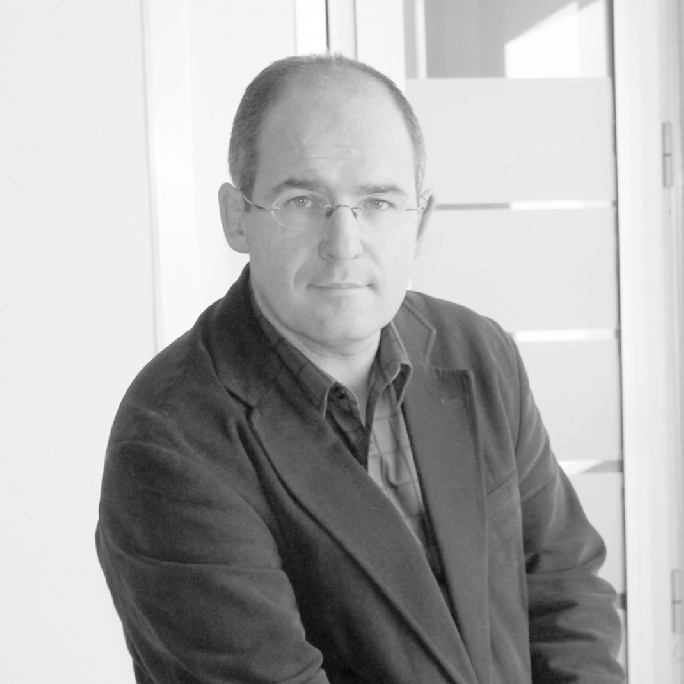 Felipe Gómez Isa is Professor of Public International Law and researcher at the Pedro Arrupe Institute of Human Rights of the University of Deusto (Bilbao, The Basque Country, Spain).

He was Spanish Representative before the UN open-ended working group for the adoption of the Optional Protocol to CEDAW.

He has been Director of the UN Fellowship Programme for Human Rights Education to Latin American indigenous peoples. He has published extensively on issues such as international protection of human rights, transitional justice or indigenous peoples' rights.

He is National Director of the EMA and Vice-Dean for International Relations of Deusto Law School. 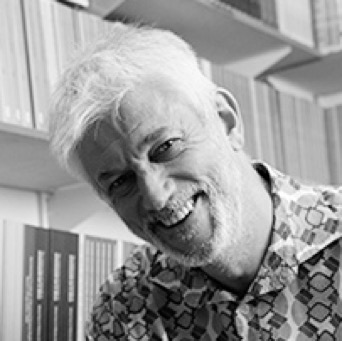 Frans Viljoen is the Director of the Centre for Human Rights in the Faculty of Law, University of Pretoria.

His area of research is regional human rights protection, with particular emphasis on the African Union human rights standards, institutions and processes within their socio-economic and political context.

Since 2017 he has been serving as founding editor of the African Human Rights Yearbook and the Global Campus Human Rights Journal.

He has served as visiting professor at several universities worldwide. Frans leads a number of teams that supported aspects of the mandate for special mechanisms of the African Commission on Human and Peoples’ Rights.

Elected by the Assembly from persons of high moral and cultural standing, he/she may take part, as an adviser, in any meeting of the Global Campus's organs and be invited to relevant events.

The first woman to be elected President of Ireland (1990-1997) and former United Nations High Commissioner for Human Rights (1997-2002), Mary Robinson gained an international recognition for her commitment to human rights, democracy, climate justice and peace.

She advocated for human rights, women’s equality and LGBTI rights as a barrister in Irish courts and the European Court of Human Rights, including the landmark case Norris v. Ireland (1988).

Mary Robinson also co-chaired with Paulo Sérgio Pinheiro the Panel of Eminent Persons advising the Swiss government on an agenda of human rights on the occasion of the 60th anniversary of the Universal Declaration of Human Rights in 2008, where Manfred Nowak served as Rapporteur of the Panel. Today, she still holds various positions, such as Chair and Founding Member of The Elders and President of The Mary Robinson Foundation – Climate Justice.

During her time as United Nations High Commissioner for Human Rights, Mary Robinson was closely cooperating with the European Master’s Degree in Human Rights and Democratisation (E.MA) and paid several visits to the Campus in Venice.

Facilitated by Dzidek Kedzia, then Senior Adviser to the High Commissioner and now GC Honorary President, Mary Robinson signed in 1999 an MoU with EMA Founder Antonio Papisca, which laid the foundations of the current cooperation between the Global Campus and OHCHR. She serves as GC/EUIC Honorary President since 2006, and in 2011 she was awarded with the EIUC Medal of Honour by then EIUC President, Prof. Horst Fischer, as a tribute to her long-lasting efforts in the promotion and protection of human rights. 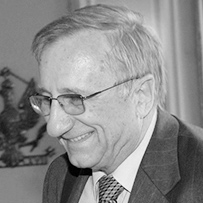 Dzidek Kedzia teaches International Human Rights law and Constitutional Law at the Adam Mickiewicz University in Poznań (Poland), and is the Polish national director for the European Masters in Human Rights and Democratization (EMA). He served as GC / EIUC President from May 2016 till December 2019.

He has been the Minister-Counsellor in the Permanent Mission of Poland to the United Nations in Geneva (1991-1994) among others: General Rapporteur of the II World Conference on Human Rights (1993), Rapporteur of the 54th session of the Commission on Human Rights, Chairman-Rapporteur of the Drafting Group of the Optional Protocol to the Convention against Torture. 1994-2005 – Senior Adviser to the High Commissioner for Human Rights, director of the Activities and Programmes Branch and of the Research and Right to Development Branch. He is also member of the UN Committee on Economic, Social and Cultural Rights since 2009.

The Advisory Board consists of representatives of partner organisations or eminent human rights experts proposed by the Global Campus regional hubs. Its main task is to provide advice on the contents of the education, training and research activities implemented by the institution.

The Supervisory Body, which serves for a term of three years and may be re-appointed once, monitors compliance with legal and statutory provisions, with principles of good administration, adequacy of the organisational and administrative structure and bookkeeping. In December 2019 the Assembly appointed Elisa Mormile as the auditor.