European solidarity towards people fleeing the war in Ukraine exposes discriminatory treatment of other asylum seekers. The decision to activate the Temporary Protection Mechanism to provide immediate protection to Ukrainian refugees shows that when there is political will, another approach is possible.

European solidarity with Ukrainians fleeing Russian invasion of their country contrasts with the cruel way Afghans, Iraqis and other asylum seekers trapped at Poland’s border with Belarus in November 2021 were treated. Not to mention the way the European Union (EU) responded to the so-called refugee crisis of 2015. Although this outbreak of solidarity deserves praise, the selectivity of the response compared to past migrant crises highlights a double-standard protection system that calls into question the principle of non-discrimination.

Non-discrimination is an integral part of the principle of equality. It guards against unjust distinction in the treatment of different groups or individuals on the basis of race, colour, sex, age, language, religion, political or other opinion, national or social origin, property, disability, birth or other status. This includes providing access to asylum procedures, the protection of non-refoulement and of collective expulsions.

Significantly, the principle of non-discrimination influences the enjoyment of all other human rights. Indeed, the preamble to the Convention Relating to the Status of Refugees affirms the principle enunciated in the Charter of the United Nations (especially Articles 6 and 14 thereof) that human beings shall enjoy fundamental rights and freedoms without discrimination. The 1951 Convention was adopted with the aim of guaranteeing refugees the exercise of such rights. Although the non-discrimination clause of Article 3 is limited to race, religion or country of origin, in the light of the intention as expressed in the Preamble, one may conclude that contracting states may not discriminate between different groups of refugees.

Temporary protection to people fleeing from Ukraine
According to the UNHCR more than four million refugees from Ukraine crossed borders into neighbouring countries in the first weeks of the war, and many more were forced to move inside the country. The images of women and children fleeing the war provoked by the Russian military intervention has sparked an unprecedented wave of solidarity in neighbouring Poland and Moldova and in all EU countries. For the first time the Temporary Protection Mechanism was triggered to provide immediate and temporary protection to the mass arrivals of displaced people from Ukraine unable to return to their homes. Further, the European Council agreed a 10-Point Plan for the reception of people fleeing Ukraine, including an allocation of 17 billion euros.

The Temporary Protection Directive, which was adopted in 2001 following the armed conflicts in the former Yugoslavia, is an exceptional measure meant to enable EU member states to move rapidly to offer protection and rights to people in need of immediate protection when there is a risk that the national asylum systems will be overwhelmed. Its objective is to promote a balance of efforts on the basis of solidarity between member states in receiving a mass influx of displaced persons from non-EU countries and bearing the consequences thereof. Due to the scale of estimated arrivals from Ukraine, the European Commission identified a clear risk that the asylum systems of EU countries would be unable to process applications efficiently, which would in turn adversely affect the rights of people applying for international protection.

Although invoked several times in the past, the directive has never been activated before, because the European Commission and the Council simply had no political will to do so. This time, the EU wanted to provide a real humanitarian channel, exceptionally and only to Ukrainians fleeing the war. They cannot be summarily expelled at borders and their right to access the asylum procedure is guaranteed without any discrimination. There is no application process and the persons wishing to avail themselves of the rights attached to temporary protection or adequate protection only have to demonstrate their nationality, international protection or equivalent protection status, residence in Ukraine, or family link, as appropriate. In its operational guidelines regarding implementation of the directive, the European Commission furthermore insists that, when assessing whether a person is entitled to temporary protection or adequate protection under national law, member states should base their decision solely on the general situation in the country of origin.

This temporary protection may be extended automatically by two six-monthly periods, for a maximum of another year. It guarantees access to employment, access to suitable accommodation or housing, access to social welfare or means of subsistence if necessary, access to medical care, and access to education for persons under 18 years. It also provides opportunities for families to reunite in certain circumstances, to move to another EU country, before the issuance of a residence permit and to move freely in EU countries (other than the member state of residence) for 90 days within a 180-day period after a residence permit in the host EU country is issued.

A selective and discriminatory response
The reaction to Ukrainians is markedly different to asylum seekers and refugees from Asia, Africa and the Middle East, whose access to asylum has been denied without any consideration to the situation in their country of origin and with forced return to neighbouring or third countries in violation of the right to seek asylum and the principle of non-refoulement. At the time Temporary Protection to Ukrainians was agreed, an IOM charter flight repatriated 98 migrants from Belarus to Iraq with EU support. The Polish police force was authorised to summarily expel Afghan, Iraq and other migrants and to ignore asylum applications in their border. Push-backs and expulsions at EU external borders, exerted with some violence by the forces of law and order, happen constantly (both in Croatia and Serbia and in Melilla). The situation further deteriorated after large numbers of people arrived in 2015 and 2016, as the allegations of serious forms of ill-treatment at borders show. The European Border and Coast Guard Agency (Frontex) have been accused of being involved and covering-up pushbacks of asylum seekers in the Aegean.

Why is it that the Temporary Protection Directive was not implemented to respond to mass displacements from Tunisia and Libya following the Arab Spring, when nearly one million asylum seekers and migrants, mostly Syrians fleeing the civil war, arrived on Greek shores in 2015? What is happening with the more than 761,000 asylum applications pending resolution?

Non-Ukrainian asylum seekers feel abandoned. The exclusion of non-Ukrainian nationals with short-term residence permits has already led to the EU being accused of discrimination in favour of 'white Christian Ukrainians', to the disadvantage of Syrians, Afghans and other non-white, non-ethnic European asylum seekers.

All these are explicitly excluded from the exceptional mechanism of Temporary Protection and fall into the internment camps, bureaucratic labyrinths and externalisation strategies of the current asylum system. This is part of the ‘effective, humanitarian and safe European migration policy implemented since 2015, which has been characterised by lack of solidarity and shared responsibility among states, focusing on control and return of migrants and refugees, rather than on ensuring respect for the human rights of migrants and asylum seekers. While Ukrainians are enjoying freedom of movement in the EU, asylum seekers from non-European nationalities in Italy and Greece are held in inadequate and unsanitary conditions in reception and sorting centres, hotspots that have become detention centres where migrants and asylum seekers are awaiting readmission to Turkey or deportation to their countries of origin.

With political will, another approach is possible
The EU's policy on migration control is part of a global process of containing unwanted migration and refugee flows. This process has been accompanied by a steady erosion of the rights of migrants and refugees and asylum seekers to enter and settle in developed countries. Forced migrants are perceived as a problem for national identity and social cohesion, and even as a threat to national security. Since the so-called migration crisis of 2015, racist and xenophobic speech criminalising migrants and refugees has proliferated with impunity. Moreover, EU member states have resorted to criminal law measures to deter migrants and asylum seekers from entering or staying in their territory in an irregular manner, as well as those engaging with them—thus criminalising hospitality and solidarity.

The EU’s unprecedented response to the Ukrainian people demonstrates that when there is political will, another approach is possible. European states have the capacity to respond to the protection needs of asylum seekers with a more humane policy. The Ukrainian crisis opens the possibility to implement the EU Action Plan on Integration and Inclusion 2021-2027 and to adopt a true New Pact on Asylum and Migration based on solidarity and burden-sharing. 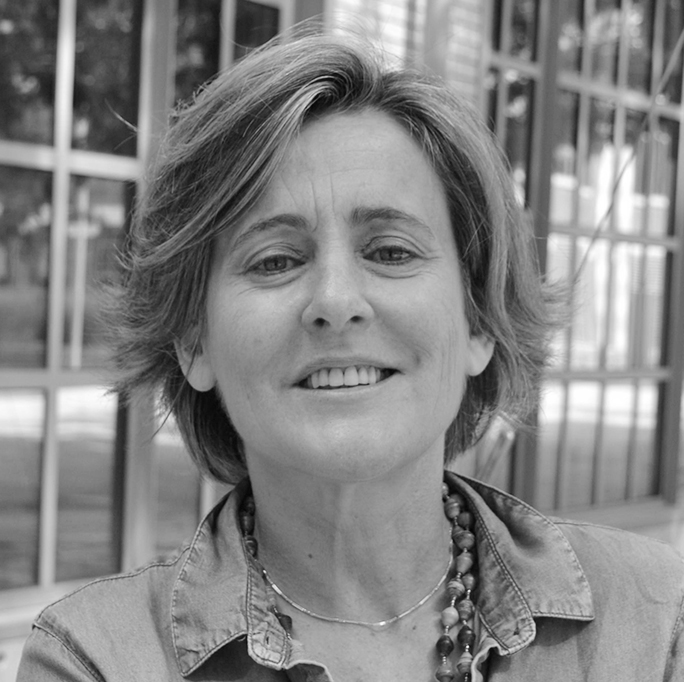 Cristina Churruca Muguruza is Associate Professor and Senior Researcher at the Human Rights Institute of the University of Deusto in Spain. Her main areas of research are human security, protection of forced displaced people and current trends and challenges in humanitarian action and peacebuilding. She teaches in the EMA programme.