A Job to Die For? Journalists at risk in Latin America

A Job to Die For? Journalists at risk in Latin America

Professional assassins are murdering more and more Latin American investigative reporters with impunity. Who are the perpetrators? What can be done to safeguard the media in the firing line?

Roberto Toledo, a 55-year-old Mexican, was a contributor to the media website Monitor Michoacán. Every morning he would cross Zitácuaro, a small city in the western central region of the country, to go to the law office from where the news portal also operated. He had been afraid since the end of 2021, following publication of an article, ‘Cheap works or arrangements between friends?’, in which he pointed out the alleged corruption in the public works financed by the municipal presidency.

At noon on January 31, Toledo bought a drink before returning to his office. The cameras that recorded his death show two young hitmen getting off a motorcycle and waiting for him at the door. They greet each other. They ask for el licenciado—the lawyer. Roberto confirms it is him. The dialogue that follows is inaudible on the recording: the three enter the building and in less than ten seconds, the two men unload eight bullets into Toledo's back, exit the door and run off, revolvers visible in their hands.

Corruption, threats, trained assassins; lack of protection, arrests or prosecutions. The key points of Toledo's story are a blueprint for what has been happening to local media in some Latin American countries for years. Even so, 2022 marks a dramatic increase in the intensity of the phenomenon: in the first four months of the year 13 journalists have been murdered, almost one per week.

For the first time in a decade, 2021 witnessed a global decline in the number of deaths of media personnel, as shown by Reporters Sans Frontieres (RSF) in its annual report. The UNESCO observatory of killed journalists reported 14 assassinations in Latin America countries: Mexico (9), Colombia (1), Brazil (1), Haiti (1), Ecuador (1), Guatemala (1), making it the region with the second highest number of murders behind Asia Pacific (23). In 2020, the International Federation of Journalists (IFJ)reported that out of 42 journalists killed around the world, 15 died in Latin America, 13 of these in Mexico.

How did we get here?
The last 30 years have marked alarming trends worldwide: according to the IFJ, 2,658 journalists have been murdered, an average of 90 per year. In this context, Latin America and the Caribbean was the second most dangerous region in the world, with 574 murders, surpassed only by Asia Pacific (683). According to the study, globally, two out of three perpetrators were not identified and at least 90 per cent have gone unprosecuted: impunity in numbers. In this respect, the data provided by the UNESCO observatory complements the reading at regional level: of the 364 murders of journalists in Latin America and the Caribbean in the last 25 years, only 66 have been resulted in a court case—a mere one out of six.

What has characterised many of the murders of journalists in Latin America in the last decade? Not coincidentally, they fit the description of what happened to Toledo. Let's review: the first distinct feature is that contrary to what one might assume, 56 per cent of the murders were of journalists working in small municipalities (less than 100,000 inhabitants) and covering local issues, that is, far from the ‘star journalists’ who influence the national or international agenda. The second element is that nine out of 10 of those killed were male. Third, the overwhelming majority, 92 per cent, did not occur during risky journalistic coverage, such as clashes between armed groups. In other words, the murders were planned and most victims had received threats prior to being killed. Fourth, most of the murdered journalists covered politics (39 per cent), corruption or organised crime. The main targets of the killers, then, were local journalists on the ground denouncing illicit activities in their region. The fifth and last predominant characteristic is the location where the murder took place: 58 per cent were killed near their offices or homes. In all cases, the perpetrators followed the journalists in advance and acted in a premeditated manner.

In February, RSF published Under Risk, a detailed analysis on the protection mechanisms in Brazil, Colombia, Mexico and Honduras, where 140 deaths of journalists occurred in the 2011-2020 period: 39 per cent covered political issues and 92 per cent were killed by professional assassins. Under Risk highlights the important structural failures that prevent the correct application of different programmes and strategies. In all cases, institutional deficiencies such as failures in protection policies and shortcomings in the legal field, generate a perception of distrust of journalists, reinforced by hostile speeches by public authorities towards the work of journalists. In addition, there is insufficient co-ordination between protection mechanisms and prosecutors' offices.

Moreover, state agents at different levels—police, judges, officials of various ranks—are almost always identified as the main perpetrators of violence against journalists. Within this group, it is important to mention the leaders of these countries, many of who publicly stigmatise the media in particular situations of conflict.

Most affected countries
About 80 per cent of the cases reported in Latin America took place in Brazil, Colombia, Mexico and Honduras; in the last decade, and they occupy the 110th, 145th, 127th, and 165 th rank respectively out of the 180 countries that make up the 2022 World Press Freedom Index. Perhaps these numbers explain why the office of the Special Rapporteur on Freedom of Expression of the Inter-American Commission on Human Rights (IACHR) has reported on three of them in the last decade: Mexico (2015, 2018), Honduras (2015) and Colombia (2013). In this regard, it is worth mentioning the document by the Committee to Protect Journalists which shows that, during the COVID-19 pandemic, patterns of violence and stigmatisation against journalists persisted in countries such as Mexico, Honduras, Colombia, Brazil and Venezuela.

With 11 journalists murdered in the first five months of 2022, Mexico remains the deadliest country in the world for the press. Structural violence dates back decades and is far from finding an end: criminal groups maintain territorial control in different parts of the country and the positions of local authorities vary between conflict and connivance. In between, the voice of journalism is silenced by bullets. As an IFJ report points out, the result is that almost 95 per cent of these murders remain without conviction or any allocation of responsibility.

Structural violence, violence against women
While the murder of journalists is the most extreme form of censorship, it is far from the only type of attack to which they are exposed. Continuous threats and structural violence, physical and verbal aggression, harassment, criminalisation campaigns and the bringing of criminal charges for offences such as libel or defamation are part of the range of violence against media professionals in the region.

These points are central if measures are to be taken against violence suffered by women in the media. UNESCO, RSF and IFJ statistics show that in recent years female journalists accounted for one in 10 deaths. But if we go beyond the numbers, we see a much more complex picture. This is what the International Women’s Media Foundation (IWMF) attempted to depict with the 2018 publication describing different types of gender-based violence against women journalists. It showed that 63 per cent of female journalists interviewed had been threatened online, 58 per cent personally and 26 per cent had suffered physical attacks.

Thus, Pedro Vaca Villareal, the Special Rapporteur for Freedom of Expression of the Inter-American Commission on Human Rights (IACHR), stated in its latest report that gender-based violence against woman journalists continues to be a major concern:

Death threats, harassment and stigmatising messages against journalists who cover issues of public interest linked to corruption and drug trafficking, and those who denounce macho violence, continue to be a major challenge in several states.

What can be done?
In June of this year, the murders of British journalist Dom Phillips and indigenous expert Bruno Pereira in Brazil sparked global media and political repercussions, including strong condemnation from the Special Rapporteur for Freedom of Expression ( RELE ) of the Inter-American Commission on Human Rights. Their deaths occurred in the Javari Valley, in the state of Amazonas, a remote area affected by clandestine activities and where most of the country's indigenous people live. Brazilian president Jair Bolsonaro had challenged Phillips on environmental matters some time ago and his government is now under pressure to step up its investigation into the murders.

The case reveals a common rule: the international community is a fundamental actor in the protection of journalists as it can generate a high degree of awareness and force states to assume their responsibilities, something evidenced in different reports such as that on violence against journalists and media workers by RELE. In addition, the support of media and journalism associations or guilds is essential when it comes to providing general dispositions, resources, protocols and training on safety and risk management issues, as suggested in the UN Plan of Action on the Safety of Journalists, and, of course, in dealing with actual attacks on journalists. On this point, it is essential that civil society organisations also have a voice in planning and implementation of protection measures.

Finally and vitally, it is urgent that states reinforce comprehensive and effective safety measures for journalists and media professionals. Public policies such as complaint mechanisms, risk assessment, protection and support plans are the minimum requirements in addressing structural violence against the media.

This is a new post by Ezequiel Fernandez, the blog’s regional correspondent for Latin America and the Caribbean. Upcoming posts by Ezequiel will examine issues such as migrants’ rights in the context of regularisation policies and COVID-19 in Argentina, and the Dominican Republic’s anti-Haitian racism.
The GCHRP Editorial Team 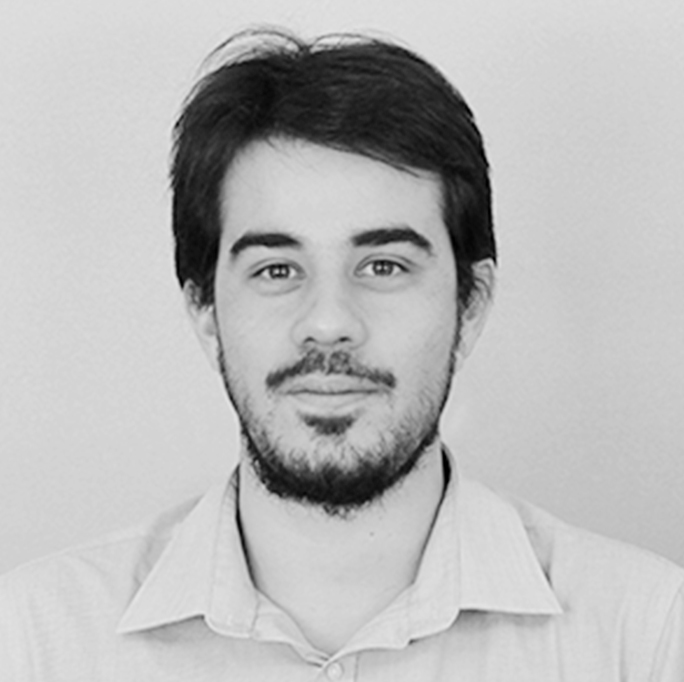