Two well-known human rights NGOs from the Russian Federation were banned by the decisions of its judiciary in December 2021. It is a case study that reveals the link between a corrupt judiciary and an authoritarian state for which human rights are the greatest threat.

The year 2021 ended with very worrying news about the observance of human rights in Russia. On December 28, the Supreme Court of the Russian Federation ruled in favour of closing International Memorial, a human rights organisation set up in the 1980s by a group of dissidents, including the Nobel Peace Prize winner Andrei Sakharov, with the purpose of ‘studying political repressions in the USSR and in present-day Russia and promoting moral and legal rehabilitation of persons subjected to political repressions’. The following day, December 29, the Moscow City Court decided to close the Memorial Human Rights Center, a non-governmental organisation close to International Memorial in Moscow. These two decisions were made on the grounds of alleged systematic violation of the ‘Foreign Agents’ Law, which actually has been deemed to be contrary to international law. These judgments shocked the entire community of human rights organisations, and were described by one of the Memorial's lawyers as identical to the decisions of the Soviet courts in the 1930s—a very apt characterisation of the situation.

It did not matter that, in the trial, Memorial brought to its support more than 127,000 signatures and testimonies of those who discovered the sad past of their families during the Stalinist period. The public statement in support of Memorial from Mikhail Gorbachev and Dmitry Muratov, the editor of this year's Nobel Peace Prize winner Novaya Gazeta, did not matter either.

At the Moscow trial, the Memorial Human Rights Center was accused of advocating ’terrorism and extremism’ as its annual list of political prisoners included some inmates designated by authorities as extremists or terrorists. The prosecutor Alexei Zhafyarov accused International Memorial of ’seeking to create a false image of the USSR as a terrorist state’, as well as ’rehabilitating Nazi criminals’. The same prosecutor claimed: ‘Why should we, descendants of the victors, be ashamed and repent, rather than take pride in our glorious past? Memorial is probably paid by someone for that’. This kind of reasoning is very similar to that currently used by Vladimir Putin in his dealings with Ukraine, with nostalgia for the Soviet period being at the heart of the arguments used by the Russian president who considered the demise of the USSR ’the greatest geopolitical catastrophe of the twentieth century’.

The liquidation of these two organisations is part of a series of concerted actions by the Kremlin against dissidents during 2021, beginning with the incarceration of Alexei Navalny and continuing with the closure of several NGOs and media organisations. Navalny's collaborators are frequently arrested and convicted, and recently, OVD-Info, a website that monitors abusive arrests, was blocked on the basis of a decision by the Lukhovitskiy District Court of the Moscow Region, having been adjudged a ’foreign agent’.

Reactions to these trials in Moscow were not long in coming. The Special Rapporteur on the situation of human rights defenders Mary Lawlor said that the potential dissolution of the Memorials is of symbolic significance. The UN High Commissioner for Human Rights Michelle Bachelet condemned the closure of the two NGOs. And Amnesty International described the move as an insult to the victims of Stalinism. Auschwitz-Birkenau Museum director Piotr Cywiński tweeted that ‘a power that is afraid of memory, will never be able to achieve democratic maturity’. Political reactions followed too: the UK Foreign Secretary Liz Truss said she was ’deeply concerned’, and US Secretary of State Antony Blinken denounced ’the persecution of both organizations’ as ’an affront to human rights everywhere’. The German government said such a closure violates Russia's international human rights obligations. Also the European Parliament condemned what it called Russia’s politically motivated attempt to shut down the two organisations.

Notably, International Memorial and the Memorial Human Rights Centre together with other Russian NGOs submitted a joint application to the European Court of Human Rights (ECtHR) in February 2013 to complain against their inclusion into the ‘foreign agents’ list. This application was communicated to the Russian government in 2017. On 29 December 2021 the ECtHR ordered Russia to suspend, for a period that would be necessary for the Court to consider the application, the enforcement of the two Russian judgments to prevent the forced dissolution of both organisations.

These two judgments by Russian courts mark the confrontation of two visions of what the USSR represented. Part of Russian society considered the Soviet state to have been criminal and abusive throughout its existence after 1991. Politicians strongly linked to the USSR believe that the disappearance of the Soviet state was a huge mistake. Vladimir Putin belongs to the latter category.

As in the USSR, Russia today has managed to completely subordinate its justice system and use it to achieve its political goals. As in the USSR, the state's official goal is to present its own vision of history that must be imposed on citizens by all means. Authoritarian regimes are not content to control only their own citizens, but reach, at some point in their development, the intention to control the past. International Memorial has unwittingly become the Kremlin's most important enemy of the regime, holding the key to the correct interpretation of recent history. In reality, Putin fears not China, the United States, the European Union, NATO or Ukraine, but all those who confront the real criminal nature of the Soviet regime, in stark contrast to the idealised version that he presents. Vladimir Putin speculated very well on communist nostalgia, took it to its peak and used it in his own interest. Organisations such as International Memorial and the Memorial Human Rights Center were the most important obstacle to the officially promoted ’new truth’. They were more dangerous than Navalny or Novaya Gazeta.

What happened to these two NGOs is a case study that reveals the link between a corrupt judiciary and an authoritarian state for which human rights are the greatest threat. It is a matter of extreme concern that the regime in Moscow has been strengthened enough not to be worried about any reaction from the international community. However, as in the 1980s, when Western democracies realised that denouncing the dramatic human rights situation in the USSR was a much more effective weapon than any economic embargo, today any firm stance in favour of respect for human rights will reach an extreme point, sensitive to Vladimir Putin. After all, those who have committed human rights abuses in the USSR have been forced to leave power—the same will happen today, if there is international solidarity with both International Memorial and the Memorial Human Rights Center and all those who continue to fight for them, restoring the historical truth about the nature of communist regimes.

Following the appeal of the Supreme Court’s decision, made by International Memorial on 28 January 2022, it has to be seen how the Appeal Chamber will look into this case on 28 February 2022. On the basis of a range of arguments, it has been asked to dismiss the Prosecutor General’s administrative action on the liquidation of the International historical-educational, charitable and human rights society ‘Memorial’ and its subdivisions. 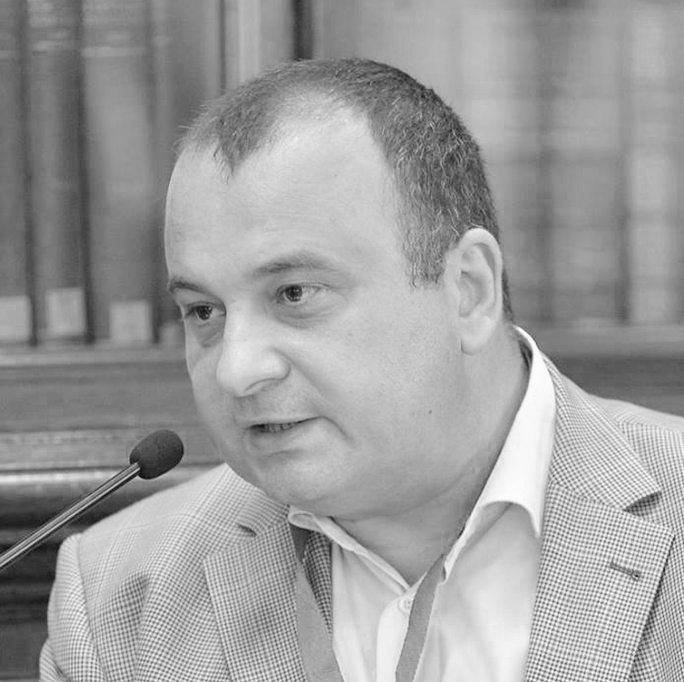 Radu Carp is Professor of Public Law and Political Science at the University of Bucharest, and Head of its Department of International Relations, Security Studies and Public Policies. He is EMA director on behalf of this University and teaches in the EMA programme.