COVID-related restrictions have unduly impacted freedom of religion or belief of individuals and communities globally, while religious minorities have suffered disproportionately during the pandemic. However, faith communities can play an important role in overcoming this crisis and future ones.

Freedom of religion/belief rights
Measures to curtail the spread of COVID-19 have severely limited gatherings and activities of religious and belief communities around the world. Moreover, the pandemic has fuelled a surge in prejudice and hate crime against religious/belief minorities whose social and economic disadvantages may also leave them more vulnerable to infection. In this context, a report by the Organisation for Security and Co-operation in Europe (OSCE) urges governments to collaborate with religious/belief communities, as they have a vital part in social cohesion and human rights preparedness to help combat this crisis and those to come.

The OSCE Office of Democratic Institutions and Human Rights (ODIHR) published its report, OSCE Human Dimension Commitments and State Responses to the COVID-19 Pandemic, in July 2020. In the words of the former ODIHR Director Ingibjorg Gisladottir, the report:

[A]ims to help states learn lessons from the current pandemic in order to strengthen their institutions ahead of future challenges—not only potential health emergencies, but also the growing threat of climate change, as well as human-made conflicts.

Pandemic has disproportionately impacted religious/belief communities
These grounds for limitations should not be understood to mean that these two rights, to health and FoRB, exist in a dichotomy. However, in the context of the pandemic, FoRB has frequently been placed at odds with the right to health, as if they were mutually exclusive. Disproportionate restrictions on FoRB were justified, the reasoning went, to stop the spread of the virus.

As country after country introduced restrictions on movement and gatherings to deter the spread of COVID-19, religious or belief communities around the world saw their activities drastically curtailed. Additionally, some states resorted to blanket bans and other indiscriminate restrictions that fail to consider the particular needs of different communities. As such, pandemic-related preventative measures have profoundly limited the ability of individuals and communities to manifest their belief.

The pandemic has disproportionately impacted religious or belief communities, especially minorities, in other ways. The underprivileged status of religious or belief minorities, in many social and economic contexts, leaves them especially vulnerable to the virus. They may lack the means to protect themselves appropriately and hardship may force them to take jobs that might expose them to infection.

Furthermore, conspiracy theories and hate crimes, including against religious or belief communities, have proliferated since the start of the pandemic. Faith communities have suffered what UN Secretary General Antonio Guterres termed a ‘tsunami of hate and xenophobia’, while Ahmed Shaheed, the UN Special Rapporteur on FoRB, has warned of:

[A] flare-up in existing religious intolerance in many countries … the upsurge in incitement to hatred, scapegoating religious or belief communities, including Christians, Jews, and Muslims for the spread of the virus.

Besides being a flagrant violation of human rights in general, and FoRB in particular, religious discrimination has also been shown to hinder an effective response to the pandemic.

Involving religious/belief communities in tackling future crises
On the contrary, societies where FoRB is respected tend to be more cohesive and resilient, thus better equipped to respond to emergencies such as pandemics. In fact, it can be argued that religious or belief communities are especially well suited to tackle the challenges posed by the pandemic and its ramifications. In her address to the Supplementary Human Dimension Meeting, organised by ODIHR in November 2020, Elizabeth Clark elaborated on this point:

Providing health care, advocating for the vulnerable, caring for the poor, combating the negative health effects of loneliness, communicating messages that challenge entrenched abuses, and calling for patience, empathy, and hope needed to combat COVID fatigue, contempt and despair, are what religious and belief communities have historically done extremely well.

The World Health Organization has also emphasised the important role that religious or belief communities can play, which includes disseminating credible public health information and responding to situations of domestic abuse. By failing to foster an environment in which religious or belief communities can thrive, protected by a right to FoRB anchored in a robust rule of law, states are missing out on a powerful societal resource to address the effects of the COVID-19 crisis.

As part of its recommendations, the ODIHR report calls on governments to establish permanent channels of communication with religious or belief communities, with clear focal figures with whom to build trust and maintain engagement on issues such as periodically reviewing restrictions imposed, monitoring their impact and creating crisis management systems to ensure the best possible joint planning and response to emergency situations.

The report also urges political leaders to speak out strongly and quickly against any forms of incitement to discrimination, hostility or violence on grounds of religion on belief, and to actively promote counter-narratives of solidarity, hope and inclusion. Moreover, it asks governments to behave responsibly when religious or belief communities resist implementing pandemic-related restrictions, to avoid sensationalising or misrepresenting such developments and to sanction only the individuals concerned rather than attributing blame to communities as a whole.

Moving beyond public health crises to address human rights preparedness for emergencies more broadly, FoRB can be a potent tool to foster social cohesion, increase societal resilience to shocks and crises and buttress a comprehensive concept of security that includes full respect for human rights. The interrelationship between FoRB and security is a complex one that goes beyond the scope of this post but which is explored in depth in the ODIHR Freedom of Religion or Belief and Security: Policy Guidance.

As vaccination programmes around the world start to pick up steam, leaders of religious or belief communities have a crucial role to play, lending their voices and their moral authority to the drive to get everyone vaccinated. States would be wise to include them in all aspects of the process and listen to their concerns regarding the ethical and moral issues surrounding development, testing and distribution of vaccines.

Only by ensuring such a FoRB-informed and human rights-compliant approach to this new stage of the pandemic, will governments be able to harness the full potential of FoRB to increase societal preparedness and resilience. And may the lessons learned in this crisis inform our decisions when the next one arrives.

The views expressed are the author’s own and may not reflect ODIHR policy. 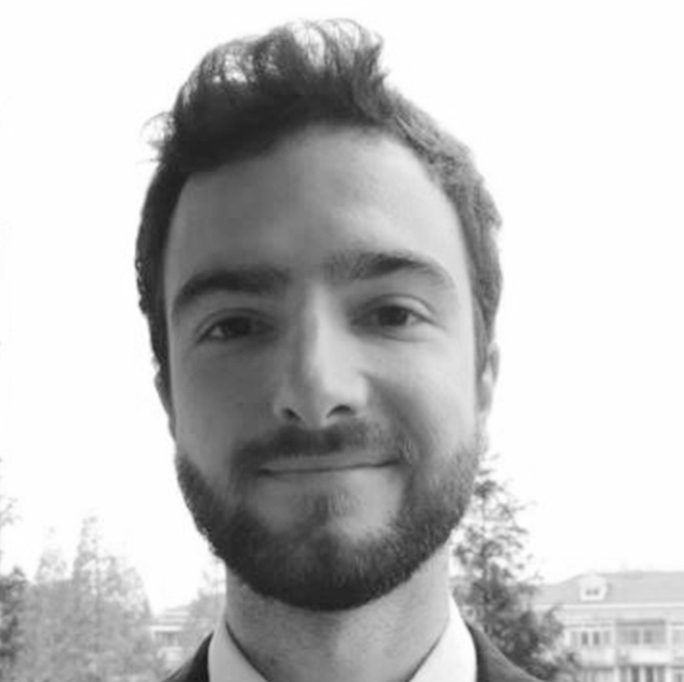 Alvaro Gomez del Valle is a GC Europe graduate. He works at the Organisation for Security and Co-operation in Europe (OSCE) Office of Democratic Institutions and Human Rights (ODIHR) on freedom of religion or belief, youth, gender and security. Previously, he worked with the European Union in Laos and at the World Leadership Alliance – Club de Madrid.