Much has changed since Uganda gained independence in 1962. Yet the country retains colonial laws that impede proper functioning of the media and freedom of expression. State intimidation of journalists also breaches international human rights standards.

Decades have passed since former president of Uganda, Idi Amin Dada, infamously declared: ‘There is freedom of speech, but I cannot guarantee [your] freedom after speech.’ Amin is long dead yet his chilling threat continues to haunt Ugandans, especially journalists and political opponents of the state.

Uganda’s media landscape comprises 10 national newspapers, 30 television stations and more than 300 radio stations. All these media houses use English as the official language and more than 50 ethnic languages. They are complemented by various online media outlets which serve more than 47m people. Ownership is split between state and non-state actors. However, despite the increased number of media outlets due to the liberalisation of the industry in 1990 that allowed private sector investment, journalists, media owners and defenders of media freedom are still calling on government to let the media express themselves without censorship.

The country’s record—on freedom of expression, access to information and the general media environment—is wanting. In the Global Press Freedom Index by Reporters without Borders, Uganda dropped from 117th in 2018 to remain static at 125th these past three years. Local and international media rights reports highlight the violations that security officers routinely mete out against journalists with impunity. These include beatings, arbitrary arrests, detentions, torture, forceful confiscation of media equipment and deletion of footage. COVID-19 has made the situation even worse. Also, ‘[m]ost of these attacks tend to be heightened during politically-charged periods such as times of contentious political debates and during elections’, when human rights issues take centre stage. UNESCO has indicated that such attacks intimidate and affect journalists’ ability to function freely because ‘every attack distorts reality by creating a climate of fear and self-censorship’.

Colonial legacy of media suppression
Suppression of freedom of expression and citizen participation is far from new in Uganda’s history. In a way, it emanates from the implementation of ‘bad colonial and postcolonial policies [and laws]’ on media operations. Uganda’s unreconstructed postcolonial legal framework not only limits the rights and freedoms of individuals domestically but also falls below internationally accepted human rights standards.

The Penal Code Act (amended 2007) is considered the ‘most lethal weapon against media freedom in Uganda’. Section 41 on sectarianism, section 50 on publication of false news, section 53 on defamation of foreign princes, section 179 on libel and section 180 that defines defamatory matter, among others, are disastrous for freedom of speech. In particular, the sectarianism offence carries a penalty of five years in prison and is often used to arrest and intimidate journalists. For example, when journalists report or discuss nepotism in the media, they are often swiftly charged with ‘promoting sectarianism’. One such case is that of Basajja Mivule, who was arrested for criticising the government over tribalism. Government officials also sometimes invoke the defamation sections against journalists and political opponents in order to conceal state wrongdoings and protect their reputations.

Notably, the Constitutional Court in Uganda nullified section 40 of the Penal Code Act on sedition, which suggests that maintaining these other sections that contravene constitutional guarantees and international standards is inconsistent and unnecessary.

Another colonial law still operational in Uganda is the Official Secrets Act of 1964, section 2(2) and (3) of which prohibit anyone from revealing protected state secrets, while section 15 spells out the penalty of up to 15 years in prison for doing so. Government officials frequently use the professional oath of secrecy they take under the Public Service Standing Orders in this Act to conceal wrongs, hence undermining the spirit of accountability. If any journalist wants to uncover public wrong, the only option left is to undertake an often costly and risky investigation.

Even when journalists have used legal means to beat these restrictions, their efforts are usually cut short. For instance, in 2010, Chief Magistrate Deo Ssejjemba used the Official Secrets Act to rule thus:

I would like to think that government business is not in its entirety supposed to be in the public domain. There are cases where the keeping of certain class of documents secret is necessary for proper functioning of public service.

This ruling came after two journalists sued the government over non-disclosure of oil deals and failure to grant them access to such information. The court’s decision was a major blow to media freedom and human rights protection.

The Constitution contains repeated guarantees on free speech, specifically for journalists: Article 41 provides the right to seek, receive and impart information in order to facilitate free reporting while Articles 44 and 45 protect media freedom and prohibit derogation from all protected rights. Moreover, Article 29(1)(a) explicitly states: ‘Every person shall have the right to … freedom of speech and expression which shall include freedom of the press and other media.’

Internationally, the African Union’s Declaration of Principles on Freedom of Expression and Access to Information in Africa and General Comment 34 of the UN Human Rights Committee provide for practical steps on access to information, which is the engine of any democratic society.

Uganda has also ratified the African Charter on Human and Peoples’ Rights (African Charter) and the International Covenant on Civil and Political Rights (ICCPR), and is consequently obliged to respect, protect, promote and fulfil the provisions on media freedom and protection of human rights. Responding to Uganda’s initial country report on 4 May 2004, the UN Human Rights Committee in its concluding observations asked the government to:

Moreover, the African Commission on Human and Peoples’ Rights in Resolution 169 calls on member states to amend their laws in line with international standards to enable free functioning of the media.

Benchmark ruling
A pivotal judgment seven years ago also provided the continent of Africa with a strong example on freedom of expression. The African Court on Human and Peoples’ Rights ruled in 2014 in what is now considered a landmark case on media freedom in Konaté v Burkina Faso.

When the Burkina Faso government levied harsh criminal charges against journalist Lohé Issa Konaté, a domestic court found him guilty of defaming a state prosecutor with many newspaper articles he published, accusing the prosecutor of corruption. The African Court overruled the conviction stating that public figures must be more open to scrutiny than private individuals in order to properly investigate corruption and promote public debate in a democratic society. The case was unusual in that it was a decision where an African court ruled against the state in favour of a journalist and the ruling was implemented. For example, following the ruling, Burkina Faso amended its criminal defamation laws.

Right to freedom of expression must be upheld
While Uganda has constitutional guarantees on freedom of expression and other liberties, the Penal Code Act and the Official Secrets Act impede enjoyment of these fundamental human rights. These need to be repealed to allow enactment of new laws that enable journalists and political opponents to express themselves freely. The political will for this has to come from government leaders, encouraged by strategic advocacy and litigation from civil society organisations.

Human Rights Preparedness is delighted to publish a third post written by Global Campus alumnus Johnson Mayamba. Johnson is the blog’s regional correspondent for Africa. You can read previous posts by him here and here.
The GCHRP Editorial Team 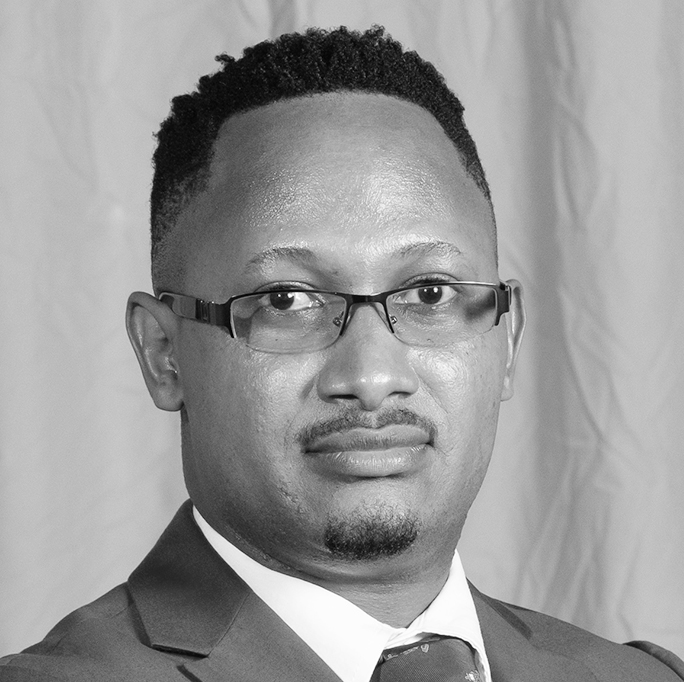