The perpetration of disappearances is a crisis which has worsened in the context of COVID-19. Conflict textiles are embroidered pieces of fabric which depict disappearances and other forms of violence, and are created to highlight and condemn these acts. They are a form of activism ‘from below’ that respond to human rights violations.

in these times of crisis, relatives of disappeared persons must be further supported and empowered, and state institutions … must fulfil their functions without delay.

The pandemic has prompted an increase in the number of cases of enforced disappearance, with cases rising to almost 1000 per day. The perpetration of disappearances is in itself a global crisis, and—as the UN statement highlights—one which is exacerbated by the effects of COVID-19.

To consider human rights preparedness in this context, this post explores one method of responding to this particular human rights violation: the use of conflict textiles to draw attention to the fate of the disappeared. It will focus in particular on the Conflict Textiles archive curated by Roberta Bacic. The archive website is an associated site of Ulster University’s Conflict Archive on the Internet (CAIN). The textiles comprise arpilleras (three-dimensional appliquéd tapestries), wall hangings and quilts which depict human rights violations and other harms, and protests against these violations.

Origins and activism ‘from below’
Conflict textiles are an example of human rights work ‘from below’—ie, ‘from local or micro actors’. Their origins lie in Chile, where women (often working collectively) would create textiles as a way of challenging the violence and repression of Pinochet’s dictatorship. As Roberta Bacic has described, the textiles are mostly ‘written in the first person’ by those directly affected by conflict and authoritarianism.

While these arpilleras depict a range of human rights violations, a particular theme is enforced disappearance. This can be seen for example in the textile ‘¿Dónde están los desaparecidos?’ and in the online exhibition ‘Following the footsteps of the disappeared’. 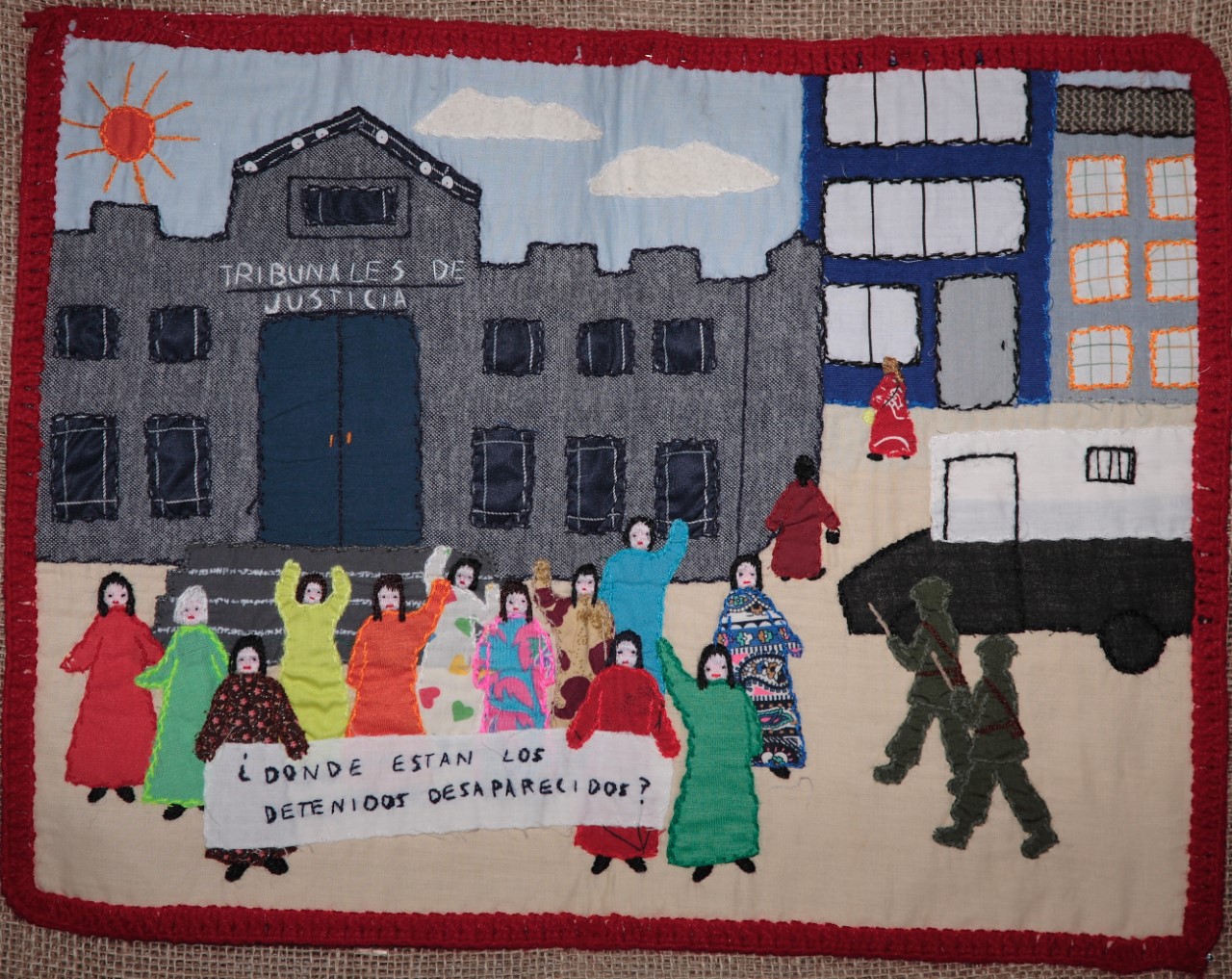 The women who created these textiles during the Pinochet era, as detailed by Marjorie Agosin, generally lived in poorer neighbourhoods and had relatively limited resources. They used a traditional skill and accessible materials to create powerful representations of the violence taking place around them. Through mobilising to do this work, and creating and sharing these textiles, the arpilleristas began to ‘recognise themselves as political entities’. They became more politically aware, establishing educational groups and communal kitchens, and engaging in public acts of protest.

Furthermore, through making these textiles the women challenged entrenched gender roles, by using a traditionally domestic skill for political activism, and by breaking out of the domestic sphere to publicly protest human rights violations. As Bacic has said, at that time ‘ordinary women would not have had a way of speaking out’, but the textiles provided them with a way to do so.

Textiles as testimony
For Claire Moon, one important method of promoting human rights is ‘documenting human rights violations’. These textiles do that. As Bacic describes, they are testimonies.

In the context of repression, silence and fear that characterised Chile under Pinochet, the textiles provided a platform for women to share their experiences. The textiles ‘tell the story of a divided Chile in graphic and visible form’. They often contain embroidered figures and places representing the detained and disappeared. In some cases, names are embroidered. With regards to the disappeared specifically, the textiles can give a ‘face’ to victims ‘who would otherwise remain anonymous’.

Creating a textile is a way of ‘being a witness to your own story’ and communicating experiences which may be difficult to put into words. Andrä and others suggest that conflict textiles can be considered as ‘object witnesses’ that blur the boundaries of the categories of evidential objects and witness testimony. One particularly explicit example that they provide is the provision of testimony through an arpillera by a group of indigenous women at the Peruvian Truth and Reconciliation Commission.

It is this ‘witnessing’ of violence that renders the textiles a powerful medium for communicating human rights violations. Although ‘at first glance … innocent’ and ‘child-like’, the embroidered images ‘actually reveal scenes of repression, loss and violence’. Through the textiles, women ‘embroidered their protest and grief’. They therefore have ‘highly emotional meanings … to their makers’ and also arouse emotion in those who look at them. As Moon argues, it is through provoking an emotional response that ‘testimonies help to translate knowledge into action’.

Textiles and human rights mobilisation
Of the Chilean arpilleras, Agosin has said: ‘The weaving is made for one purpose alone: to denounce and expose’.

Under the Pinochet dictatorship, Agosin describes, the making and selling of arpilleras was a way in which women could protest ‘the destruction of their lives and homes, economic scarcity, constant psychological tension, and the fruitless search for family members’. Their impact extended beyond Chile itself. Arpilleras were sent from Chile to spread news of what was happening there and in this way the textiles helped to bring international attention to the human rights abuses taking place.

Since that time, textiles have come to ‘serve as a means of political expression and resistance against repression, violence and oblivion’ in many contexts. In addition to being created by those directly impacted by violence, textiles are also made by activists and artists seeking to draw attention to various harms.

For example, of four pieces from the Conflict Textiles archive currently on display at Queen’s University Belfast, one depicts a protest against the use of Shannon Airport in the west of Ireland for extraordinary rendition, and another focuses on the impact of drone warfare. And in Mexico, activists have embroidered handkerchiefs with the names and stories of murdered women. These handkerchiefs have become ‘tools for political expression’, to frame femicide in Mexico as a matter for public concern and as a human rights issue. 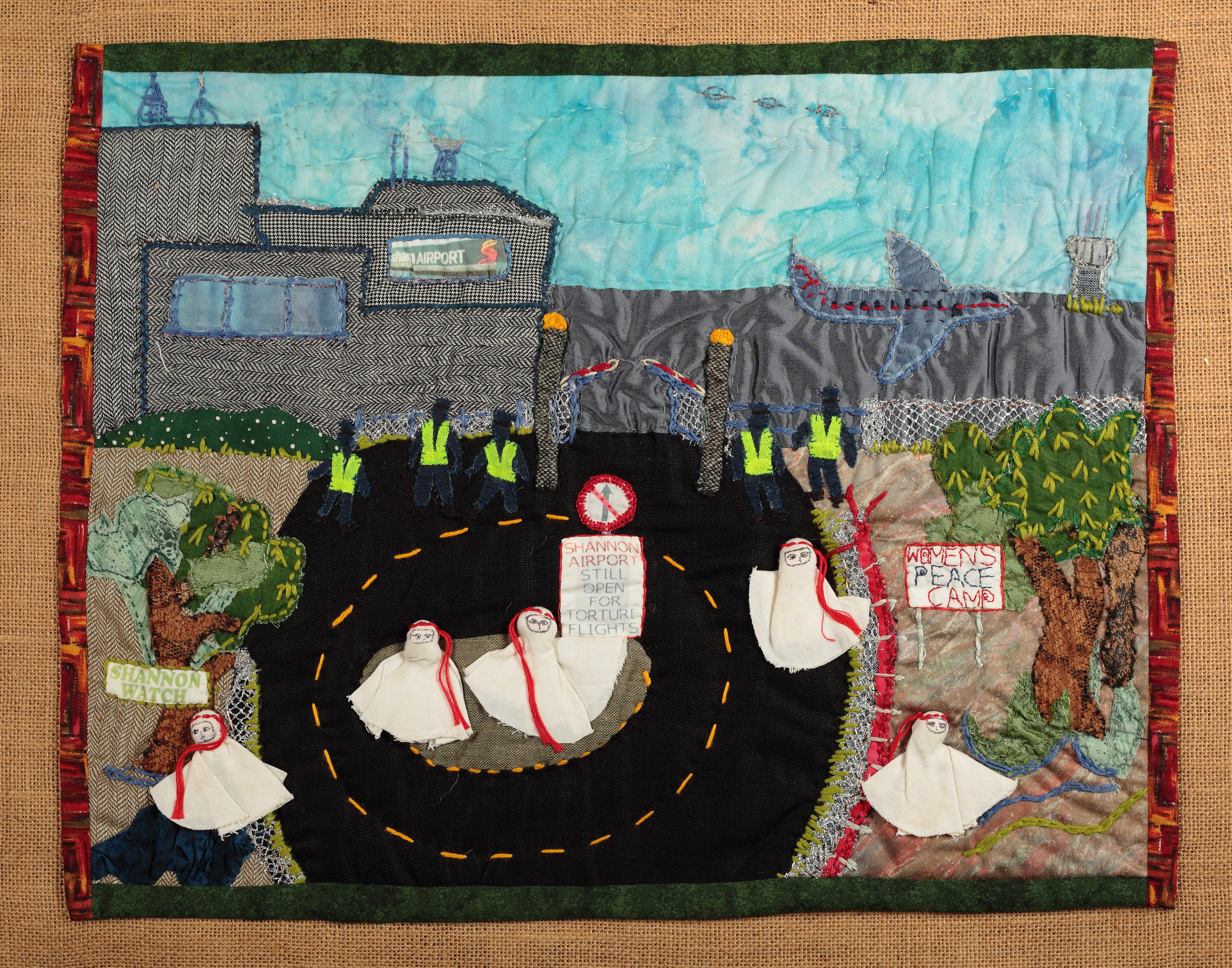 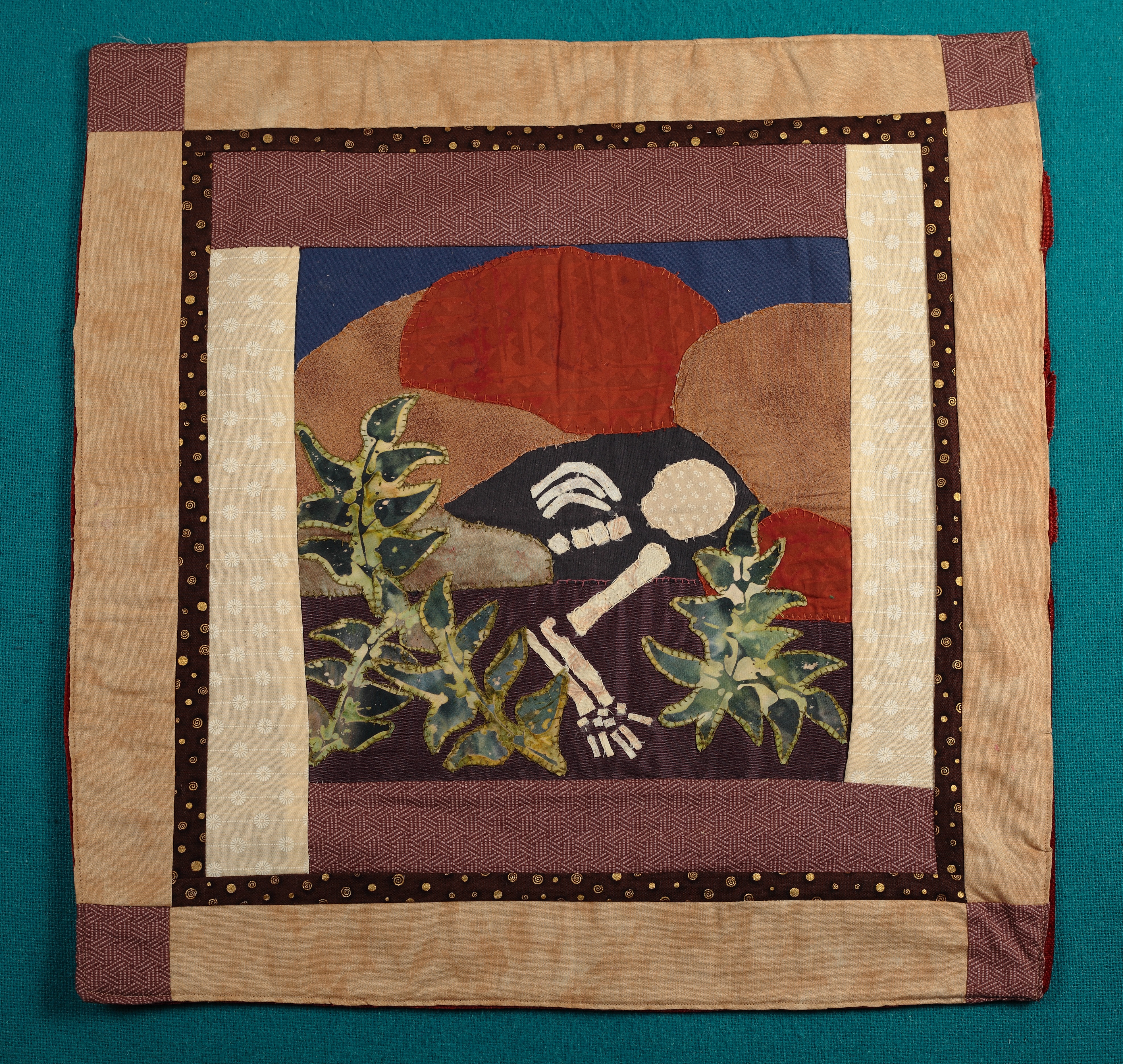 Conclusion
Under Pinochet’s dictatorship, the making of arpilleras was a way for women impacted by violence and repression to make their voices heard and to draw attention to the disappearance of their loved ones. Since that time, textiles have continued to be a medium for protest and human rights activism. Enforced disappearance has also continued. It is an act that involves secrecy, silencing and denial. These textiles have been, and continue to be, as Roberta Bacic has said ‘a way of resisting silences’. As such, they can be considered a manifestation of human rights preparedness ‘from below’—a tool for challenging repression and drawing global attention to rights abuses. 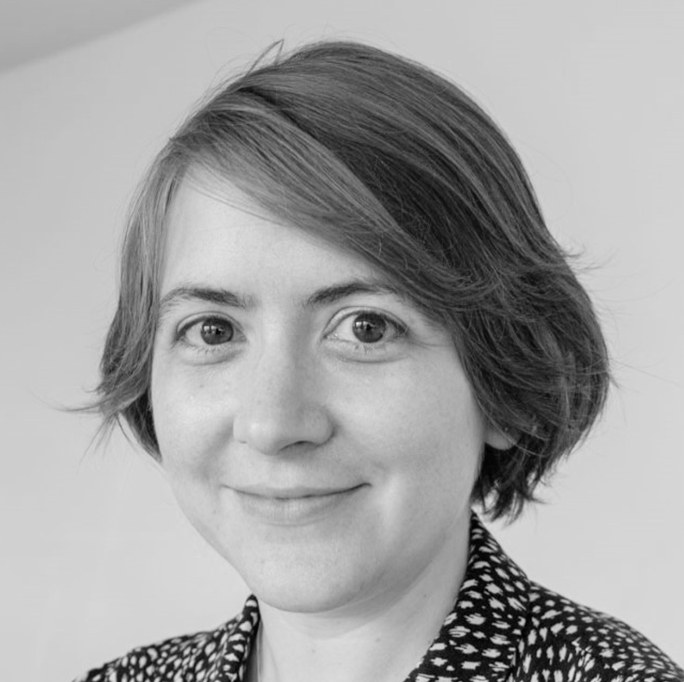 Dr Lauren Dempster is Lecturer in Law at Queen’s University Belfast. Lauren is a Transitional Justice researcher with particular interest in disappearances, victim mobilisation, the relationship between transitional justice and environmental harm, and efforts to ‘deal with’ the past in Northern Ireland. Her monograph, Transitional Justice and the ‘Disappeared’ of Northern Ireland: Silence, Memory and the Construction of the Past was published by Routledge in 2019.