Russia continues to persecute opponents of its unlawful seizure of Crimea, particularly the Tatars, many of whose leaders have been exiled, imprisoned or disappeared. The international community must support local activists in their bid to end human rights violations.

This year marks the eighth since Russian Federation forces illegally annexed Crimea. In February 2014, soon after the 2013-2014 Revolution of Dignity (when protestors supporting democracy and the European future of Ukraine overthrew the Ukrainian government), armed ‘little green men’, whose camouflage resembled the Russian military uniform but without any visible identification, appeared on the Crimean peninsula. The soldiers seized key governmental and strategic facilities and blocked the actions of Ukrainian troops. At first, the Russian authorities denied any association with these ‘little green men’. However, Russian president Vladimir Putin later admitted that they were representatives of his country’s armed forces.

Russia openly conducted a ‘referendum’ to define the status of the peninsula. As this already flagrantly violated Crimean autonomy and human rights laws, neither Ukraine, nor the European Union, nor the United States recognised the results of the ‘referendum’ vote. This, however, did not stop Putin celebrating his status as the ‘Russian land gatherer’ with rapid changes to the Russian constitution to recognise Crimea as an official territory of the Russian Federation on 18 March 2014.

History repeats itself as 70 years on, Crimean Tatars forced to leave home again
Thus, 2014 symbolised the move away from democratic to authoritarian rule on the Crimean Peninsula. In its 2015 report on human rights abuses in Russian-occupied Crimea, Freedom House documented the ‘alarming deterioration of human rights’ due to the Kremlin’s ‘repressive and discriminatory policies’ against three categories of people: ethnic, religious and national groups that opposed the annexation, journalists and civil society organisations (CSOs) representatives, and holders of Ukrainian passports.

The Crimean Tatars especially suffered from the aggressive discriminatory policy of the de facto Russian government. Crimean Tatars are indigenous people of Ukraine of Turkic origin, who live on the Crimean Peninsula and in southern Ukraine. In May 1944, in the space of just a couple of days, the Soviet authorities deported more than 191,000 Crimean Tatars to Central Asia and some north-eastern regions of Russia. According to various estimates, the deportation led to the deaths of between one-third and a half of the Crimean Tatar population at that time. The survivors were only able to return home in the early 1990s when the Soviet state collapsed. In 2014, Crimean Tatars represented one of the largest national minorities in Ukraine, and the largest in Crimea with a population of more than 300,000 living there before 2014.

Due to the strong historically negative attitude towards the Russian-centralised power, Tatars were overwhelmingly against the annexation of Crimea and many of them openly opposed the Russian occupation from the start. As a result, the new authorities singled them out as particular targets for persecution under various pretexts. According to the 2017 Human Rights Watch report, the Russians employed propaganda to portray politically active Crimean Tatars as extremists and terrorists who posed a threat to the local population. Under the guise of protecting the locals, the de facto government ‘forced many [Tatars] into exile and ensured that those who choose to stay would never feel safe to speak out’.

In order to create a false image of the territory where an alleged 93 per cent (the percentage of Crimeans the Russian ‘referendum’ claimed had voted to join Russia) were happy to become part of Russia, the new authorities banned dissident voices from being heard in public. Consequently, education in Ukrainian or the Crimean Tatar language was forbidden and local radio stations broadcasting in Crimean Tatar were muzzled.

Crimean Tatar public figures were barred from public life or prohibited from entering Crimean territory. This was the case for the exiled Mustafa Jemilev and the Mejlis, the Crimean Tatar self-government body he chaired, which was disbanded and proscribed. Cultural life also suffered as Crimean Tatars were not allowed to commemorate the 70th anniversary of their 1944 deportation from Crimea by the Soviet authorities. In addition, it was declared a crime to deny that ‘Crimea is Russian’.

In this context, people had little opportunity to seek help as the regional office of ombudsman was forced to close, international non-governmental organisations (NGOs) were banned and new Russian police were reluctant to properly investigate any cases of alleged physical and verbal harassment by the Russian authorities.

New round of repressions in 2021
The Kremlin’s political prisoners captured in Crimea have been a controversial topic since the Russians seized power. Crimean-born Ukrainian filmmaker Oleg Sentsov was arrested in Crimea in May 2014 and sentenced to 20 years’ imprisonment for plotting terrorism. The case attracted much international attention and the ‘evidence’ was widely denounced as fabricated. In 2018, Sentsov received a Sakharov human rights award and was released in 2019, thanks to international pressure.

Sentsov’s was far from the only case of its kind. Crimean human rights activist Emir-Usein Kuku, a member of the Crimean Contact Group on Human Rights, is currently detained, accused of allegedly participating in the activities of Hizb-ut-Tahrir, which Russia has declared a terrorist organisation. Oleksandr Kolchenko, Muslim Aliyev, Refat Alimov, Arsen Dzhepparov, Volodymyr Balukh, and Ilver Ametov were or remain Crimean prisoners of the Russian state. Edem Bekirov was liberated in very bad health after a heart attack as part of a prisoner exchange in September 2019. Other Crimean Tatar activists, such as Ervin Ibragimov, have disappeared without trace.

The Kremlin currently holds more than 80 political prisoners from Crimea, the majority Tatars, serving sentences of up to 20 years for terrorism. Unsanctioned police searches of Crimean Tatars’ houses resumed in the early summer of 2021 and at least five alleged activists were detained in mid-August. This negative development re-attracted international attention, such as the Parliamentary Assembly of the Council of Europe (PACE) resolution, which condemns the growing number of arbitrary arrests, unjustified persecutions and convictions of Crimean Tatars. False charges of extremism or terrorism on political grounds include alleged membership of Muslim groups and opposition to the current regime.

Search for a way out of crisis
According to the Freedom House Index, contemporary Crimea scores a dismal 7 out of 100 in terms of political and civil rights, making it one of the worst territories in terms of human rights worldwide. The Russian authorities are not interested in improving the situation, least of all for Crimean Tatars. Therefore, Crimean Tatar activists and self-help groups remain the key local actors in advocating for their rights. It is essential that Crimean Tatar leaders are supported in championing educational and professional initiatives specifically aimed at facilitating the development of their culture, education and language of the persecuted ethnic group.

Furthermore, continued international pressure on Russia is also important. This could involve political and economic sanctions, negotiation and carefully avoiding ambiguous situations where Putin can use economic projects to achieve his political goals. One such example is the Nord Stream project that potentially increases the dependence of Western Europe on Russian gas and provides opportunities for political blackmail with gas supplies and prices.

Crimean Platform, a 2021 diplomatic initiative of the current Ukrainian president Volodymyr Zelenskyi, should create a new forum for international dialogue. This could prove a useful tool to highlight and improve the human rights situation in Crimea, paying particular attention to the rights of Crimean Tatars there.

This timely post is the second of three from Iryna Bakhcheva, the blog’s regional correspondent for the Caucasus. Iryna’s first post is available here.
The GCHRP Editorial Team 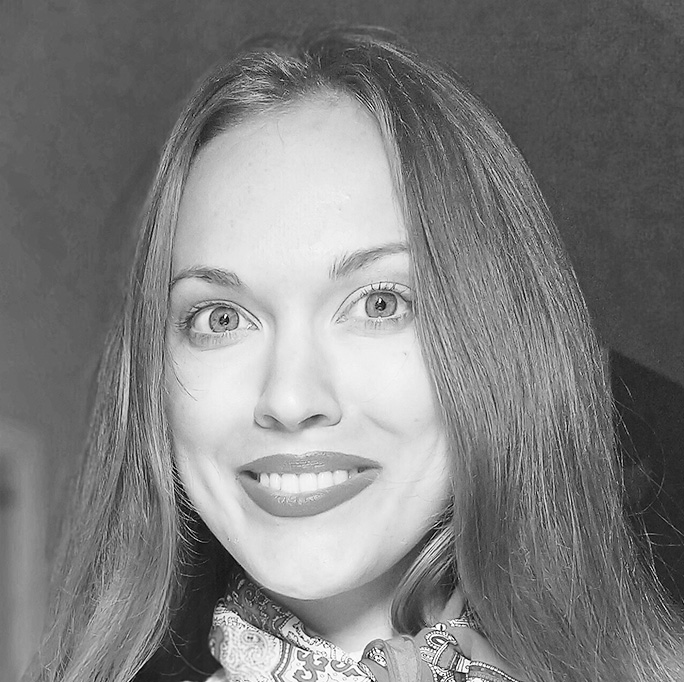