Russia has a long history of media censorship but since invading Ukraine, state propaganda has reached enormous levels. Most independent journalists have fled the country so they can report factually on current events. Others are protesting from within.

September 29, 2023 will mark a century since the ‘philosophers’ ship’ sailed from St. Petersburg to Stettin in Germany, one of many vessels which made similar journeys when the Bolsheviks exiled almost 300 prominent intellectuals—as this year’s Nobel Prize laureate Dmitry Muratov reminded us. Now, says Muratov, director of Russian independent investigative newspaper Novaya Gazeta, the ‘journalists’ plane’ has replaced the ‘philosophers’ ship’ as dozens of media and human rights defenders flee Russia.

Since the war began, more than 20 independent media including Radio Liberty, Meduza, Mediazona and others have been blocked, using various legal excuses. Most of them are still available through VPN and other technical means. Some Russian media, including the aforementioned Novaya Gazeta, have decided to temporarily cease production in Russia, but continue to operate in other formats from other parts of Europe. Thanks to the internet, almost everything can be covered from a distance, supplemented by live reporting and photos from the few freelance journalists who have stayed in Russia. Many media, both in Russia and those in exile, remove reporters’ names from their web pages so as not to put their teams in additional danger.

Reporters without Borders recently published its latest annual report on press freedom, placing Russia 155th out of 180. Russia’s ranking has been sinking for some years now from 148 in 2014, the year it annexed Crimea, and looks likely to continue to fall.

All independent media in Russia have internet sites. According to the latest (pre-war) research from independent Russian sociological institution Levada-Centre, television is still the main source of information, but its influence is declining. In the past five years, the share of Russians receiving news via TV fell from 90 per cent to 62 per cent and only 46 per cent trust television as a source of information.

In the same period, the importance of internet sources and social networks has grown significantly. But the total number of people who consume news daily is only 30-40 per cent. The most popular social network is YouTube (used by 37 per cent of Russians), the next is Instagram (34 per cent), then TikTok (16 per cent). The leader in terms of audience size remains VKontakte (44 per cent). Twenty-one per cent of Russians watch Telegram (one of the most reliable, non-government funded channels), however, only one per cent rely on it as a source of news. Some people read international news in English and other languages but the numbers are extremely small.

So even though Russians can access independent news on the internet, many do not, therefore a large percentage of the population remains under the influence of propaganda. On 15 March, major Russian propagandist Vladimir Soloviev said: ‘If you think that we will stop in Ukraine—think 300 times … Ukraine is just an intermediate stage in ensuring the strategic security of the Russian Federation’. Several days earlier he claimed that ‘nuclear war is an optimistic scenario’. Furthermore, state-owned media is constantly repeating that Russian forces are liberating Ukrainian cities from neo-Nazis and not targeting civilians when numerous international sources including Human Rights Watch have verified the exact opposite.

Last year, research showed that 64 per cent of Russians supported internet censorship; 45 per cent call it a ‘matter of safety’. Significantly, only 10 per cent of people claimed to be ‘really into politics’. Fifty-two per cent are slightly interested or not interested at all. According to Margarita Zavadskaya, Dean of Political Science and Sociology in the European University at St. Petersburg, ‘Detachment is the first and rather simple reaction of citizens to the establishment of an authoritarian regime’.

After years of Soviet oppression with no access to independent media, many Russians don’t trust any news source, TV or internet. The saying—‘We will never know the truth’—has even become an internet meme. There is no culture of critical thinking, media literacy is not taught in school, so if you cannot distinguish truth from fake, you either ignore the news or you just believe propaganda as the main, most easily obtainable source of information.

Long history of state censorship
Article 29 of the Constitution of Russia guarantees free speech but there has always been censorship though its level and how it is implemented have varied over time.

Before last month, free speech was limited by several laws with very blurry phrasing, allowing officials to demand removal of some information or even block an entire media organisation from operating in Russian territory. Since 2013, laws restricting the dissemination of information have been adopted; for example, one claims to protect children from ‘harmful information’, another prohibits publication of extremist materials though they are not defined.

In addition, a package of legislation on ‘foreign agents’ is used to terrify and restrict free media, non-governmental organisations (NGOs) and journalists. The Ministry of Justice may recognise as a ‘foreign agent’ any foreign media that receives funding or property from foreign bodies or citizens. Several foreign-agent lists have been created in different years. The current roster includes 158 organisations and five individuals. Every organisation and individual listed must identify themselves as foreign agents on every item they publish on social media, media or in print. The same rule applies to other media who mention the names of these foreign agents in their reports. According to the OVD-Info report, this regulation of foreign agents violates constitutional rights and discriminates against non-profit organisations, the media and individuals. Local media organisations and journalists may refuse to work or collaborate with foreign agents; some because they fear prosecution, others because they feel they cannot trust them. Moreover, some Russian journalists do not apply for international grants or participate in international events for fear of being labelled a foreign agent. The current foreign agent lists are available on the Ministry of Justice site.

War intensifies clampdown on free press
The onset of war saw an upswing in the use of legislation that was both draconian and absurd. A recent law makes spreading ‘false information’ about Russian armed forces and any other Russian state body operating abroad punishable by up to 16 years in jail. This means all media still operating within Russia must call the war in Ukraine a ‘special operation’. Already, several journalists have been jailed for not doing so, including Maria Ponomarenko who is accused of publishing ‘fake news about the Russian army’ in her telegram-channel. Another famous detainee is politician Vladimir Kara-Murza, accused of spreading ‘fake news’ in his speech to the Arizona House of Representatives on 15 March 2022, demonstrating that this law targets not just the media but anyone sharing information in any form. The Russian state initially implemented ‘fake news’ legislation to silence critics during the pandemic but this now-tested practice is habitually used to silence anti-war voices.

Next came the restriction of social media. The government tried to block Twitter while Facebook and Instagram owner Meta was recognised as an extremist organisation by a Moscow court. Nevertheless, they continue to operate in Russia, though any mention of Instagram or Facebook is supposed to include that it is an ‘extremist organisation'. Some Russian officials have insisted that YouTube must be blocked but this has not happened as yet, mostly due to technical reasons. However, in April, the Education Minister demanded universities transfer content to Russian state-controlled platforms RuTube or VK.

Taking a stand for free speech
Nevertheless, even some of those working for government-owned media are taking a stand against censorship by whatever means they can, such as the now widely-known protest by Marina Ovsyannikova, who stormed on set brandishing an anti-war placard during her Channel One employer's live broadcast. Likewise, Egor Polyakov and Alexandra Miroshnikova, employees of state-controlled online media Lenta-ru, who, on 9 May, when Russia celebrates Victory Day, published articles about the war in Ukraine, with the headlines stating: ‘Russian authorities forbid journalists to talk about the negatives’ and ‘Putin has unleashed one of the bloodiest wars of the 21st century’.

Many journalists and human rights activists both abroad and in Russia continue to disseminate truthful information about the war and to promote anti-war initiatives. Their work is important as never before.

This is the first post by Maria Kol’tsova, a Global Campus alumna and newly-appointed member of our team of Regional Correspondents. Maria’s post addresses a highly topical issue; we hope you find it interesting.
The GCHRP Editorial Team 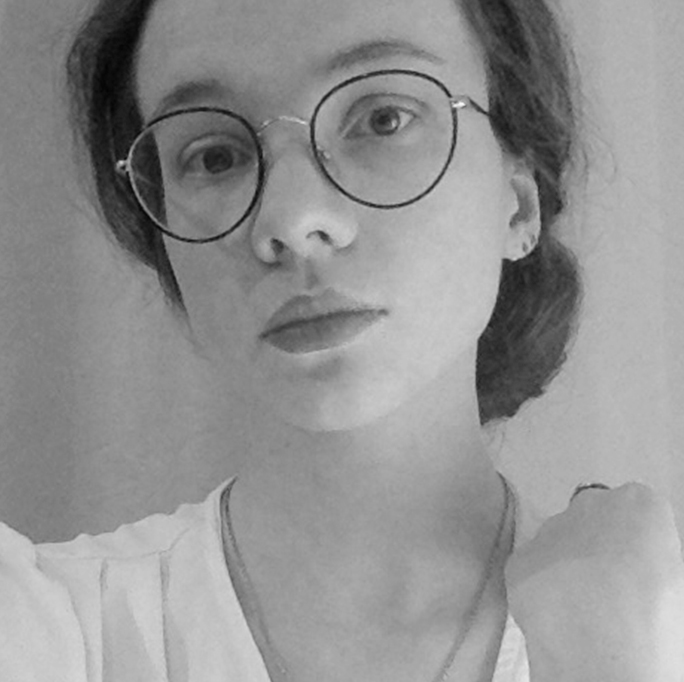