The Manifesto of Darkness: An Examination of Taliban’s Ideals

The Manifesto of Darkness: An Examination of Taliban’s Ideals

The future of human rights in Afghanistan is dark. Since the Taliban regime needs recognition by the international community, they do not fully execute their ideals in society. Nonetheless, the chief justice’s recently published book on the Islamic Emirate system has been endorsed by their leader and reveals statements having serious implications for the promotion and protection of human rights.

The Taliban have been present in Afghan politics for about twenty-five years. The news about their limitless violence used to enforce their desired way of life represents their deep disregard for human rights. Until lately, no written text, comprehensive and coherent, or otherwise, which could express their ideology, was available to the public. Nonetheless, in May 2022 the book entitled Alemaratol eslamiah wa nezamoha (Islamic state and its system/structure) was published by the school of Dar al-Uloom al-Sharia.

The importance of the book is that the author, Maulvi Abdul Hakim Haqqani, is the Taliban’s head of the supreme court (Qazi al-Qadat). He holds a professorship and is considered a theorist for the Taliban. The Taliban’s supreme leader Mullah Haibatullah Akhundzada, who in their structure has a position similar to an ancient king with absolute power, wrote an introduction to the book and expressly endorsed it several times. He praised the author as the master of all scholars:

[...] an important book on law and politics, accurate in its questions and research, solid in its evidence and arguments, elegant in its structure and meaning, and strong in its arrangement and content. [...] It lights the way for politicians with the light of its content.

Haqqani is said to be the Taliban’s ideologue. He has expressed views on governance, the legitimacy of legislation, the rights of sovereignty, the judicial system, and the use of force. Some critics have named the book as the manifesto of darkness.

This is the only comprehensive text on governance since the time ‘Afghanistan’ has gained this name. The language used in the book is similar to that one used by King Abdur Rahman, who established a central government and the country’s current boundaries through mass killings, slavery and land occupation.

The Taliban have never hidden their enmity to democracy. Their ideals, as reflected in the book, trace a path towards absolute tyranny. Such a ‘manifesto’ does not see peace and fundamental rights for human beings in Afghanistan, especially for women and girls, playing any part in the future of the country under the ongoing regime.

The disregard for the right to self-determination and the right to participate in public affairs
Within the Taliban’s system the people are subjects of the Islamic government. They are not recognised as citizens with the right to freely determine their political status as well as the right to be part of political decision-making processes, both enshrined in Article 1 and Article 25 of the International Covenant on Civil and Political Rights (ICCPR), which Afghanistan ratified in 1983. In the cited book Haqqani addresses the duties, not the rights, of the people. He clearly states that the people are obliged to obey the ruler, but this does not come with any rights (p. 141). Human beings would not be equal, and equality would be a corrupted result of democracy, according to him. A person’s gender, belief, and level of education would be considered as the basis of someone’s status. Free and fair political elections, which are at the basis of equal participation by all human beings, would represent an imported ideal of ‘infidels’ which Muslims should avoid (p. 75).

The alleged legitimacy of domination by force
In discussing governance, Haqqani endorses the legitimacy of a government through conquest by force. He states that the methods and Islamic legitimacy of determining the ruler would be power-based. The ruler would have the right to govern and should terminate any resistance by using force. As an example, in a large gathering of Taliban appointed priests on 1st and 2nd July 2022, it was said that those who resist the Taliban shall be beheaded.

Haqqani addresses the tradition of governance in the first era of Islam by arguing about the illegitimacy of resistance and disobedience against any ruler. For example, he writes that, as long as the ruler apparently follows Islam, even if he commits oppression or violates all his duties, let alone violations of human rights, the people would not have the right to resist him or disobey him in any way.

The rejection of an inclusive parliamentary assembly
By referring to Islamic sources, Haqqani accepts that the establishment of a Council underneath the ruler is a good idea endorsed by Islam. However, the legitimacy of the Council's opinions and the binding nature of the Council's decisions can (and has been) repeatedly rejected under the Taliban’s rule. He writes that any decision by the Council only has a consultative role for the ruler. Furthermore, he claims that any decision based on the majority vote is invalid (p. 235), because it comes from the common people’s incompetence in choosing the Council’s members (p. 237). By using the word ’commoners’, Haqqani uses an insulting expression (‘Al-Awam Kal-an'am, bal hom adal’, meaning ‘the commoners are like animals, and even worst’).

This book indicates that the sources of legislation are limited to sources that are cited by Sunni Muslim Shariatists, which explains why Haqqani endorses amputation and lashing as punishments (p. 195). Even among many Islamic schools of thought, let alone other non-Muslim schools, the opinions and ideas of Shia jurists are not considered as sources of legislation.

The claim of fundamental freedoms as insulting
The case of the right to freedom of thought, conscience and religion, as enshrined in Article 18 of the ICCPR, is emblematic. For Haqqani, freedom of belief is shameful and insulting. He emphasises that sects of Islam other than the Hanafi are considered as a disgrace among the people of Afghanistan (p. 37). Around 30 percent of the people in the country are Shia non-Hanafi Muslims. According to him, it is prohibited to grant any judicial privilege to religious minorities.

The view of women as ‘second-class citizens’
The Taliban’s ideals are against all women’s rights, in total disregard for the Convention on the Elimination of All Forms of Discrimination against Women (CEDAW), which was ratified by Afghanistan in 2003. In reading Haqqani’s book, readers can smell his fear of women's presence in society. Women are strictly prohibited from any government positions. According to him, by nature, they would have to have children, stay at home and raise their children, while men would be prohibited from helping women to raise them (p. 151). He repeatedly emphasises that women would be prohibited from being present in society (p. 152). Equality between men and women would be against reason and against Sharia, it would be considered offensive, an ugly and distasteful opinion, and men would be superior to women for several reasons, according to the author (pp. 155, 298). Haqqani becomes passionate and emotional when he discusses the status of women in the West and addresses his soldiers and jihad companions to avoid following those who ‘corrupt’ the land by supporting women's rights and other human rights, and fight against them (p. 301).

Taking human rights seriously
The examined ‘manifesto’ of the Taliban’s ideals represents their path to the alleged ‘pure Islamic governance’. As it is the unique text on how historically the ruling group views the power in the country, it is also a key text for a critical understanding of the power mechanism in Afghanistan. Understanding the Taliban’s anti-human rights ideals as reflected in the book is the key in every single way of dealing with the Taliban. It is not their words in the media that matter, it is the principles according to which they act and the path they are seeking to walk. In building up any relationship with the Taliban regime, at all levels, the human rights of the people of Afghanistan should be the first and foremost subject for negotiations by relevant stakeholders of the international community, in order to promote and protect them.

We are delighted to welcome Ali Ahmadi, who is one of the recipients of the Global Campus of Human Rights’ Afghanistan Scholars and Students At Risk Project. In this context, we have started a research collaboration with him to publish his contributions on this blog as well as on the Global Campus e-journal. This is the first of two posts by Ali; the next one will focus on literature and human rights in relation to the case of the Hazaras.
The GCHRP Editorial Team 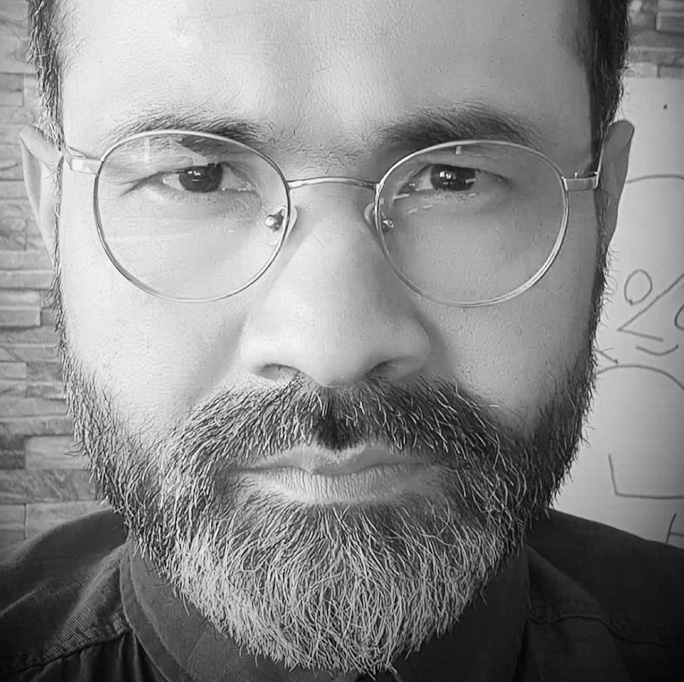 Ali Ahmadi has been a lecturer in law at Kateb University, Ibn and Sina University, and Gharjistan University, in Kabul, over the last eight years. He holds a Master’s in International Commercial and Economic Law and a Bachelor’s in Law from the University of Tehran. He survived the great massacre of the Hazaras in Mazar-i-Sharif in 1998, which he fled to the Southern mountains in the morning of the first day. He is interested in human rights and law.