Under the Taliban’s rule the people of Afghanistan are struggling with an unprecedented humanitarian crisis, complaining about ethnic discrimination in the allocation and distribution of aid by local officials of donor institutions. Integrating human rights at the core of humanitarian actions can ensure a holistic and inclusive response for the most vulnerable groups.

According to the United Nations (UN) Office for the Coordination of Humanitarian Affairs (OCHA), more than 24.5 million people require humanitarian assistance to survive in Afghanistan. Among them, nearly 9 million people are one step away from starvation. It is the highest number in the world.

Afghanistan represented one of the world's most significant and urgent humanitarian crises even before the Taliban's return to power. By mid-year 2021, almost half of the population, approximately 18.4 million people, were already in need of humanitarian aid. However, with the international community’s withdrawal and the Taliban's takeover in August 2021, the humanitarian crisis has worsened even more. According to the latest World Food Program survey conducted in December 2021, 98 percent of households have insufficient food and food insecurity in Afghanistan. This shows that only 2 percent of households therein have enough food to eat.

The country's vulnerable groups are disproportionately affected, particularly women and girls mainly because of the Taliban's anti-women policies. Females face numerous obstacles, including, but not limited to, the lack of access to education, healthcare, and financial resources. The Taliban have barred women from paid jobs. According to a World Food Program survey, female-headed families are affected the most, with nearly 100 percent facing insufficient food consumption and 85 percent taking ‘drastic measures’ to obtain food. In March 2022 the UN Secretary-General warned that people are already selling their children and their body parts to feed their families. Some media also reported that families sell their younger daughters for marriage to obtain food. Nearly a fifth of families have been forced to send out their children to work as incomes dropped since the Taliban returned to power. The situation for lesbian, gay, bisexual, and transgender (LGBT) people is much worse as they face grave threats to their safety and lives under Taliban’s rule. In some cases, people with disabilities have also been left out of access to aid. The International Rescue Committee has even warned that the current humanitarian crisis could lead to more deaths than twenty years of war in the country.

In response to such a crisis, the UN launched its largest humanitarian appeal for Afghanistan in January 2022. The appeal for humanitarian assistance calls for 4.4 billion US dollars to help 22.1. million people in Afghanistan during 2022. The UN delivers a weekly financial package as humanitarian aid to the central bank of the country. This bank, under the Taliban's rule, has received more than one billion US dollars through the UN between August 2021 and August 2022. In addition, several countries and international organizations have delivered food, medical, and other aid packages to the people in Afghanistan.

However, as the de facto government, the Taliban has officially denied any responsibility for addressing the humanitarian crisis in the country. Prime Minister Mullah Hasan Akhund said that they have not promised food for the people in Afghanistan and asked them to ‘cry to God to alleviate famine and drought.

Unfair distribution of humanitarian aid
International humanitarian aid has not been fairly distributed to the vulnerable and needy people in the country. People have repeatedly complained about ethnic discrimination in the allocation and distribution of aid by local officials of donor institutions in connection with the Taliban’s interference. Afghanistan is ethnically a divided country, and thus ethnic discrimination as ‘unfair, differential treatment on the basis of race or ethnicity’ under the Taliban’s influence is predictable.

Complaints are mainly from the non-Pashtun ethnic groups, particularly the Hazara, who have witnessed a long record of human rights violations and mass killings by the Taliban. The Hazaras in different provinces of the county are highly excluded from fair access to humanitarian aid. According to a survey conducted between February 24 and April 10, 2022, by which 424,880 Hazara households were surveyed in 1,116 villages/community councils, only 17.2 percent of the households received humanitarian assistance. In comparison, 82 percent of the families did not receive any help. Such discrimination and unequal access to humanitarian aid are partly caused by the Hazaras' minimum participation and representation in the national and international institutions that deliver aid, and mainly because the Hazaras are not part of the Taliban structure. The Taliban estranged the only Hazara commander, Mawlawi Mahdi, in its rank. Internal fighting between the Taliban and Malawi Mahdi broke out in the Balkhab district of Sar-e-Pol province in northern Afghanistan.

On 23 June 2022, the Taliban launched a massive military campaign by deploying 3,000 troops against Malawi Mahdi as he was considered a potential threat to the Pashtun-dominated Islamic Emirate of the Taliban. During the fight, more than 50 Hazara civilians were reportedly killed, and thousands left their villages and homes for mountains. According to OCHA, at least 27,000 people have been displaced following recent fighting in the district of Balkhab. An investigative report of July 2022 highlighted that these families' overall life and health conditions were critical. On July 12, 2022, UNHCR distributed relief aid only to 3,800 out of the 27,000 displaced people of Balkhab district. One of the main challenges for humanitarian aid agencies is that the Taliban provincial governors, including the governor for Bamiyan province, have ordered district governors not to allow human rights and aid agencies to visit the affected districts, contact people, or prepare any report on the human rights situation of the displaced and victim families. The humanitarian crisis of civilians from Balkhab is disturbing, and the Taliban's attempts to prevent the displaced people of Balkhab from access to humanitarian aid will expose them to mass death.

In an atmosphere of fear, terror, and censorship, the Taliban officials have distributed aid to their family members, tribe members, friends, supporters, and Taliban fighters. For instance, people in Ghazni province have complained that international humanitarian aid is distributed based on ethnic, religious, and political preferences. The Taliban distributed the aid mainly in the Pashtun areas of Ghazni province. Similarly, a report shows that the Taliban distributed among their fighters and members the resources that had been allocated to the needy families in Panjshir. Similar complaints have been brought from people in Jawzjan, Nuristan, Daikundi, Lal, and the Sar-e-Jangl district of Ghor and Bamiyan province. Moreover, the Taliban asked around 4,000 families in Daikundi province to return the food items which they had received from the previous government or its equivalent in cash to them.

Humanitarian assistance is being distributed mainly by the UN system and donor institutions, directly and partly by the Taliban through the Ministry of Refugee Affairs and Repatriations. Under the leadership of Khalil Rahman Haqqani, a member of the Haqqani Network, the ministry is also accused of disturbing aid to Taliban fighters. The Haqqani Network (defined as a terrorist organisation by the United States and the United Nations) remains a dominant faction within the Taliban government and has a big say in the group’s overall policies and approaches.

Looking forward
Since their takeover, the Taliban have constantly announced their commitment to respect human rights within an Islamic framework. The reality over the past months shows that the human rights situation has extremely deteriorated under their power. The Taliban regime has widely, harshly, and constantly violated human rights in Afghanistan, even perpetrating serious violations through their intervention in the process of aid distribution.

The protection of human rights should be at the core of humanitarian actions. The international community, particularly the UN, should take this into explicit consideration in dealing with such critical interference by Taliban authorities. The UN should ensure that strengthening human rights protection in the affected communities is part of the objective of humanitarian actions. The latter should be holistic and inclusive concerning the most vulnerable groups.

The uneven aid distribution requires the careful, regular attention and active monitoring of UN agencies and other international donor institutions, in order to ensure that aid is fairly distributed across the country without discrimination. They should also ensure the participation and representation of vulnerable groups such as the Hazaras at the different stages of the allocation and delivery process. In addition, the international community should pressure the Taliban to stop interfering in such a process and stop using humanitarian aid for power consolidation.

We are delighted to welcome Hussain Rezai, who is one of the recipients of the Global Campus of Human Rights’ Afghanistan Scholars and Students At Risk Project.In this context, we have started a research collaboration with him to publish his contributions on this blog and the Global Campus e-journal. This is the first of two posts by Hussain; the next one will focus on the radicalisation of education in Afghanistan.
The GCHRP Editorial Team 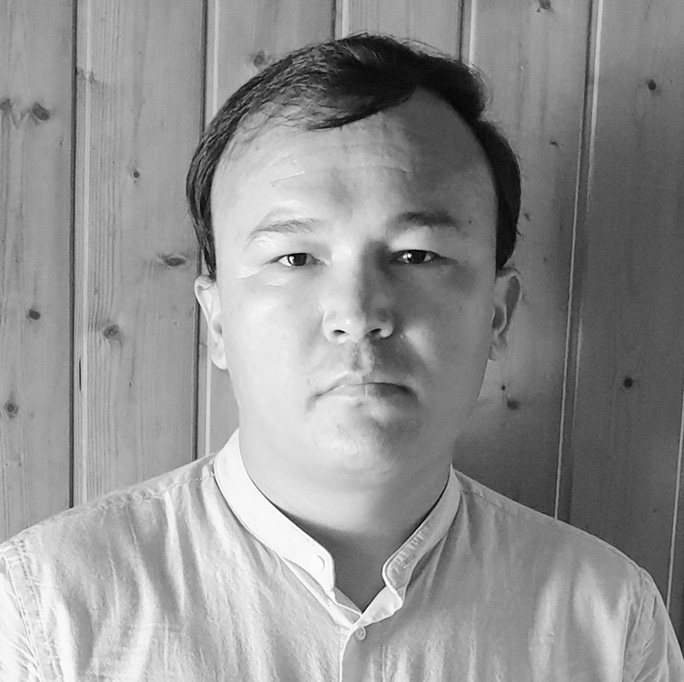 Hussain Rezai is a researcher in anti-corruption and human rights. He worked with national and international organizations in Afghanistan over the past 10 years. He also worked in the education sector in recent years. He is co-founder and director of the Najiba Foundation. He holds a master’s in international relations and a bachelor’s in philosophy and sociology. He is on Twitter @Husain_rezai.