The COVID-19 pandemic has triggered unprecedented challenges. Several solutions have been provided. A decent leadership that entails elements of empathy and humanity is proposed as a different type of ‘vaccine’.

The COVID-19 pandemic has raised a series of legal, policy and ethical issues. Whether it is the tension involved in justifying human rights restrictions in the name of public health emergency or the imposition of authoritarian practices through surveillance technologies, or the need for more cooperation and shared responsibility while ensuring fair vaccine distribution, or for preparedness of local governments and actors there is an acknowledged need for ‘better’ political decision-making and for ‘better’ political leadership.

When lawyers discuss political processes or political improvement (‘better’ decision-making, ‘better’ leadership), it is usually in the form of procedures or enforcement or accountability mechanisms. The legal imagination is often limited to what is available in the lawyer’s toolbox. Useful as this can be, it tends to ignore that political decision-making is, well, political, and thus something that political philosophers may have addressed at some length—as indeed they have, from Plato and Aristotle onwards. Aristotle in particular is associated with a virtue-based approach to politics: people would flourish and excel when behaving well in political life.

Drawing on the Aristotelian tradition of virtue ethics, I argue here that political leadership should be characterised by decency that entails a humane sensibility.

Call for ‘good leadership’
In March 2020, the well-known Israeli historian Yuval Harari was among the first to highlight in a pessimistic note that ’In the battle against coronavirus, humanity lacks leadership ... due to the lack of leaders that can inspire, organise and finance a coordinated global response’. He further warned that:

We must act quickly and decisively… When choosing between alternatives, we should ask ourselves not only how to overcome the immediate threat, but also what kind of world we will inhabit once the storm passes.

A year later, in March 2021, Harari summed up 12 months of pandemic, and noted that despite immense scientific progress, humanity still suffers from bad political decisions. As he emphasises, ’Science cannot replace politics. When we come to decide on policy, we have to take into account many interests and values, and since there is no scientific way to determine which interests and values are more important, there is no scientific way to decide what we should do’. This led him to conclude that ’If Covid-19 nevertheless continues to spread … and kill millions, or if an even more deadly pandemic hits humankind in 2030, this will be neither an uncontrollable natural calamity nor a punishment from God. It will be a human failure and—more precisely—a political failure’.

Harari’s words assume that it is possible to tell the good political decision from the political failure. His words suggest that there is a blueprint, a toolbox that can be used to protect ‘humanity’. His words entail the possibility of there being a ‘vaccine’ to ensure good leadership. What then is this different vaccine?

Virtuous leadership
This question can be answered in various ways. One way is to produce a code of conduct for political leadership. This would have the apparent benefit of mitigating anxiety: there is a craving for seemingly objective tools while navigating among islands of indeterminacy. Another approach, popular among politicians and colloquially known as ‘passing the buck’, is to allocate part of the responsibility to other stakeholders. A third approach may entail dismissing the whole question as a naïve misunderstanding of the inherent elements of power in leadership that are designed solely for subjugation. And yet others may invoke natural justice as the quintessential core of political leadership, or find inspiration and benchmarks in religious commands.

In the meantime, an editorial piece in the New York Times, offered another perspective. It suggested that:

Leadership may be hard to define, but in times of crisis it is easy to identify. As the pandemic has spread fear, disease and death, national leaders across the globe have been severely tested. Some have fallen short, sometimes dismally, but there are also those leaders who have risen to the moment, demonstrating resolve, courage, empathy, respect for science and elemental decency, and thereby dulling the impact of the disease on their people.

The New York Times’ understanding of leadership entails traits that instigate confidence and trust but also compassion, solidarity, empathy, courage and elementary decency. The leaders heralded by the newspaper respond in a subtle manner to the unprecedented absurdity of our era, displaying not only emotional elements but also the trait of phronesis, i.e. practical wisdom informed by imagination. These may not be perfect leaders. They are leaders with weaknesses, who make mistakes and therewith illustrate what Isaiah Berlin described as tragic leadership. For Berlin, great leaders combined traits of strength but also weaknesses, reflecting the absurdity of human nature. And as long as human judgement is not replaced by algorithms and machine learning, the tragic condition of humanity informs both the potential and limits of every exercise of leadership.

Yet, it can be claimed that traits such as empathy, courage and imagination operate in an alleviating way. Moreover, these traits are bound by an invisible thread of decency. In this sense, decency—if manifested in concrete acts of empathy, imagination and humane judgement—can be understood not only as the avoidance of humiliation the way Margalit developed it in The Decent Society but also as a ‘vaccine’ of relief and comfort. It can be conceptualised as a vaccine of kindness and concern—a vaccine of ‘humanity’ against cruelty.

Decent and humane leadership
If decency is conceived as kindness, concern and comfort then this sensibility of decency can be conceived as an umbrella idea and ideal of a better world. In this sense, Albert Camus’ claim in The Plague that, ridiculous as it seemed, ’the only way to fight the plague is with decency’, is a deep acknowledgment of the tragic nature of the human condition: tragedy that can be tempered through the cathartic effect of decency. There are several understandings of the extent and limits of decency in The Plague. There is the minimalist understanding, limited to the idea of doing your job well, whether you are a doctor or teacher or worker, while the surrounding world appears to fall apart. On a deeper level, Camus’ decency hints at solidarity and shared responsibility. And those positive elements of decency, apart from protecting against humiliation, may constitute a humane antidote to the cruelty of plague and pandemic.

Some have suggested that Isaiah Berlin’s understanding of political judgement and subsequent activity entails both the element of decency and of humanity. As one observes:

Those who enter politics, Berlin suggests, should be politicians, with all the pragmatism and readiness to compromise and to forego the satisfactions of personal purity that being a politician entails; but, amidst all their political activity, they should not cease to be both human and humane.

Being humane and acknowledging the same condition for others requires the imagination to put oneself into the shoes of the other and thus reflect upon one’s own self in the spirit of Martin Buber's I and Thou, and further developed by Emmanuel Levinas. Imagined this way, one can argue that this thread of commonality via a human to human interaction of the virtue of mindfulness, can operate cathartically.

So if decency entails elements of humane judgement and empathetic manifestation, can it also be understood as an antidote to cruelty? For Judith Shklar cruelty is the worst vice, because it instigates other vices. Life can be cruel, people can be cruel and, most of all, leadership can be cruel while imposing fear and pain on others, and cruelty of this kind requires an antidote. Call it empathy, compassion, wisdom, solidarity, courage: all those traits appear to be elements of a ‘vaccine’, a cocktail of virtues. Together they constitute a vaccine that may help to alleviate pain and anxiety, which does not aim for the purification effect of catharsis but acknowledges the sensibility of imperfection combined with the art of the possible for a better world. 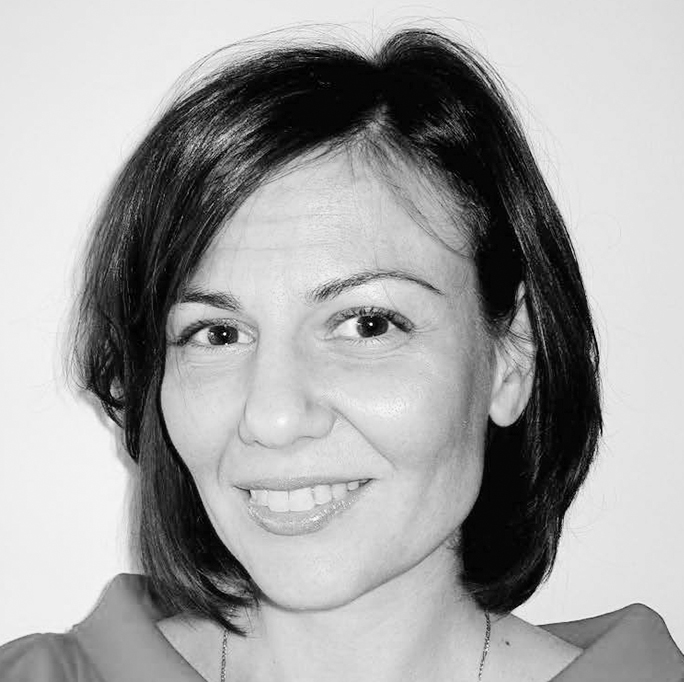 Dr Maria Varaki is a lecturer in international law at the War Studies Department, King's College London. Previously she was a senior research fellow with the Erik Castren Institute of International Law and Human Rights in Helsinki, working on an Aristotelian theory of ethics for global governance, and teaching in the EMA programme.