Having underestimated the SARS-CoV-2 virus and politicised its control, Brazil faces an extreme public health crisis. At the heart of the handling of the pandemic by its government lies an anti-human rights rhetoric derived from far-right populist politics.

As of mid-March 2021, Brazil has more than 11 million COVID-19 cases and 280,000 deaths, with numbers expected to continue to rise. The public health system is spiralling into chaos, with issues such as shortage of oxygen supplies throughout the country. Vaccination has started, but it is operating at a very slow pace and is much more the result of pressure from state governors and civil society than the federal government, which in fact created several obstacles and is reportedly disseminating unreliable information. Brazil seems to be a worst-case scenario as regards state response to the COVID-19 pandemic, but what exactly went wrong? The answer might lie in the effects of far-right populism when in power, in particular its relation to human rights.

In the midst of autocratisation, human rights and democracy suffer in Brazil
At first glance, Jair Bolsonaro's victory in the 2018 Brazilian presidential election was unexpected. Yet it can also be seen as just another chapter in the trend of far-right populism’s electoral success throughout the world in recent years. Alongside Brazil, the United States, Poland, Hungary and other countries have all shared the experience of democratic backsliding as soon as populist leaders stepped into office.

Today's autocrats tend to come to power through democratic elections and take incremental action to dismantle democracies and attack human rights over time. Traditional coup d’états with tanks in the streets and generals overthrowing democratically elected governments are rare nowadays. Instead, modern autocratisation's first signals include constraints on the media, civil society and civil liberties. In other words, human rights are the first and favourite target of autocrats.

Bolsonaro, a former military officer and a member of the Brazilian Congress for 27 years, was famous for praising the military dictatorship that violently ruled the country between 1964 and 1985. His homophobic, misogynistic and anti-human rights rhetoric was also well-known. Having engaged the populist playbook in the run-up to the presidential election in 2018, the big question was how Bolsonaro would behave in power and whether the Brazilian institutions and civil society would resist.

Two years into his term, the effects of ‘Bolsonarismo’ on Brazilian democracy and human rights are undeniable. Frequent attacks on journalists and academics, persecution of political adversaries, disastrous handling of environmental and climate issues, and an external relations philosophy that leaves the country politically isolated are examples of democratic backsliding in Brazil.

In a 2021 report entitled Autocratization Turns Viral, Varieties of Democracies (V-Dem)—an independent research institute—has shown how autocratisation has become a global trend. They classify Brazil, together with Hungary, Turkey, Poland and Serbia, as the top five countries with the most significant decay in the Liberal Democracy Index (LDI) over the last decade. A closer look at Brazil's data shows that this democratic decline happened prominently after Bolsonaro's election.

The Human Rights Measurement Initiative, which collects data directly from human rights experts and practitioners, illustrates the speed and depth of autocratisation since Bolsonaro took office: human rights suffered a direct hit as soon as Bolsonaro and the far-right achieved power. As an example, from 2017 to 2019, Brazil showed a significant decline in its respect for the right to freedom of opinion and expression.

More than words: the effects of far-right politics in the Brazilian public health crisis
The lack of respect for democracy and human rights shown by far-right populism in Brazil, personified in Bolsonaro, is far more than rhetoric—it has real-life consequences. With such a record, the odds of Brazil dealing well with the COVID-19 pandemic were already low; nonetheless the aggressive evolution of the pandemic in Brazil has shocked the world.

According to the Lowry Institute, in a report published on 29 January 2021, Brazil is the worst country in pandemic management among the 98 governments analysed in their Covid Performance Index. Since then, problems have only escalated. A bulletin from the COVID-19 observatory by FIOCRUZ, a Brazilian Center of Disease Control and Prevention (CDC), affirms that the current situation represents ‘the largest public health and hospital collapse in the history of Brazil’.

The Bolsonaro government adopted a far-right populist approach when dealing with the pandemic by proposing simple solutions to complex problems. The president repeatedly downplayed COVID-19, from claiming it was nothing more than a ‘little flu’ to promoting and distributing medicines that he said would work as a ‘preventive treatment’ for the disease, but without being backed by any reliable scientific evidence.

If far-right populism already has a tumultuous relation with democracy and human rights, the problem only grows bigger when facing a global pandemic, such as COVID-19. In the last year, governments worldwide faced a great challenge and were all put to the test. This included the necessity of swift decision-making to take public health measures and mitigate the pandemic's economic and social impact, especially on vulnerable groups.

Unlike other governments that at first underestimated the pandemic but over time adjusted and began to fight the virus, Bolsonaro has doubled his bet. With the standard Manichean view of populists, the president has politicised topics such as the vaccine, the use of masks and the adoption of lockdown measures. The safety and efficacy of vaccines, especially those from China, are often questioned by the government. Simultaneously, the use of masks and lockdown measures are seen as limitations on liberty and economic freedom.

By polarising the population's views on these topics, Bolsonaro has managed to mobilise his supporters and shift the discussion on how to deal with the pandemic from a scientific base to a political one. Those who support mass vaccination and the adoption of measures to slow down the spread of the virus are mostly considered political adversaries of the Brazilian government.

Countries that have been seen as more successful in dealing with this global pandemic demonstrate the necessity of a human rights-based approach, putting peoples' health as the first and foremost objective. The tragedy that is occurring in Brazil shows, on the other hand, how anti-human rights rhetoric, when put into practice, can have devastating results.

Beyond being a public health emergency, the COVID-19 pandemic also contains substantial social and economic dimensions. In this sense, a human rights-based approach that considers the framework of international human rights standards and the necessity to promote and protect those rights is crucial to deal with the crisis. As an example, an UN-issued checklist for a human rights-based response to the pandemic is composed of five pillars essential to proper handling of the COVID-19 crisis: Health First; Protecting People; Economic Response and Recovery; Macroeconomic Response and Multilateral Collaboration; and Social Cohesion and Community Resilience.

In Brazil, however, human rights-based initiatives have been utterly ignored in favour of a political project. While the opposition and civil society's efforts have pressured the government to start an erratic vaccination programme, a long-term effect of the COVID-19 crisis in Brazil, matching its political landscape, will be a fragile democracy and a worrying scenario for human rights defence. 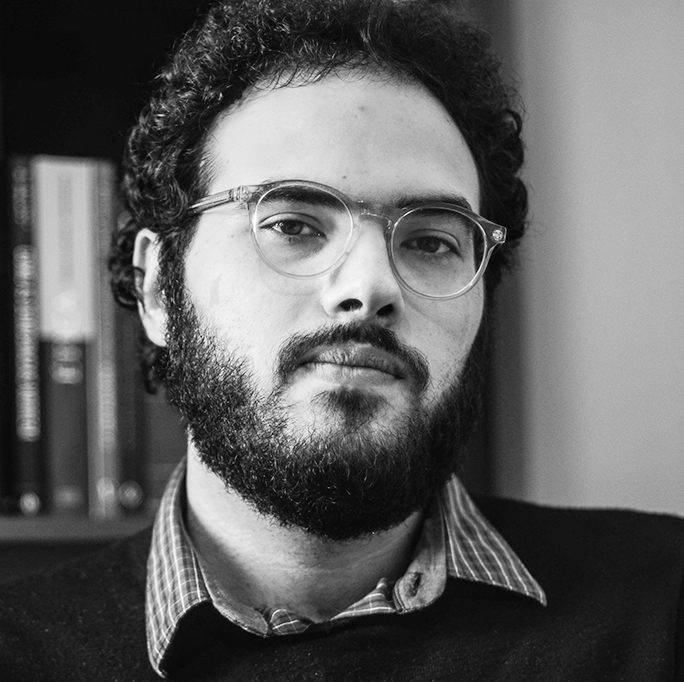 Eduardo Burkle is a lawyer and human rights activist from Brazil. He holds a European Master’s Degree in Human Rights and Democratisation (EMA) from GC Europe. His research focuses on the relation between the Transitional Justice experience in Brazil, collective memory and the rise of far-right populism in contemporary Brazilian politics.

Cite as: Burkle, Eduardo. "In the Wrong Place, At the Wrong Time: How Bolsonaro's far-right populism drove Brazil into chaos during the COVID-19 pandemic", GC Human Rights Preparedness, 25 March 2021, https://gchumanrights.org/preparedness/article-on/in-the-wrong-place-at-the-wrong-time-how-bolsonaros-far-right-populism-drove-brazil-into-chaos-during-the-covid-19-pandemic.html