The COVID-19 pandemic is both global and local at the same time. To fight the pandemic, it takes global efforts, collaboration across all national borders, and it will only be successful if local and individual actors complete the efforts.

The COVID-19 pandemic is both global and individual and very local. To fight the pandemic, it takes global efforts, collaboration across all types of physical, mental and virtual borders, between scientists and policymakers and all of us alike. Governments, by contrast, have remained largely in limbo, unable proactively to govern the virus. At most, they have been managers, operating between vast and developing global dynamics and local initiatives.

For the most part, it has been international organisations such as the WHO that have set health standards, equipped hospitals, informed city officials and started both education campaigns and global vaccination programmes such as Covax. Equally, it has been city officials and civil society that implemented and enforced the rules, taken proactive actions and volunteered in vaccination campaigns. Meanwhile, governments have often remained spectators, guardians and spokespersons repeating what scientists and international organisations have recommended. For the most part then, the pandemic has been governed glocally not nationally.

We see that governments across the globe have lost sovereignty over the course of the pandemic. They no longer have de jure and de facto authority over pandemic-related measures, and even when aiming to regulate local actors and recommending actions, their enforcement capacity remains low.

Intriguingly, national fatality rates do not correlate to whether a country is governed democratically or autocratically. The assumption that well-functioning democracies in Europe are more efficient when dealing with crises than dysfunctional and authoritarian states does not seem to be borne out by the evidence. Neither the case rate and fatality, nor the number of vaccinations, illustrate that democracies are dealing better with the pandemic than authoritarian-led countries.

For example, democratic countries like Sweden, Denmark or the Netherlands, and authoritarian ones like Turkmenistan, China or Russia, have similarly high or low case rates, independently of their political regime. Hence the pandemic, like any global crisis, has become an intriguing case study to measure the quality and efficiency of governance regimes.

It is not the political system that matters: It’s glocal!
Countries with dysfunctional, corrupt, poor and autocratic regimes, such as Kyrgyzstan, Ghana and Bahrain have a low case fatality akin to those in strong democracies such as Norway, Canada and New Zealand. Among those with a fatality rate below 1.0, we find autocracies such as China or Kuwait, as well as full democracies such as Finland and South Korea. There is no correlation between the regime type and the case fatality. And even when we take aging societies and different healthcare systems into account, there is no correlation between wealthy democratic countries, like France and the US, and poor, authoritarian countries, when it comes to case fatality.

What matters is how local decision-makers and civil society organisations respond, inform and guide people through the pandemic, and how these guardians follow recommendations by organisations such as the WHO, and hence when glocal governance kicks in.

A situation is glocally governed when local decision-makers and actors take globally approved norms and recommendations and apply them to fix local (and individual) problems. These guardians and activists have been called an ‘army of volunteers’ during the pandemic: this army has worked to educate, to vaccinate and more broadly to help in all sorts of ways. They have taken people to hospital, provided food packages during lockdowns, and helped people living in poverty in other ways too. In most countries in the world, it was the families, local businesses and medical personnel who kept states running. The Carnegie Endowment called the coronavirus ‘a catalyst for civil society’, and a test case to see whether and to what extent state authorities still matter in dealing with global crises.

‘A booster shot’ for glocality
Think global, act local … be glocal! Albeit very much unwanted, the pandemic has ‘boosted’ glocality across the planet because it revealed dysfunctional parts of statehood, including inefficient state health and social security systems. Shortly after the global outbreak of COVID-19 in 2020, the WHO called all stakeholders to take glocal actions. And EU heads of state called for joint efforts at all levels—international, national, regional and local—apologising in advance for ‘the burden these measures would put on all citizens’ sense of responsibility’.

The pandemic boosted glocal governance simply because state governments were unable to deal with a global crisis within national borders. The virus simply did not care about national territorial sovereignty. Therefore, thinking about global solutions, and implementing them locally, can be seen, first, as a threat to undermine national sovereignty and authority; and second, as an effective alternative governance model to dysfunctional national regimes.

Much has already been said on how national governments are losing sovereignty and legitimacy in a globalised world; far less has been said about the ways in which these regimes might be transforming. On the one side, they share and transfer power—willingly or not—to international and supranational organisations such as the WHO or the EU; and on the other side, they share with local community leaders, city officials and private entrepreneurs and during the pandemic with health personnel and scientists. At the local level, they also share implementation and enforcement powers with civil society organisations (CSOs), volunteers, activists and human rights defenders who often fill power gaps that state authorities leave behind.

If people trust the abilities of WHO or CSOs to fix their day-to-day problems, more than they trust governments, then governments turn into Potemkin villages: behind their gigantic display boards they pretend to keep state affairs under control, whilst they have already transferred power to private and civil society actors.

The glocal twist in the pandemic
Consider the following. The first effective COVID-19 vaccine was developed in a privately-led pharmaceutical laboratory, Biontech, in Mainz, Germany, and owned by another transnational and global pharmaceutical company, Pfizer. Immediately after, it was the WHO that set the global standards and established the Covax programme; and it was a combination of public-private partnership between local authorities and volunteers, doctors, nurses, social workers and business that set up vaccination programmes. The glocal twist of the pandemic might be less noticeable in wealthier countries or very autocratic ones, but already at the poorer peripheries of the EU and beyond, national governments have largely been absent from proactive measures.

The glocal twist of the pandemic has made us all change our attitudes and actions, across cultural and physical borders. We have gained more confidence in global players and transnational players, who seem to respond quicker and more efficiently. The pandemic has also strengthened the role of volunteers and CSOs. My hunch is that this glocal twist will not suddenly disappear after the pandemic. Instead, it will further expand and make local actors more confident in resolving other local problems of a similar kind that are connected to global solutions. 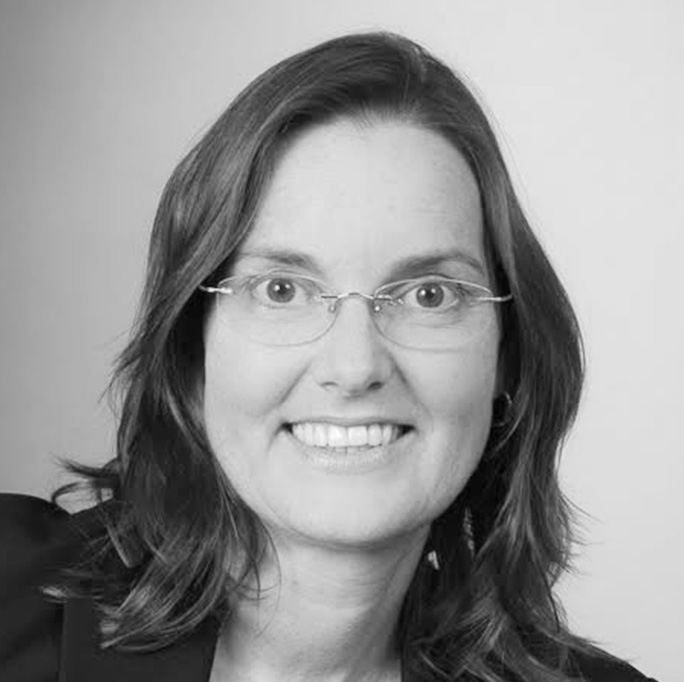 Dr Anja Mihr is DAAD Associate Professor at the OSCE Academy in Bishkek, Kyrgyzstan. She is a professor of human rights, governance, public policy and transitional justice, and founder and programme director of the HUMBOLDT-VIADRINA Center on Governance through Human Rights in Berlin, Germany. She was EMA Programme Director (2006-2008) and still teaches in this programme at the Global Campus of Human Rights.