Under the state of emergency, governments have curtailed numerous fundamental rights. Since epistemic uncertainty makes it difficult to determine whether this is constitutionally warranted, we are witnessing a dispute over the nature and future of constitutional democracy.

In many countries, vaccination against the SARS-CoV-2 virus is underway, and others are gearing up. In the ideal scenario, the new coronavirus will slide into the category of ‘regular’ infectious diseases which are always out there but largely under control, and there will be no more need for lockdowns and the like. Let us hope the prediction is correct, even though uncertainty still lingers.

Some lessons brought about by the pandemic are nonetheless of more general significance, especially for constitutional democracies which pride themselves on the protection of fundamental rights (i.e. human rights as enshrined in positive law). Several measures introduced by the executive-administrative apparatus in order to combat the pandemic have considerably limited or derogated from numerous fundamental rights. To be able to do so, governments have made repeated use of the state of emergency. There is a lively debate among lawyers whether this is justified, both against the background of constitutional and international law provisions. Even if such measures are ultimately found within the limits of the acceptable, it is clear that governments have enjoyed considerable discretion in comparison to normal politics.

Maybe what we have seen is the best the state can do under such conditions. But then several hard questions about the nature of constitutional democracies arise, ones that transcend legal considerations and point towards issues explored by political philosophy and political science. In this short essay I will draw on the Czech case because it represents a model example of one possible approach (and because I know it best); however, at a proper level of generalisation, the lessons may be applicable beyond the jurisdiction of the Czech state. My basic point is that judicial protection of human rights cannot, on its own, provide the desired answers, and that we need to take seriously the fact of normative disagreement and try to figure out how to harness it productively.

Epistemic uncertainty, proportionality and normative disagreement
The state of emergency (the most recent Czech incarnation here) allows the government of a state to limit fundamental rights of citizens; the grounds for declaring emergency usually include ‘substantial threat to the life and health’ or some such provision. Prominent among the rights limited in the current state(s) of emergency are (the right to) the freedom of movement and (the right to) the freedom of association, but also certain economic rights (to run a business, to seek a job), the right to education (which many states are in fact obligated to provide), and the right to private and family life.

More broadly, the state of emergency is a quintessential example of what scholars of politics call securitisation—the act of declaring a certain issue a matter of security, so that extraordinary measures can be legitimately employed. And listening to New Year’s Addresses by the highest Czech public officials, one could not miss the existential metaphors of enemies, battles and coming victories.

Seen from a human rights perspective, the state of emergency merits close attention in part because of the reduced possibility of judicial or constitutional review. In a series of decisions (here, here and here), the Czech Constitutional Court (CCC) has ruled that neither the very declaration of the state of emergency nor the subsequent particular measures can be subjected to regular review by either the CCC itself or by the Supreme Administrative Court. Although it cannot be ruled out in principle, the conditions for initiation of the procedure make it nigh impossible. Effectively, the only kind of accountability the government faces is political, that is, to the parliament and ultimately to citizens qua voters. But elections are often remote while rights curtailment is felt immediately. No wonder the idea of the right to civil disobedience/resistance has crept into the public consciousness (see recently here, here, here or here —the key term in Czech is ‘neposlušnost’ or ‘odpor’).

We thus had better have good reasons for trusting the competence of the executive branch. However, as scholars from the Czech Academy of Sciences’ Institute for State and Law point out, decision-makers are faced with serious epistemic uncertainty, a kind of a ‘fog of war’ which precludes not only precise predictions, but also consensual evaluation of both past and current policies related to COVID-19. Put simply, it is difficult to come up with a non-controversial scale of success and failure, effectiveness, efficiency, or acceptable degree of risk. Public figures often lament citizens’ ignorance of scientific arguments, but it is not clear that ‘scientists’ agree on much, including epidemiologists, virologists and immunologists themselves. Scientific knowledge is only being gathered, and this holds both domestically and cross-nationally. Moreover, even if all such scientists were to agree to agree, this would not provide ready democratic answers. Scientists have science expertise but this does not make them experts on other dimensions of societal functioning. Their conclusions may not carry decisive importance for economists (think of the soaring national debts), business owners, or citizens at large whose fundamental rights have been curtailed. So for example, given the different hierarchies of values and trade-off rates between these values, it seems an epistemically open question whether repeated across-the-board countrywide lockdowns do more good than harm overall, especially with respect to their long-term ramifications—economic, psychological, educational, and so on. To put it simply, there is no such thing as a purely scientific decision in politics, only better or worse justified political decisions.

Epistemic uncertainty is thus simultaneously normative uncertainty—that is, uncertainty about what is the right thing to do, all things considered. And what counts as all things is surprisingly complicated. Let me give a brief example of how those different hierarchies may work. Opponents of restrictive governmental measures often argue that the probability of becoming seriously or terminally ill with the COVID-19 virus is rather low, which renders the curtailment of fundamental rights highly objectionable. They thus appeal to the unjustifiable number of false positives, that is, expected bad consequences that never happen: in their view, the government is using a sledgehammer to crack a nut. But for sure, those who contract the virus and fall seriously ill or die (and perhaps those who end up the same because of healthcare restrictions, such as postponed surgeries, as well as lots of medical personnel who cannot avoid contact with highly contagious patients) would retort that the hammer was not large enough, thus allowing for false negatives—overlooked or ignored bad consequences which have happened. They do not care about (dim) ex ante probabilities, but about (obvious) ex post results. And while both sides will likely employ human rights-inspired arguments, they will greatly differ in how high the threshold level for state intervention lies. There are thus inevitable trade-offs in human rights protection, and it is not obvious which option is better: people disagree, as do so-called experts, including moral and political philosophers.

It is tempting to say that the carefully executed test of proportionality —the linchpin of human rights-related case law of a great many constitutional courts around the world—will give us some hint, or might at least provide a well-defined target of criticism, reflection and public debate. However, there are several reasons why its application is fraught with difficulties.
First and most generally, constitutional courts are no less subject to epistemic uncertainty than other actors, and their position as authorities on moral dilemmas has never been not questioned. Second, in the CCC’s perspective the examination of the suitability, necessity and reasonableness of rights restrictions entailed by emergency measures is effectively precluded. I cannot reiterate the rather complicated legalese, but the basic point is that the declaration of emergency as well as the subsequent measures are largely beyond the remit of the Court (‘no abstract review’), and that individual constitutional complaints about human rights violations are illegitimate here (‘no concrete review’). A very recent ruling in which the CCC—for the first time since the pandemic broke out—has struck down a governmental measure was initiated by a group of Senators (members of the upper chamber), and the reason for the ruling was the discriminatory nature of the measure with respect to retailers, rather than the outcome of any balancing test. In other words, in countries such as the Czech Republic it is not officially possible to inquire into alternative strategy/tactics of dealing with the COVID-19 situation, per the CCC itself. The trade-off problem has been thus avoided by definitional fiat, but it is not clear that this actually helps in protecting citizens’ fundamental rights.

Third, even if such examination went ahead elsewhere, it is quite possible that different constitutional courts would come to different conclusions. But then the losing side(s) could voice a complaint that a particular national-level decision (ie, the national constitutional court) was wrong, and perhaps appeal to a higher judicial institution, as is quite common at least in the European area given the existence of the European Convention on Human Rights and its companion court, the European Court of Human Rights. After all, the significance of human rights should not be determined by the practices of national jurisdictions, should it? This points to controversial normative issues regarding transnational and ultimately global judicial and political decision-making, including questions such as why governments should submit to such decisions, or why should national constitutional courts. At the same time, if the objective is to provide the strongest possible protection of human rights, and if national authorities can get it wrong, then a higher-order judicial institution which authoritatively unifies the case law seems called for. However, transnational judiciary without transnational administrative and executive backing, not to mention a democratically-legitimate legislative framework, cannot achieve much. This leaves us knee deep in matters of global democracy and perhaps global justice (note, however, that the problem of normative disagreement will not go away, and may even become more salient).

Thinking about human rights preparedness
Suppose this is not the last large-scale crisis humanity is going to face in this century (not exactly a bold conjecture I guess), which means that structurally similar issues will likely spring up again, even if the particular configuration of actors and beliefs will be different. The real challenge then does not lie in figuring out who is the best expert on any given problem, but in managing normative diversity without undermining the foundations of constitutional democracy—which is, after all, still a democracy . Perhaps deliberative democratic theory has something to add here. At any rate, in my view at least, thinking about human rights preparedness requires moving beyond human rights preparedness narrowly construed. 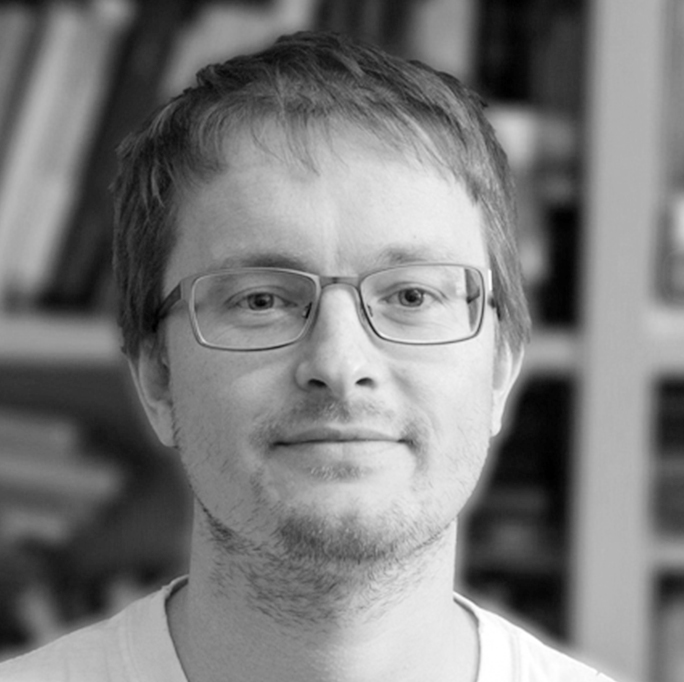