A human rights-based approach to development must be used when approving new extractive projects in traditional First Nations territories. It will foster meaningful participation and address inequalities stemming from resource-based development while ensuring preparedness to deal with geopolitical and health challenges.

Since the beginning of the 21st century, ‘extractivism’ in British Columbia (BC) has been shaped according to an 'environmentally-friendly development path', interlinking sustainable development with the growing global demand for natural gas. In particular, liquified natural gas (LNG) has long been depicted as one of the best opportunities for First Nations to benefit from natural resources found in their traditional territory while helping the world go greener.

In this context, on October 2nd, 2018, a Final Investment Decision was issued to construct the LNG liquefaction facility in Kitimat and the related CGL pipeline throughout the BC province. During the Open House and Job Fair hosted by LNG Canada in October 2019, the economic opportunities LNG can ensure to locals were at the core of the discussion. Many residents expressed appreciation for the liquefaction facility, mainly because it provides jobs in the area. As they said: ‘I’ve heard about the Kitimat project for a while, and I’ve already applied with Your Place, and I’m just excited for the opportunity to work so I can provide for myself and my son.’ (Tyanna Stewart, event attendee, Gingolx Village). ‘A project like this will build sustainability for our youth, both Indigenous and non-Indigenous. Today has really opened a lot of eyes. Is a big, big step.’ (Gary Alexcee, event attendee and local resident). ‘I came out to see the employment opportunities with the different companies. I’m excited for all the job opportunities that are close to home.’ (Anna Juch, event attendee and local resident).

Sustainability and Indigenous peoples’ rights are then intertwined, and to promote a just green transition, it is crucial to adopt a human rights-based approach (HRBA) when dealing with new development projects that might affect Indigenous communities while ensuring preparedness for any adverse (endogenous and exogenous) effects that the extractive sector can cause. This is particularly relevant in light of the fact that BC was the first Canadian province that passed a law (Bill-41, November 2019) to align its provincial legal framework with the content of the United Nations Declaration on the Rights of Indigenous Peoples (UNDRIP).

Nonetheless, the Haisla Nation announced the construction of a Floating Liquefaction Facility (FLNG) next to the LNG Canada facility in Kitimat. Pending the Final Investment Decision to be taken by 2023, the floating facility will be located 8.5 km from the Kitimat LNG Industrial site and connected to the Coastal Gas Link Pipeline. The project (named Cedar LNG) is presented as ‘the first Indigenous majority-owned LNG export facility in Canada, which will provide unprecedented opportunities for both the Haisla Nation and the region’. It is considered to be a vital element of the development strategy of the Haisla Nation, both economically and socially, allowing it to own and participate in the industrial development in its territory. In the Cedar LNG project description, it is emphasised that preparedness to mitigate the adverse effects the extractive sector can have on Indigenous health, culture, and socio-economic conditions is a milestone. At the same time, a HRBA to development must be adopted, with ongoing consultation and engagement to be performed throughout the approval and construction phases. As established by the BC Office of the Human Rights Commissioner, one of the main goals of a HRBA to development must be to ensure meaningful participation and inclusion throughout the decision-making process, with specific attention to Indigenous worldviews.

Preparedness is an essential element to address the challenges of the extractive sector at the local level, as well as to cope with the sector’s volatility due to exogenous factors. The current pandemic has hit LNG development in BC. Significant delays in the construction due to the halt imposed by COVID-19, intertwined with a notable increase in costs generated by the same pandemic, have fostered debate around the economic feasibility of the two projects, to the point that it has been speculated that LNG Canada might be the first and last liquefaction facility in Canada for the time being. In 2012, the cost of the pipeline was estimated to be $4 billion, but by the end of 2021 it was estimated that the new cost will reach $6.6 billion. Furthermore, the Institute for Energy Economics and Financial Analysis (IEEFA) estimated that by 2026, when LNG Canada will be producing at full capacity, the offer of LNG from other countries and at a lower price might pose severe challenges for LNG Canada to make significant profits from its operations.

This was the situation a couple of months before the Russian invasion of Ukraine, which has provided new impetus to the discourse around Canadian gas and the role Canada should play as a world energy provider. Due to the rapidly evolving geopolitical situation, in some Canadian 'Petro-provinces' like Alberta, some politicians have called for the construction of gas pipelines throughout the country to export Canadian gas to the world, thus helping to solve the energy crisis in Europe while defanging Russia. In this sense, during the IEA meeting held in Paris on March 23rd-24th, 2022, Canada’s Natural Resources Minister Jonathan Wilkinson affirmed that Canada could increase oil and gas exports by up to 300.000 barrels per day by the end of 2022. However, no current infrastructure could transport Canadian gas from Western Canada to the East Coast to be shipped to Europe.

Meanwhile, Russia and China have concluded important energy agreements (worth an estimated US$ 117.5), according to which Russia will supply China with more gas through the Power of Siberia pipeline. This new situation may have an impact on the marketable perspective for Canadian gas to the Asian market, China being one of the largest importers among Asian countries.

Whereas the gas industry in BC can provide meaningful opportunities in the short/medium term, its positive impacts could be offset by its long-term drawbacks. The success of a gas project is highly dependent on internal dynamics (i.e. the approval and support provided by First Nations, with Bands that could have opposite views on the same project), as well as exogenous factors such as market demand, economic trends, and other unpredictable variables (i.e. geopolitics and global health issues).

Moving towards a more sustainable development path while using resources that can be found in traditional Indigenous territories requires the implementation of a comprehensive HRBA to development, where preparedness to deal with internal adverse dynamics as well as geopolitical and health challenges plays a key role in defining which development projects can be approved and realised. As argued by some scholars from the C26 Universities Network, citing Healy and Barry:

The decarbonization imperative presents an opportunity to decisively steer societies towards an ecologically and socially more inclusive path, reflecting ‘a decision to live in a different type of society, not simply a low-carbon version of the current one’. 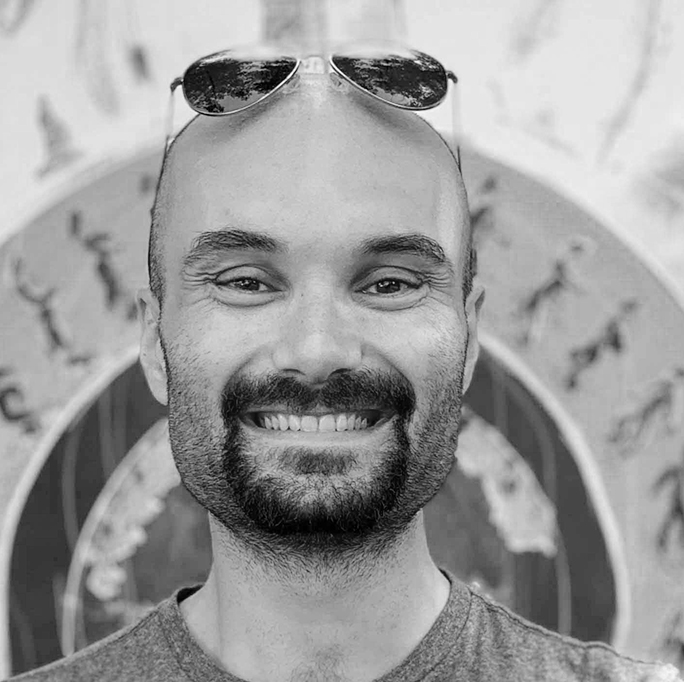 Dr Giuseppe Amatulli is a Post-doc Researcher at the UiT, The Arctic University of Norway, Tromsø, in the Arctic Silk Road research group. Previously, he was a PhD candidate in the Durham ARCTIC PhD programme. He graduated from the European Masters’ Programme in Human Rights and Democratisation (EMA) in 2014. In 2021 he was awarded the Firth Award by the Royal Anthropological Institute for outstanding PhD research.

Cite as: Amatulli, Giuseppe. "Green transition and First Nations’ rights in light of the drawbacks of COVID-19 intertwined with the Russian invasion of Ukraine", GC Human Rights Preparedness, 23 June 2022, https://gchumanrights.org/preparedness/article-on/green-transition-and-first-nations-rights-in-light-of-the-drawbacks-of-covid-19-intertwined-with-the-russian-invasion-of-ukraine.html