The COVID-19 pandemic creates the necessary momentum to transform short-term solutions into permanent policies in addressing inequalities in cities. For us to be the better version of ourselves individually and collectively, the time to redesign our cities is now.

Often our cities could be more adequately described by the title of the Charles Dickens’ book A Tale of Two Cities. Most cities, in varying degrees, are unequal regarding the distribution of common spaces, infrastructures and services. The rights of city dwellers, such as the right to life, the right to health or the right to non-discrimination, are impacted in a different way according to which part of the city they live in; the ‘cities’ they live in are, in a way, different. And the COVID-19 pandemic has acted as a magnifying glass of those existing inequalities that prevent a full realisation of human rights in cities. Yet, the crisis is also our opportunity to re-design cities — to make them places where inequalities are addressed. As MIT Professor Nicholas Monchaux has stressed, this crisis is a catalyst to create a fairer city — a way to ‘to begin to craft, out of many cities, one’.

To date in dealing with the pandemic, local authorities have mostly considered the immediate implications, tackling issues related to urban space, housing and non-discrimination in order to mitigate public health risks. This crisis calls for new forms of responses and creates, in many ways, the necessary momentum to transform short-term solutions into permanent policies. Where local authorities adopt those permanent policies and develop strategic plans for the future of our cities, they will enrich their plans and policies if they include a rights-based approach. Relatedly, the re-design of our cities requires a truly intersectional approach to address the diverse needs of their inhabitants and ensure that cities do not discriminate. Women, children, older people and people with disabilities, for example, live and move in cities differently. By looking at ‘how cities perpetuate inequality from the perspective of race, gender, ability, and class’ as Leslie Kern, the author of Feminist Cities, puts it, local authorities can ensure that the policies they adopt in the future serve all citizens in an equitable manner.

In what follows, I would like to highlight four areas that, as a result of the COVID-19 pandemic, have received increased attention from local authorities, mainly in Europe and North America, but also beyond. Actions and investment continue to be necessary in these areas, and the transformation needs to be accelerated. However, a re-design of our cities must also go beyond these four areas and start from a rights-based assessment of the city in question.

(1) Increasing the quantity and quality of common spaces
One of the key issues in tackling this pandemic and future public health issues is a lack of urban space — both private living space and wider neighbourhood public space.

(2) More equitable and inclusive cities in terms of housing
The pandemic crisis can also serve as a catalyst to solve the housing crisis that can be seen across the globe. It has shown the importance that having a home has to the exercise of other human rights. In the United Kingdom, for example, the Office for National Statistics has released figures showing that poorer areas of the country — those with a social housing shortage, overcrowding and more homelessness — have had significantly higher coronavirus mortality rates.

At the beginning of the lockdown, many local authorities found ways to accommodate homeless people but after a few months, they were left to return to the streets. Moreover, as FEANTSA’s ETHOS typology reminds us, homelessness is not limited to people sleeping in the street; it also includes those affected by inadequate and insecure housing. Long-term strategies are now needed to end homelessness and reduce extreme crowding, not just to tackle this pandemic but also to improve the health and well-being of citizens.

(3) Prioritising pedestrians and cyclists
A more equitable city also means accessible and generous public spaces for pedestrians and cyclists. Pop-up bike lanes, for example, mushroomed this year from Mexico City and Paris to Bogota, Lisbon and New Zealand. Shared streets are another common initiative prompted by the COVID-19 pandemic: all over the world, cities are actively transforming, or debating the transformation of, certain streets into multi-use public spaces — for jogging, biking, outdoor markets and outdoor dining. They are doing this largely because of air circulation and social distancing concerns, and to borrow again the words of Nicholas de Monchaux, in this way they are creating ‘spaces that make cities fairer and more resilient’.

(4) Improving air quality
Turning finally to air pollution, which can prevent citizens from enjoying urban spaces and can damage health. Most major cities in the world noticed an improvement in air quality when the initial lockdowns were imposed. This was the case in one third of Chinese cities, New Delhi, Barcelona and Madrid, to name just a few.

Researchers have linked air pollution with the risk of death from COVID-19, showing that higher pollution levels result in higher numbers of hospitalisations, higher numbers of deaths, and the need for more resources. As Francesca Dominici, a Harvard biostatistics professor, says:

If you’re getting COVID, and you have been breathing polluted air, it’s really putting gasoline on a fire.

To limit the deadly consequences of this pandemic, monitoring air quality in cities seems an appropriate tool. More broadly, a human rights city is a more breathable city. In his 2019 report, the UN Special Rapporteur on human rights and the environment explored the right to breathe clean air and the negative impact of air pollution on the enjoyment of many human rights. One message is clear: clean air is a human right that needs to be taken into account in the redesign of our cities.

Air pollution is also related to social justice as pollution disproportionately affects the most vulnerable communities in cities. For instance, a report from the European Environment Agency showed last year that even in the wealthier European cities, the poorer communities were the ones more exposed to higher local levels of nitrogen dioxide.

Conclusion
This crisis creates a major rupture in the status quo. In order to support long-term, sustainable change, which fosters fairer and more equitable cities better prepared for future pandemics, responses must be anchored in upholding human rights. The way we redesign cities will reflect our values and aspirations, but will also have an impact on our wellbeing and will shape our social relations. In Rebel Cities, David Harvey notes that the

For us to be the better version of ourselves individually and collectively, the time to redesign our cities is now. 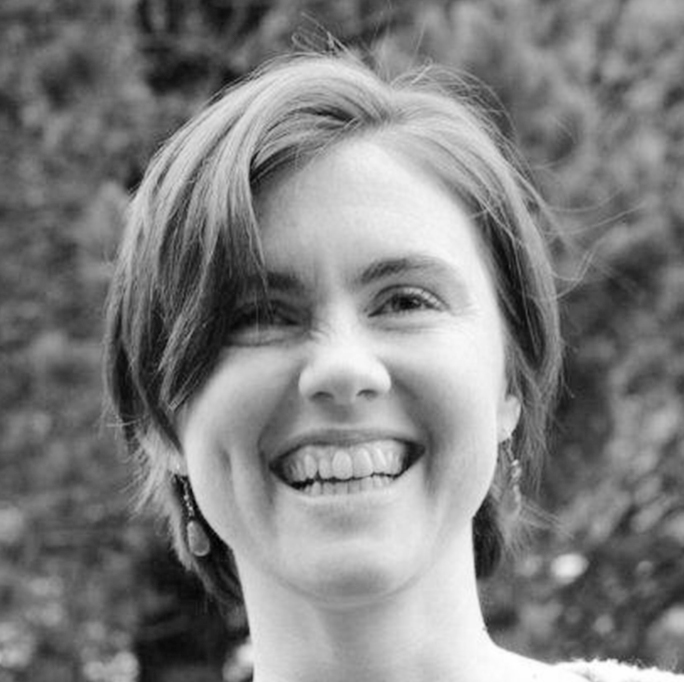 Véronique Lerch is an international human rights consultant, specialised in children’s rights, working for institutions such as UNICEF, the European Commission and Amnesty International.

Cite as: Lerch, Véronique. "Designing a City That Belongs to All of Us", GC Human Rights Preparedness, 17 December 2020, https://gchumanrights.org/preparedness/article-on/designing-a-city-that-belongs-to-all-of-us.html