What are the true requirements for ending world hunger? Drawing lessons from community-driven food growing initiatives in South Africa, we advocate for a human rights-based approach to build communities with localised and participatory food systems.

When the World Food Programme (WFP) issued a one-time appeal to billionaires to donate six billion dollars to end world hunger, outspoken billionaire Elon Musk asked the WFP to illustrate the exact manner in which this could be achieved. This prompted the consideration of what is truly required to end world hunger, or even, simply the societal experience of hunger in a single nation-state, with due regard for food systems, and the meaning of food across communities and cultures. This is ever more complex in the context of a crisis. 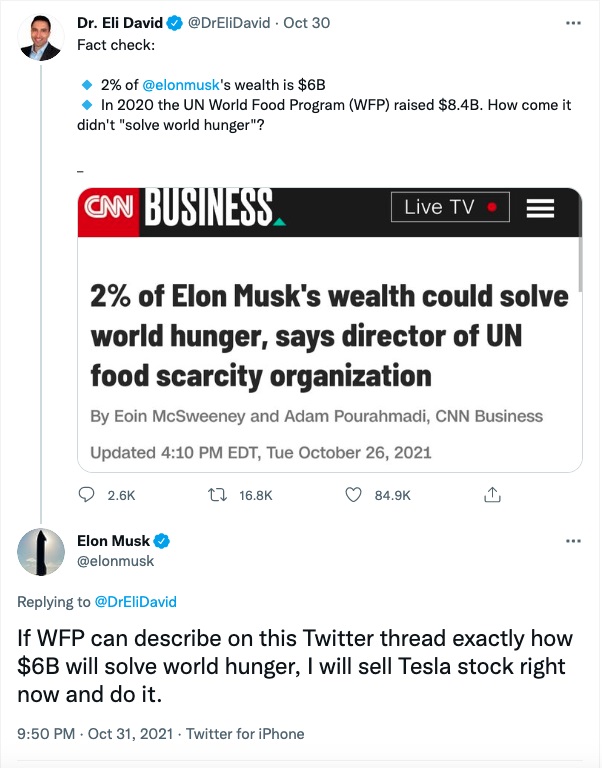 The South African governmental response to the onset of the COVID-19 pandemic in 2020 sent the country into a hard lockdown. On 15 March 2020, a national state of disaster was declared and persisted until 5 April 2022, with transitional measures still in place. South Africa’s lockdown was characterised by a widespread halt in day-to-day operations, meaning essentially that the country’s economy was shut down. Over 3 million people lost their jobs in 2020 in South Africa, two-thirds of which were women. A side effect of the economic collapse was the experience of widespread hunger, exacerbated by the unforeseen strain that this collapse placed on an already unsustainable food system.

The South African government’s response to the hunger crises concomitant to the COVID-19 crisis was the provision of food parcels to underserved communities, and the opening of a social relief of distress grant allowing adults to apply to receive R350 per month (around USD 23). However, these measures were insufficient in addressing the scale of the problem. Activists had to take matters into their own hands to address the hunger being experienced in their communities.

While section 27 of the South African Constitution guarantees everyone the right to have access to sufficient food and water, this is not representative of the lived realities of an alarming number of people in South Africa, where it is estimated that at least 12 million people are food insecure. Article 14(2)(c) of the African Charter on the Rights and Welfare of the Child, to which South Africa is a party, recognises the obligation ‘to ensure the provision of adequate nutrition and safe drinking water’, so that every child is able ‘to enjoy the best attainable state of physical, mental and spiritual health’. An estimated 1.5 million children in South Africa are not the beneficiaries of this obligation. Furthermore, Article 11 of the International Covenant on Economic, Social, and Cultural Rights explicitly obligates state parties to take measures, locally and internationally, to fulfill ‘the fundamental right of everyone to be free from hunger’, and to ensure food system reform is undertaken with this in mind. South Africa became a party to this international instrument in 2015 and is bound to this obligation. Additionally, Article 15 of the Protocol to the African Charter on Human and Peoples’ Rights on the Rights of Women in Africa, with South Africa’s ratification deposited in 2005, provides for the right to food security, particularly for women, who make up more than 60% of South Africa’s chronically hungry people. These provisions demonstrate the obligations that the South African leadership structures must fulfil.

Realising the right to food
Informed by a pattern of grassroots, community-driven responses to food insecurity in South Africa in 2020 and beyond, the supportive role of government and aid providers, in line with a human rights-based approach borne from the aforementioned obligations, must respect the participatory element that should drive development and food security. Participation is a central approach to human rights and democratic governance. Yet the provision of food parcels and the insufficient social relief of distress grant placed citizens in the role of recipient rather than participant.

Since the national lockdown in response to COVID-19, one in ten people reported experiencing hunger. The South African government’s responses to the hunger crises throughout this pandemic have been temporary measures providing solutions that cannot be financially sustained, nor are they able to address the true scope of the issue. Food insecurity in South Africa is the result of crises in overlapping socio-economic, environmental and cultural spheres, with ‘food security’ describing stable physical and economic access to safe food that fulfills the personal and nutritional requirements of people.

Building resilience to food insecurity is an approach marked by participation rather than provision, with an emphasis on a community’s capacity to respond to volatility and shocks impacting food availability. This approach to strengthening food security has been deployed by communities across South Africa, resulting in a decentralised movement of household food growers.

Food is not only a product provided to those who can afford to buy it, but rather the result of a collaborative effort, land acquisition, adequate knowledge, basic infrastructure and access to seeds. Communities in South Africa have started building collaborative knowledge and food systems that are regionally and contextually sensitive and respond to the limitations of spatial inequality and wealth distribution distorted by colonialism and apartheid. One example born during but now enduring well past the hard lockdown is the Cape Town Together Food Growers Initiative, a vibrant network of members from varying economic and social circumstances, who share food-growing knowledge and resources.

A paradigm shift
Solving the problem of world hunger necessitates a paradigm shift from the presumption of provision of food to end hunger, to a presumption that communities are capable of innovating and producing food through a culture of participation, but still rely on government intervention and support. Thus the obligation of national government is to help enable this shift to participatory food security by addressing the underlying causes of food insecurity and contributing to the facilitation of community-led food growers' initiatives.

Furthermore, building a food system more resilient to shock is critical. Urban farming facilitates community resilience and vice versa. The success of household and community growers, which has the potential to free people from hunger, could be supported at the institutional level through the following changes:

Food can be collectively grown and managed without corporatisation. Household and small-scale farming already support millions of livelihoods in South Africa daily. Critically, community food growers also build social networks that can absorb the shocks of an increasingly volatile food system. Food is, after all, an integral aspect of identity, and a vehicle through which humans connect with one another, and survive. While there is no doubt that a USD six-billion injection of capital can have an enormous impact, it is integral that a human rights-based approach thereto supports building resilient communities through sustained small-scale farming initiatives, centred around localised and participatory food systems. Without this, freedom from hunger is unobtainable. 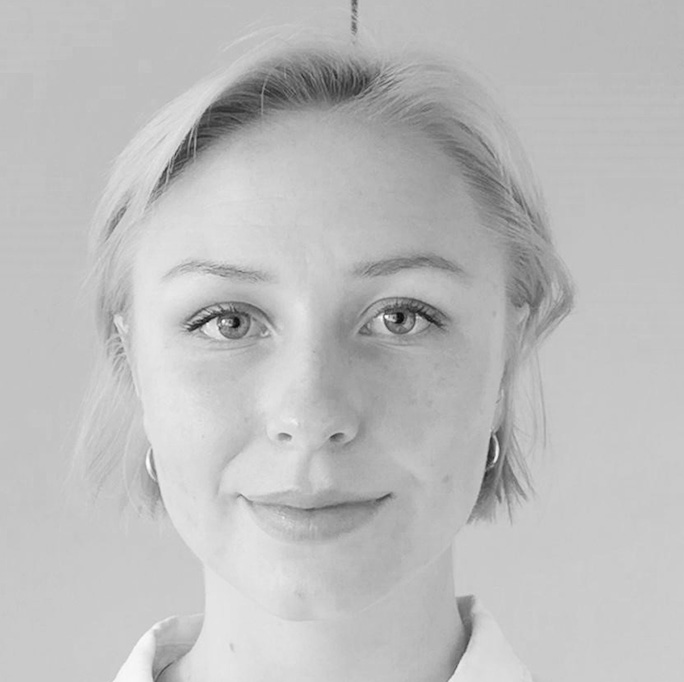 Natasha Piprek is completing her Postgraduate Diploma in Sustainable Development at the Sustainability Institute in Stellenbosch. Her undergraduate studies focused on social entrepreneurship and the complexity of achieving sustainability in the 21st century. Her research interests include urban farming initiatives in Cape Town with an emphasis on equality and regenerative farming. 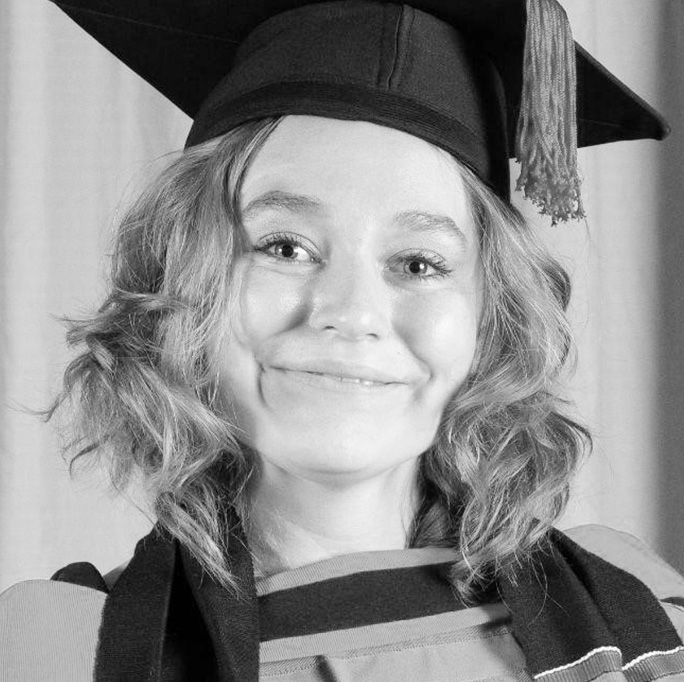 Amy Tuchten, BA (UCT) LLB (UCT) LLM (UP), is an alumna of the Master’s in Human Rights and Democratisation in Africa (HRDA), currently working as a junior legal researcher at the African Committee of Experts on the Rights and Welfare of the Child. Her research interests include international human rights law and best practices at the national level.

Cite as: Piprek, Natasha; Tuchten, Amy. "From Recipient to Participant: Community empowerment as a solution to food insecurity in the COVID-19-affected South Africa", GC Human Rights Preparedness, 5 May 2022, https://gchumanrights.org/preparedness/article-on/from-recipient-to-participant-community-empowerment-as-a-solution-to-food-insecurity-in-the-covid-19-affected-south-africa.html