As Nelson Mandela said: ‘Education is the most powerful weapon which you can use to change the world’. Reshaping the Balkans’ partitioned schools to focus on inclusion and human rights could help challenge societal divisions and prejudices.

Embla Ademi, an 11-year-old girl with Down syndrome, faced discrimination at school when her classmates’ parents signed a petition alleging that she was aggressive and demanding that she be removed from their children’s class. This story hit the headlines in North Macedonia in February 2022, raising public awareness of the issues that children with disabilities face in the schooling system in the Balkans region. A bright note to this news was that several days later, President Stevo Pendarovski made a stand for inclusivity in education by taking Embla’s hand as he walked her to school.

However, many questions remain: What example are these parents setting for their children? Does this insensitivity derive from their own education? And is the current school system simply replicating these prejudices?

Access to education for all is a fundamental right. However, the quality of that education is important. Is the schooling system teaching new generations positive values of solidarity, respect of others, tolerance so that children can move towards a culture of human rights and be prepared to play constructive roles in society? Or is education focused on theories and formulas, disregarding society’s need for more respect of human rights and differences?

Biased schooling leads to biased societies
States are obliged to provide access to schools to all children, regardless of their background, ethnicity, gender, gender identity or sexual orientation or special education needs. Schools should ensure educational equality for all. It is important to accommodate diversity in all its facets through a multidimensional and intersectional approach. Homogenous classes do not challenge but incite existing prejudices against different social groups.

The Balkans have always been a melting pot of different ethnicities and religions. However, ethnically divided classes have become a fact of life following the armed conflicts in the 1990s. Primary and secondary school children from different ethnic and/or linguistic backgrounds in North Macedonia, Bosnia and Herzegovina, and Croatia learn in different classes and/or schools with little or no contact with each other while the politicians stand by and do nothing to counteract this.

Twenty years after the armed conflict in North Macedonia, Albanians and Macedonians live next to each other instead of together and very little is done to overcome the divisions. Ethnic division is visible in almost all segments of society and education is no exception. Schools are divided by language and children learn in different schools and/or classes. Under the obligation to provide children from minorities with the right to be educated in their mother tongue, the fact that these children are being separated seems to have been forgotten. Similarly, Croatian and Serbian children in the city of Vukovar, Croatia are also learning in different classes while in Bosnia and Herzegovina, many children from different ethnic groups are also educated separately, sometimes in the same school building.

The two schools under one roof phenomenon was originally established as an interim solution to the offensive post-war ethno-centric education system and to encourage the return of refugees and displaced persons. However, this temporary measure has become permanent despite the efforts of the international community to ensure its transition. Even today, children of different ethnicities use different entrances, attend school in different shifts or are separated from each other by physical or non-physical barriers.

Unfortunately, little effort has been made to bridge the gaps between divided communities. Disputed history, especially regarding the 1990s conflicts, remains an issue, contributing to division: 30 years on the level of hate speech is increasing as is nationalism, fueled by division between the new generations, thus heightening potential risk of fresh conflict. Schools should be places where we teach children about diversity and respect for others. Unfortunately, the Western Balkans are not accomplishing that role.

Different definitions exist but the core is the same—incorporating human rights into education contributes to building and advancing societies by encouraging empathy, inclusion, non-discrimination and prevention of human rights abuses. Those who have acquired values of respect, equality, empathy and responsibility while developing the skills to work co-operatively and think critically should be less ready to violate others’ human rights in the first place.

So how can this by achieved? One way is through inclusive education. According to recent research, school systems should respond to children’s diverse needs and implement mechanisms that foster a proper environment for wellbeing—allowing students to express their full potential. Policymakers and educators must address these challenges together, guaranteeing educational achievement of all while strengthening intercultural understanding and social justice.

Access to education for children with atypical development is an ongoing issue in the Balkans. A recent study found that children with disabilities are experiencing problems in almost all Western Balkan countries. Inclusion of children with atypical development in the same classes with children with typical development and provision of adequate support is key to overcoming societal prejudices. This will teach children about diversity and the existence of people with different needs and development, raising awareness of the challenges people with differing needs face in daily life and to respect their rights, but also encouraging them to fight for change to make society inclusive for everyone. This fosters empathy and solidarity so that when these children become adults, perhaps in positions of responsibility, they will hopefully have the needs of the other groups in the society in mind when making influential decisions. Thus, future generations may guard against unfair situations like the bullying of Embla.

Overcoming and preventing conflict
Human rights education is crucial in post-conflict societies, where divisions within are on a large scale. Governments must focus on anti-nationalism and respect for others as key values. Learning together, in the same classes where possible or, where the language is a barrier, at least undertaking joint activities and bringing children from different ethnic backgrounds together, is vital. Moreover, introducing dedicated human rights education could significantly contribute to both moving forward and overcoming current tensions and future conflict prevention. Intercultural education teaches children to respect differences, diversity and inclusion of others, thus helping make those children and society in general remain immune to political manipulation. Refocusing away from ethnic division will allow greater social advancement for all.

Initiatives for overcoming divisions are emerging from the civil sector. An interethnic youth integration project has been implemented in North Macedonia. More than 5,600 ethnically diverse pupils now participate in joint extracurricular activities like after-school clubs and community projects. By 2020, more than 1,600 joint classes were being conducted in seven secondary schools in Skopje, bringing together 1,180 students who otherwise have different languages of instruction, so they could interact while advancing their knowledge. Within the framework of the project, 30 municipalities have now developed policies and strategies related to interethnic integration in education and youth engagement aimed at promoting youth activism and mobilisation of local resources.

In Bosnia and Herzegovina, students themselves have taken the initiative to overcome division. In Jajce, students protested, forcing the authorities to abandon plans to divide Bosnian and Croatian children into different classes. Such actions are of extraordinary importance in showing the authorities that people no longer want to be divided and want to move on. However, much more needs to be done: despite court rulings in Bosnia and Herzegovina, the authorities are not implementing them, and divided schools continue to exist.

It is too early to assess the impact of these initiatives, but they are undoubtedly contributing towards improving interethnic interaction between young people while building civil and democratic values. However, the authorities, including politicians from all parties, must take specific action to change the system to overcome division and advance society.

Joint activities, joint classes and human rights must be included in the state curriculum and the organisation of the system. Governments must ensure that new generations play a constructive part in society by providing them with knowledge to advance society and challenge existing prejudices. Direct communication and interaction are key to combatting nationalism and negativity towards others. Being aware of the existence and the needs of others could contribute to reducing division in the society on many grounds—sex, gender, ethnicity, religion, abilities, development. Educational reform is complex, nevertheless, small steps can eventually lead to big changes.

We are delighted to welcome Ana Funa, another Global Campus alumna to our talented team of regional correspondents. This is the first of two posts by Ana; the next one will focus on hydropower plants in the Western Balkans.
The GCHRP Editorial Team 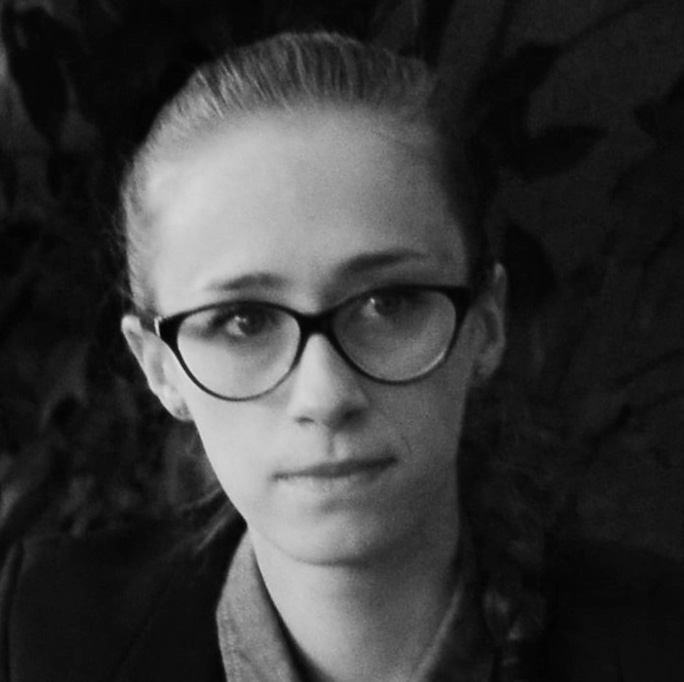