There has been normative clarification of the right to enjoy the benefits of scientific progress and its applications. However certain aspects of the right remain poorly defined and present challenges, notably in relation to the corporate, profit-driven orientation of contemporary scientific innovation.

From 2007-2009, a series of expert consultations on the scope and normative content of International Covenant on Economic Social and Cultural Rights (ICESCR) Article 15(1)(b), the right to enjoy benefits of scientific progress and its applications (REBSP), was organised in cooperation between UNESCO and a group of European universities. Following meetings at the University of Amsterdam in 2007 and the National University of Ireland Galway in 2008, a third and final expert consultation was hosted in Venice in June 2009 by the European Inter-University Centre for Human Rights and Democratisation (EIUC, predecessor to the Global Campus of Human Rights). This led to the drafting and adoption of the Venice Statement on the right to enjoy the benefits of scientific progress and its applications. The express aim of the consultation process (which was driven notably by the late Vladimir Volodin of UNESCO, his assistant Konstantinos Tararas, and Yvonne Donders of the University of Amsterdam) was to affirm the relevance of this right, clarify its scope and normative content, and inspire the elaboration of a general comment on the topic. This has since materialised in the form of the Committee on Economic, Social and Cultural Rights’ (CESCR) General Comment 25 on science and economic, social and cultural rights, which was issued in April 2020, 11 years after the adoption of the Venice Statement.

In revisiting this inspirational chapter of institutional history, I wish to focus attention on a dimension of REBSP that continues to present formidable theoretical and practical challenges. Scientific and technological innovation in the contemporary era is inextricably linked with the global capitalist economy and is to a large extent undertaken by profit-driven corporate enterprises. This is true of the medical field, as is evident by the dominant position of ‘big pharma’, and similarly of the food industry, information and communication technology, transportation, and the energy sector – just to mention a few obvious examples. Research and development in all such areas requires enormous investments and is motivated by expectations of equally abundant capital returns. This leads to pricing policies that in effect exclude large segments of the population from many benefits of results of science. The market dynamics, furthermore, introduce a bias in terms of what gets researched and developed – for example, whose health needs count? – as investments are oriented towards the interests and needs of consumers with strong purchasing power.

The neoliberal global economy is characterised by a remarkable dynamism and generates scientific discoveries and technological applications at a rate hitherto unprecedented in human history. Contemporary society is structurally dependent on market-driven innovations and technological solutions to man-made problems. Our ability to effectively address climate change is a case in point. While part of the solution undoubtedly involves behavioural changes, there is little doubt that environmental sustainability also requires the development of clean energy technologies, energy-efficient appliances, and alternatives to polluting products ranging from animal protein to plastics. The present-day urgency of developing a vaccine against COVID-19 is another striking example of modern society’s profound dependence on scientific innovation. And the contrast between the dubious prospects of a Russian state-sponsored COVID-19 vaccine development initiative and the promising results of several competing corporate vaccine developments presents a stark illustration of the effectiveness of private sector involvement.

The problem, however, is that not everyone benefits equally from scientific progress in the corporate context, and many innovations have the direct effect of polarising society and marginalising its most vulnerable members. One can see this reflected in the emergence of digital divides, in unequal access to advanced medical treatments, and in the way in which low status population groups are continually exposed to hazardous and taxing labour while at the same time they are at risk of being rendered redundant by new technological developments.

Analytically, the conflict between these conflicting trends can be described in terms of a tension between availability and accessibility: the neoliberal market economy renders resources and technological solutions available on an unprecedented scale, but many such advances remain structurally inaccessible to large segments of the human family. Thus, a key challenge in giving definition to REBSP consists in reconciling these two parameters of human rights compliance. The challenge is to maintain the dynamism of market-driven science and technology, but regulate it in a human rights compliant manner so as to benefit humanity as a whole rather than only the privileged few.

Both the Venice Statement and GC 25 are attentive to this challenge. The consultation process leading up to the Venice Statement devoted several sessions, led by Laurence Helfer, to an examination of the interface between intellectual property regulations, which by their very nature protect private interests, and the universal right of every human person to partake in the benefits of scientific progress. Upon acknowledging that ‘private and non-State actors are increasingly the principal producers of scientific progress and technological advances’, the Venice Statement stipulates that ‘[i]t is the responsibility of States to ensure that all relevant interests are balanced, in the advance of scientific progress, in accordance with human rights’ (para 5). Intellectual property rights ‘should be managed in accordance with a common responsibility to prevent the unacceptable prioritization of profit for some over benefit for all’ (para 10).

States should take appropriate measures to foster the positive effects of intellectual property on the right to participate in and to enjoy the benefits of scientific progress and its applications, while at the same time avoiding its possible negative effects. (para 62).

The problem with such well-intended appeals to human rights-compliant governance measures is that states as self-standing duty bearers under international human rights law are not in a position to enforce them. They do not wield sufficient control over private actors in the globalised capitalist economy (and are at any rate strongly invested in maintaining a vibrant free market economy). Regulation therefore needs to be organised at a multilateral level. This, however, is generally not effective. The international trade and intellectual property rights regimes overseen by the World Trade Organization (WTO) reinforce the underlying conflicting dynamics. By safeguarding the possibility for lucrative returns on investments in science and technology, intellectual property protections fuel essential innovations but at the same time render many innovations extremely costly and thereby inaccessible to all but the most privileged segments of society.

The World Intellectual Property Organization (WIPO) seeks to justify this inbuilt inequity by portraying patents as a contract with society which temporarily protects capital interests in return for a longer term hand-over of scientific discoveries to the public good. Moreover, in response to a public outcry in the late 1990s at the denial of access to antiretroviral treatment of HIV/AIDS for the people needing it most, the Doha WTO ministerial Declaration on the TRIPS agreement and public health famously affirmed the right of states, in exceptional cases, to bypass patent protections for the sake of public benefit considerations.

However, even with such seemingly progressive compensatory provisions, it has been forcefully argued, among others by the former special rapporteur on the right to health Anand Grover, that the system is profoundly out of balance. Rich and powerful private corporations benefit from ‘evergreening’ patents and developing nations are meanwhile forcefully being discouraged from taking advantage of available public interest measures to the detriment of the possibility of the populations they represent to effectively benefit from scientific progress and its applications.

Prior to the 2007-09 consultations on REBSP, to which she contributed in her capacity as Director of the Science and Human Rights Program of the American Association for the Advancement of Science (AAAS), Audrey Chapman had described ICESCR Article 15 (1)(b) as

the most neglected set of provisions within an international human rights instrument whose norms are not well developed.

The analysis and conceptual clarifications contained in the Venice Statement and further developed in GC 25 go a long way towards rectifying this shortcoming. But the issue of reconciling particularistic economic interests and the universalist orientation towards the common good which characterises all human rights remains unresolved, as it is endemic to the current geopolitical order. This renders REBSP particularly relevant, but also exposes fundamental structural obstacles in realising the right – and by implication most other economic and social rights as well.

Any possible solutions to this dilemma are inherently political in nature. They will require a combination of stronger multilateral regulation of patents and trade, the establishment of an effective framework for the enforcement of corporate human rights compliance (perhaps including an aspect of positive obligations for powerful private actors and thus not only the negative obligations identified in the UN Guiding Principles on Business and Human Rights), and, underpinning all such developments, a level of global moral and political leadership which unfortunately is in short supply at the current point in time. 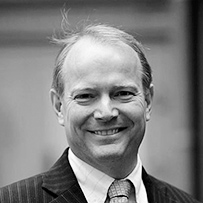 Professor George Ulrich is Academic Director of the Global Campus of Human Rights.