The word crisis derives from krinomai, an ancient Greek word with meanings such as separating and sorting, but also distinguishing and deciding. A crisis creates a moment of truth and a possible wormhole to the future, to another future. Today, however, we are only acquainted with the negative connotation of this word. And that is unfortunate since a crisis can be so much more than a disaster.

Normality is nothing but a prelude to a crisis. We should always prepare for the unexpected during times of perceived normalcy.

In the pandemic movie World War Z, a Mossad agent explains to Brad Pitt why Israel was more prepared for a zombie outbreak than the rest of the world. The reason was called the 10th Man Rule. It implied that if nine of the 10 members of Israel's Security Council agreed on a threat issue, the 10th man was obliged to overrule them and investigate the problem no matter how improbable the scenario. In this way, Israel would always be prepared for black swan events. Mathematical statistician Nassim Nicholas Taleb coined 'black swan events’ as events that come as a surprise, have a significant effect and are often inappropriately rationalised after the benefit of hindsight. There is no such thing as an accident or a coincidence.

We should have had a 10th man or woman in every section of our society. A permanent presence in the crow's nest.

Black swans fly under the radar. The current state of emergency is the culmination of a much greater crisis that started way back in the past. A pre-quake it was that cautiously warned of an enormous eruption. It was followed by a long wave announcing a tsunami. We did not experience that first clue as an impending ‘crisis’. We continued to surf indiscriminately and rashly in the bay of calm stability. We were blind and confident about the makeable future. The sky was blue, the sea soft as a bosom, and the wind comforted us. At least in the West.

We should have been more vigilant. The current crisis started already in 2003 with the SARS outbreak. At that time, our economic models did not allow global action to be taken to develop a new vaccine. While billions of euros were released to defend ourselves against every possible human enemy. In all our zeal, we forgot the laws of nature. Despite the many old stories that remind us that humanity will lose out when it measures itself against nature's forces. Icarus' pride brought him a fatal crash to Earth. His wax wings were liquefied. His ambition had blinded him. Narcissus' pride transformed him into a flower. The vanity of the Andersen emperor exposed him to the world. Now we will be changed too.

One could argue that a crisis does not lie in the fall but rather in the preparation for the end and the action born of desire. A problem is born in darkness. In luxury and security, living in comfort disguises the cancers and the consequential chaos festering. It seduces its citizens to become lotus-eaters. The lotophagi do not want to see the harbingers of darkness. They ignore the signs of impending trouble. They are deaf to the cries of the omen. Even on the abyss' brink, they will look at the horizon and wistfully forget where they stand. Such is the nature of man.

Who are these much needed 10th men and women? Visionaries. People like the French essayist Julien Benda warned of the rise of authoritarianism more than a decade before the Second World War shook the 20th century's foundations. No one listened. For the current generations, people like Anne Applebaum, Paul Kingsnorth, Martha Nussbaum, Helen MacDonald, and Robinson Jeffers, to name only a few, have been warning us of an impending disaster caused by systemic dysfunction. Barely no one cared. The cascade of small and even barely visible changes fell more than ever on deaf ears. Because of the constant white noise generated by (social) media and propaganda. Because all kinds of cognitive bias prevented us from registering what was materialising in front of us. Because the beast that capitalism has become thrives even when the rest of humanity suffers. It happily feeds us lotuses.

What is needed from those visionary 10th men and women? They need to be more than bellwethers. They need to inject our society with a virus of engagement while a crisis is still forming. We need to learn to care again. Not only on a local but also on a global level. If the pandemic had hit slum-dwellers in cities like Mumbai, Johannesburg, Manila or Jakarta, first, the West would probably barely have noticed. However, we can learn a lot from them. The COVID-19 crisis is a bridge between our current, temporary yet subjective life experiences and thinking and their permanent way of being. More than ever we can partly see the world through their lens. We should not be surprised that these people are much better prepared for a crisis because they were conceived in a crisis; they were born in one and have lived in one for all their lives. We, on the contrary, are the strangers in this new but strange land. We need to learn to care for the other, who is us.

How can the 10th Man Rule be installed? We need to realise why we forgot the history lessons instilled in us as children by our educators, writers and artists. It is simple: there was no official tool like the 10th Man Rule to set things in motion. To that end, society must give culture and science a new platform on which their fusion is seen differently. Not merely as an extravagant filling of museums and gallery spaces, but rather as a meaningful symbiosis for unravelling the thorny issues and helping us in the future, well before the next seaquake. We need psychologists, sociologists, artists, writers and other creative people to be officially installed as 10th men and women. So that as a collective we can learn to react in a less male and more female and caring way.

What, if an official part of the system, should our visionaries be doing now? At this moment, they should be devising strategies countering the evil offspring of the pandemic — warning for the expected crises after this crisis. I am talking about the plunder of natural resources, the human rights crises, the growing number of child marriages, and child sexual abuse, exploding poverty and inequality, crimes against other species, and impending wars — the death of democracy. The 10th men and women would have seen them coming, the people who create a mental pandemic in their citizens' heads — the men who govern the worst-hit countries globally, and who have a complete disregard of human rights. I believe it is not too late to counter them.

The future of now is a job that requires hard work every single day. It needs a real working tool that measures the crisis in times of plenty so that the word crisis regains its full meaning. Crisis can be so much more than our interpretation of ‘crisis’. It can be an opportunity, a turning point for the better. Only by adopting this perspective can we act in time to prevent catastrophe and make the right decisions in each other's trust and with the courage to act. Maybe this pandemic is not the real crisis; maybe it is only the first wave of a tsunami. Perhaps the real pandemic will be the war against human rights and against non-human persons' rights — the rights of nature — which will arise from the ashes of the destruction of COVID-19.

Let us prepare ourselves for this possibility. Get the 10th Woman. 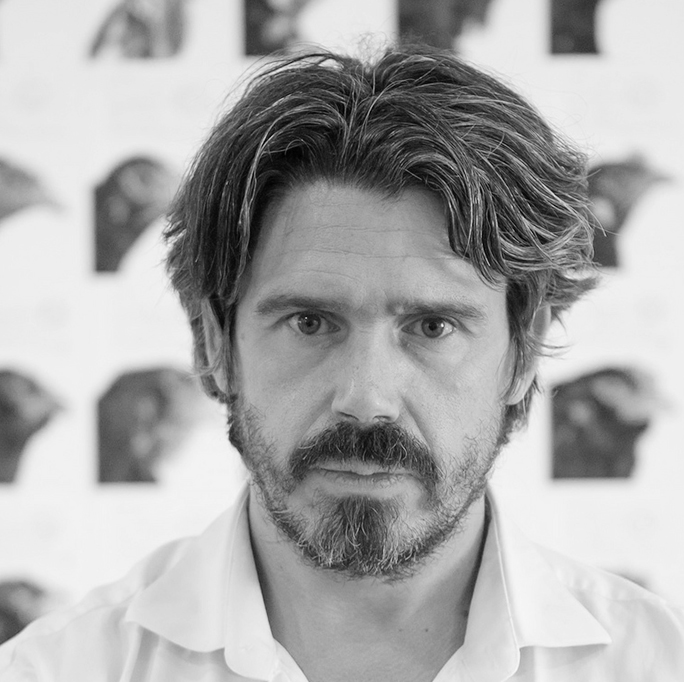 Koen Vanmechelen (1965) is an internationally renowned artist, working across a multitude of disciplines and one of the most versatile thinkers of these times. He is situated at the confluence of art, science, philosophy and community.
Photo © Florian Voggeneder