Stories of abuse and exploitation linked to the overseas domestic-work industry have always dominated the airwaves in the Philippines. However, the global pandemic has added a new layer of ill-treatment for Filipino female domestic workers.

Since its onset, the COVID-19 pandemic has been viewed by many as ‘the great equaliser’. This claim erroneously presupposes that everyone will be equally affected by the virus. However, recent surveys have revealed the opposite. The International Labour Organization (ILO), for example, has reported that the pandemic has affected at least 1.6 billion informal-sector workers globally, with women over-represented in the most hard-hit sectors such as domestic work. This is attributed to a migratory phenomenon observed in most low-income labour-exporting countries such as the Philippines, where Filipino women leave the country in larger numbers than men in search of opportunities abroad. Western Asia—in particular Gulf Cooperation Countries (GCC)—has always been among the top destinations for Filipinos seeking overseas employment. In fact, 19 per cent of the world’s domestic workers live in this region, which equates to 1.6 million female migrant domestic workers. In what follows, I look at the increased risk that many Filipino female domestic workers face in the GCC region amidst the COVID-19 pandemic.

Feminisation of Philippines’ Labour Export
In the mid-1970s, the administration of dictator Ferdinand Marcos embraced labour export as an interim solution to the high level of unemployment in the Philippines, sending skilled and low-skilled Filipino workers to oil-rich countries in the Gulf region. Originally planned as a short-term fix for the problem of labour surplus, it then became a national economic policy. Labour export is one of the most important economic projects in the country, with the commodification of remittances playing a fundamental role in the country's GDP. The Philippine government has described Overseas Filipino Workers (OFW) as ‘modern-day heroes’ for their sacrifices and significant contribution to the country’s economy.

The labour export trend has been accompanied by a feminisation of migration. In 2018, for instance, 55.8% of Filipino migrants were females as opposed to only 44.2% males. And although some may argue that this migration brings opportunities, there has also been deep criticism, including of the government for promoting Filipino servitude globally by perpetuating traditional ideas of Filipino femininity, domesticity and kinship to encourage Filipino women in low-middle class families to pursue employment overseas.

Although on paper, labour migration is effortless and safe as it is supposedly regulated by the Philippine government, the experience in practice tells a different story. The Kafala system, a legal framework based on sponsorship, is promoted as a ‘win-win’ scenario for all parties, supplying cheap labour to Gulf countries to help drive economic development while at the same time creating opportunities for migrant workers to send money back home to their families in the Philippines. However, after arriving in the country of destination, Filipino domestic workers become nothing but shadows in the place they now call home. This occurs because the Kafala system shifts responsibility from the state to private citizens (the sponsor)—leaving migrant workers more vulnerable to exploitation. And because the migrants’ legal residency is tied to their employer, finding another job without permission can lead to harsh consequences including detention, blacklisting and even deportation.

Accounts of human rights violations have been commonplace and the COVID-19 pandemic has increased concern about such violations. The pandemic has widened the power imbalance between the migrant worker and their employer and heightened the risk of exploitative labour circumstances. For example, domestic workers may be required to complete tasks that require them to leave the house, such as grocery shopping and walking the house pets, which increase their risk of contracting the virus. And the lack of social and labour protection from the state means that an employer can sack a domestic worker once they find out that she has caught the virus.

Furthermore, with restrictions on movement, there is increased concern about violence against female domestic workers. Prior to the pandemic this form of violence was a matter of concern: take for example the case of Joana Demafelis who was found frozen in her employers’ apartment more than a year after she was reported missing in Kuwait. Since the start of the pandemic, concern has increased as domestic workers are living in isolation with their abusive employers, are anxious about the future, and encounter near-deserted public spaces. Relatedly, the United Nations recently reported that gender-based violence has increased tremendously since the start of the pandemic, with 1 in 3 women worldwide experiencing physical or sexual violence inside the households.

The Way Forward
COVID-19 has highlighted the flawed system of labour migration in the Philippines. In particular, the lack of social protection from the host country means that female domestic workers’ basic human rights are not guaranteed in the workplace. The Philippine government need to step up its efforts on behalf of its ‘modern-day heroes’ and their families who are reliant on their remittances. The government can no longer keep on putting the burden on OFWs to save the Philippine economy in times of crisis. Now more than ever, Filipino domestic workers need protection. Many lost their job when pandemic lockdowns were imposed, yet sending them back to the Philippines where the same industry is affected aggravates their situation even more, as noted by Opiano and Ang. The Philippine economy will also not be able to handle millions of returnees amidst a global pandemic.

One solution is for Philippine foreign embassies to focus on collaborating with host countries to create a safety net for domestic workers. The goal would be to address pressing needs such as the distribution of personal hygiene kits, free COVID-19 testing and financial assistance programmes. Advocacy campaigns featuring emergency numbers for domestic abuse, rape and mental health support should also be adapted into Philippine languages.

A longer-term solution would investigate the abolition of the abusive Kafala system which treats migrant workers as disposable resources. What is needed is an approach that ensures that protective labour laws incorporate migrant domestic workers. As a start, states across the GCC region should ratify ILO Convention No. 189 on the rights of domestic workers. Ratification would also serve as an example to other countries who have not ratified the Convention. On a similar note, the GCC could refer to the recent ruling by the South African Constitutional Court that upheld domestic workers’ right to social security, equality and dignity.

Additionally, as the COVID-19 pandemic has confirmed, the Philippines has to change its economic policy, which is highly dependent on remittances. Action needs to be taken on worsening conditions for socio-economic rights in the Philippines; without this, people will continue to leave the country in great numbers, resulting in brain drain and conditions in which exploitation can thrive. The Philippines should prioritise job-creation for Filipinos locally. As the former Director-General of the UN Food and Agriculture Organization said, ‘Migration should be an act of choice and not a desperate last resort’. 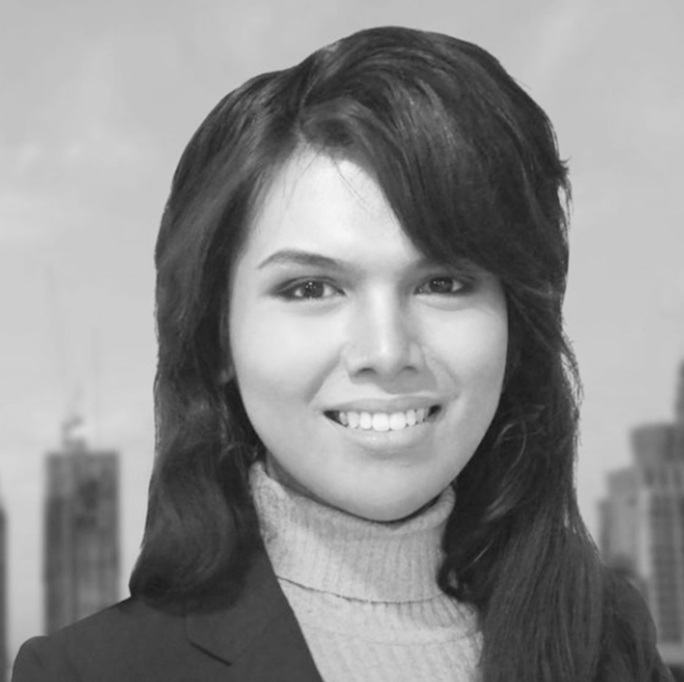 Jean Linis-Dinco is a doctoral candidate at the University of Melbourne, specialised in programming tools in analysing civil conflicts. She is a graduate of GC Asia Pacific 2017. Jean has worked as a public information consultant for the United Nations and is now acting towards reducing youth homelessness in Australia.