Humanising humanity
The quote by Gabriela Mistral, Nobel Prize in Literature 1945, highlights both the long way humanity has come, but still has to go in terms of ‘humanising humanity’. This becomes more acute during pandemics and other emergencies, as they deepen and magnify existing structural and intersecting inequalities and vulnerabilities. And women bear an inordinate burden.

A feminist human rights preparedness, by considering and building on the intersectionality between gender and other social hierarchies at play in each society, offers a dynamic and deeper understanding of social phenomena, their impacts and required responses. Indeed, its inclusive approaches help the (in)valuable acquis of humanity that human rights represent to keep their noble, inspiring and mobilising character, and prevent the difficulty of the endeavour to seem a mere Sisyphean task.

The COVID-19 pandemic has been acting as a clarion-call inviting us to (re)think everything anew: from responses to pandemics/emergencies to democracy, peace and security, human security, economic and development models, climate change, equality, cohesion, digitalisation, data protection, intersecting inequalities/ vulnerabilities and pathways to sustainability. We know from previous pandemics and other emergencies that lives were saved and livelihoods improved with rights-based responses. We also know that whenever women were part of the decision-making process, and the gender dimension was mainstreamed, responses were more likely to get it right, and last longer.

In many cultures, common wisdom advises that failing to prepare, is preparing to fail. Preparedness is key to success, and human rights preparedness is key as it determines success or failure in terms of peoples’ lives and future. It also demonstrates that pandemics and other emergencies alike, as social phenomena, are gendered phenomena, and as such, they affect women and men differently and disproportionately.

A feminist human rights preparedness
A feminist human rights preparedness to pandemics and other emergencies, despite what its name might seem to indicate, achieves more than a focus on women or what are considered ‘women’s issues’. By scrutinising gender both as a constructive element of social relations, and as a signifier of power, as put forward by Joan Scott, (often operating in conjunction with other types of power relations such as class, age, race), we bring attention to the confluences of social relations, to the dynamics of social hierarchies and to power structures that determine and frame access to rights. There is ample evidence that in periods of economic hardship, poverty, structural inequalities and intersecting vulnerabilities are magnified. By requiring gender-smart policy analysis, feminist responses offer powerful insights, and shed light both on lessons learnt and pathways ahead. Questions of social justice and Amartya Sen’s (2009) approach, which focuses on relevant ameliorations from real starting points, and prioritising mediation processes, are crucial.

A feminist human rights preparedness would include the following eight key areas of concern pertaining to the COVID-19 pandemic:

Human rights, while well-articulated, are not self-enforcing. Their adoption and implementation are highly discretionary and path dependent on institutional culture, political will and rights-bearers’ own awareness. Cross-cutting transformative priorities are required. The United Nations, noting that ‘[w]omen will be the hardest hit by this pandemic but they will also be the backbone of recovery in communities’, has suggested three such priorities:

Based on a wealth of longitudinal empirical evidence around the world, a wealth of feminist resources on the pandemic and feminist responses (such as this one by Cynthia Enloe) have a clear message to convey: the time for action is in real time, when the phenomenon happens, when policies are designed, decided and implemented. If women want to have a say on the lives they will lead after the crisis, they have to be a part of the decision-making process, and gender must be an integral part of the response. The pervasive argument that in the midst of the crisis is not the time to care about gender has no foundation. Needless to say, once the crisis is over, the ‘right time’ to discuss gender never comes. Madeleine Rees and Christine Chinkin have warned about militarism and the use of the language of war and combat in the context of COVID-19, and highlighted the opportunity provided by the pandemic to revive the Women, Peace and Security agenda. Successful pathways to human rights preparedness require women, and more generally, the gender and age markers to be part of the decision-making process.

Keeping people and democracy healthy
Historically, critical junctures, including pandemics and other emergencies, have forced people to break with the past and imagine the world anew. In this respect, the COVID-19 pandemic is no different. It is obvious that a gateway to a new world entails both challenges and opportunities. The post-crisis situation that people look and hope for, is in fact crafted during the crisis. Who, how and what is decided is of paramount importance as it frames a new ‘normality’, and how rights are claimed. Keeping people and democracy healthy is of paramount importance. Competent and responsive democratic institutions play a key role in ensuring equal delivery of care, helping the economy restart in an inclusive way, and last but not least, guarding against abuse of power. A feminist human rights preparedness is but a step further in the long process of ‘humanising humanity’. 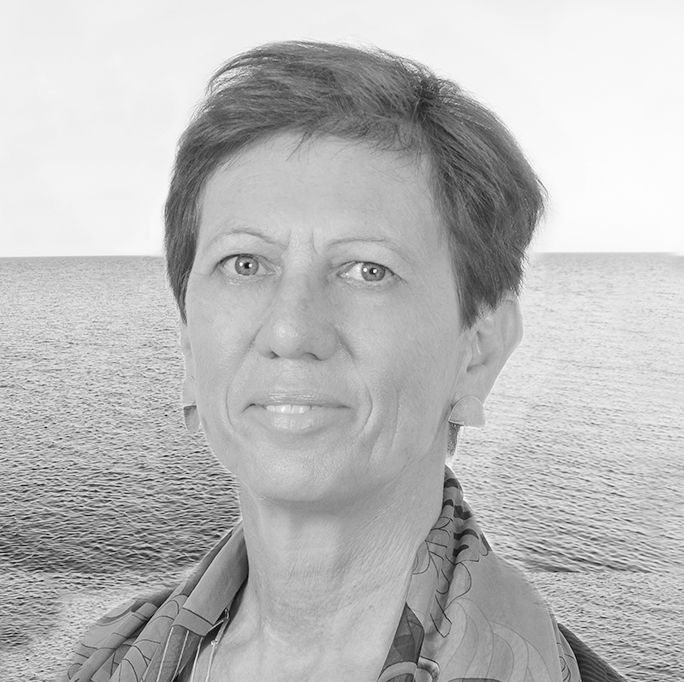 Kalliope Agapiou Josephides is a Jean Monnet Chair Holder and Assistant Professor, University of Cyprus. She is a founding editor of GC Human Rights Preparedness and sits on the Council of the Global Campus of Human Rights. She served as Chair of the European Institute for Gender Equality.