COVID-19 has been difficult for all, with lockdowns hitting minorities even harder. Governments have exploited the pandemic to ramp up existing anti-LGBTIQ+ discrimination, highlighting the European LGBTIQ+ movement’s need to strengthen support for activists and diversify funding sources.

The onset of COVID-19 has been a particularly trying time for LGBTIQ+ rights. In Europe, this has been exacerbated by several reactionary regimes taking advantage of the pandemic to introduce discriminatory legislation and stir up prejudice against LGBTIQ+ persons.

State-sponsored anti-LGBTIQ+ campaigns
Both the Hungarian and Polish governments exploited the crisis to wage their ultraconservative agendas, but for different reasons. While the Polish authorities attacked the LGBTIQ+ community to divert attention from their failure to deal with COVID-19, Hungary used the distraction of the pandemic to introduce repressive laws by stealth.

On 31 March 2020, as the Hungarian government declared the country’s first lockdown, parliament permitted the government to rule by decree, thus granting it unlimited powers. On the same day, an Omnibus Bill, combining new legislation on several different issues, was introduced. Article 33 of this Bill expressed the intention to ban legal recognition for gender-related changes. On 19 May 2020, the Hungarian parliament passed the Bill and on 11 November, the government confirmed a second lockdown. Again, that same day, the parliament announced a legislative initiative targeting the LGBTIQ+ community, this time including new constitutional amendments which would eventually effectively ban adoption by same-sex couples and stipulating that children must receive a ‘Christian upbringing’. It was also disclosed that Hungary’s Equal Treatment Authority would be abolished.

Meanwhile, the Polish government, which made headlines after a third of the country declared itself an ‘LGBT Free Zone’ in 2019, has increased its anti-LGBTIQ+ propaganda since lockdown. The Law & Justice Party (PiS) made the fight against equal rights for the LGBTIQ+ community a priority during the 2020 presidential elections. President Andrzej Duda notoriously said ‘LGBTIQ ideology is more harmful than communism’, and called for a constitutional ban on adoption by same-sex couples. The Polish state-sponsored anti-LGBTIQ+ campaigns did not stick to rhetoric alone. Under the auspices of local governments, ultraconservative organisations and the Minister of Justice, several LGBTIQ+ activists were sued in strategic lawsuits against public participation (SLAPPs). The Commissioner for Human Rights of the Council of Europe said these cases had ‘the clear intention […] to intimidate and silence […]’ the activists.

Discrimination and well-being impacts
Besides the political impact of lockdown and increased discrimination against the LGBTIQ+ movement as a whole, the psychological detriment to individuals is difficult to underestimate. Many LGBTIQ+ persons are affected, especially young people living in the closet and in a hostile environment. Research by LGBTIQ+ activist Dominik Kuc showed that 80 percent of the Polish LGBTIQ+ teenagers who were interviewed say that being confined at home had a negative impact on their mental well-being. One of the interviewees explained:

The election campaign had a big impact on me. I was crying and I was unable to take my final exams. Before my final exams in mathematics, I did not sleep almost all night. It coincided with Duda saying that we are a [harmful] ideology.

However, it was not only countries with repressive governments that perpetrated discrimination linked to the pandemic. Only 13 EU member states recognise marriage between same-gender couples: thus, when member states closed their borders during the lockdowns, many unmarried binational same-gender couples were physically separated and could not see each other.

Apply human rights standards
The COVID-19 pandemic revealed more than ever the need for countries to apply human rights standards towards LGBTIQ+ communities. As the European Court of Human Rights has ruled several times, Council of Europe member states have a positive obligation to provide a legal framework for recognition of same-sex couples (see for instance Oliari and others v Italy). Many of the discriminationary practices EU LGBTIQ+ communities faced because of COVID-19 regulations could have been overcome if all EU member states would recognise same-sex partnerships.

Lawmakers at the EU-level have recognised the difficulties that lockdowns pose for LGBTIQ+ persons but have taken little action. The European Parliament’s resolution on the impact of COVID-19 on youth and sport, adopted on 10 February 2021, calls for ‘a rights-based approach’ rooted in the ‘principles of non-discrimination and equality’, and reminds the Commission and member states of the need for ‘a special approach’ to support and protect vulnerable groups such as young members of the LGTBIQ+ community (para. 11). Additionally, the European Commission recommended that member states facilitate entry for unmarried partners where they ‘have a durable relationship, duly attested’, in line with the 2004 Free Movement Directive.

Building sustainability and resilience
Ultraconservative organisations across the world seem to have been better prepared than their human rights counterparts when it comes to adapting to the COVID-19 crisis. When lockdowns commenced, many of the LGBTIQ+ organisations spent months re-strategising. Ultraconservatives immediately started to attack the LGBTIQ+ movement. That went from religious leaders accusing the LGBTIQ+ community for the pandemic, and the above-mentioned attacks on the LGBTIQ+ community in Poland and Hungary, to the Trump administration (in cooperation with Hungary and Poland amongst others) signing the Geneva Consensus Declaration. This Declaration expresses the intention of many countries to defend the ‘traditional family’, and Poland is working to develop it from a non-binding declaration into a binding international treaty, as an alternative to the Istanbul Convention.

The pandemic also revealed a more deep-seated structural problem: the big LGBTIQ+ organisations often have little diversity within their funding. In Western Europe, they depend on funding from their respective governments. In Central and Eastern Europe, funding often comes from one or two grants from the Dutch and Swedish governments, or a private philanthropy initiative. In the US, they depend on a few corporate donors. If one donor disappears, this has a devastating impact for those NGOs.

This is, of course, a way of budgeting that does not only have to change within the NGO-environment itself. Also from the donor side, there needs to be far more funding available for grassroots initiatives. In a webinar hosted by Forbidden Colours, a representative of Budapest Pride explained how difficult it is to apply for funding from the European Commission: the application procedure is so complicated, only the big human rights organisations have the capacity to engage with it.

Meanwhile from the private philanthropy side, funding is often only available for short-term projects. This means that after a few years, projects have to stop because the funding scheme has ended. According to the representative of Budapest Pride, private donors tend to support new projects instead of already existing ones.

A mix of public and private philanthropy is healthier for the sustainability and resilience of LGBTIQ+ organisations. Learning from the impact of the COVID-19 pandemic, the LGBTIQ+ movement must reform its funding structures to involve government, corporate and private donors. It must set up programmes to train the diverse future leadership of the LGBTIQ+ equality movement. While we must stay as independent as possible, Pride organisations must also recognise their ability to commercialise their work, without ’pinkwashing’ by corporations but in order to facilitate a steady stream of funding to grassroots activism. 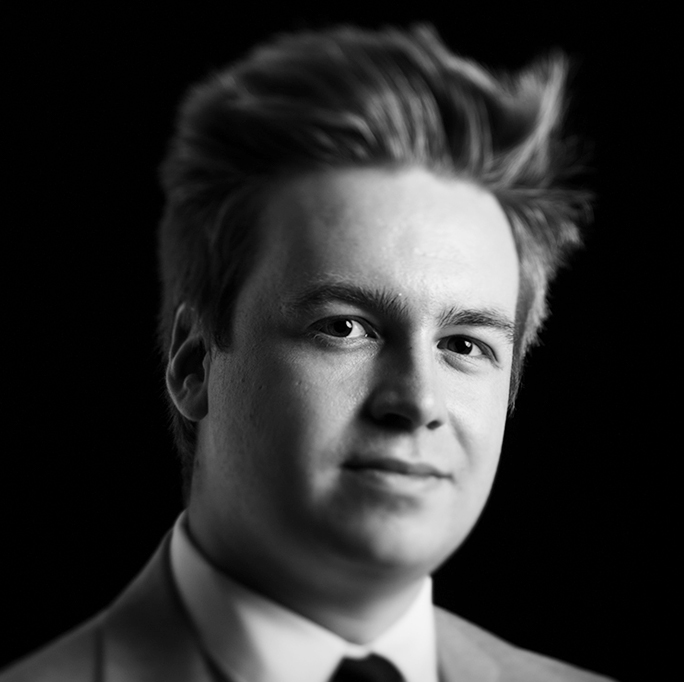 Rémy Bonny is executive director of Forbidden Colours asbl − the first EU-wide fund, managed by the King Baudouin Foundation, which raises money for LGBTIQ-organisations through private philanthropy. As a political scientist and LGBTIQ-activist, Bonny monitors the anti-LGBTIQ networks in the European Union. He is an alumnus of the European Master’s in Human Rights & Democratisation.