Women are hit particularly hard by the pandemic for a myriad of reasons. Reflecting on a webinar featuring three prominent Right Livelihood Laureates, this contribution highlights the need for embracing a feminist perspective aimed at societal transformation as a prerequisite for crisis preparedness.

Four women in four corners of the world, coming together on Zoom for a little over one hour, to discuss current political and social challenges in times of COVID-19—a very common setting these days, though not the typical situation most women and girls currently find themselves in. The speakers clarify immediately: women and girls are hit particularly hard by the pandemic for a myriad of reasons. These risks include an increase in cases of domestic violence, higher exposure to health risks as women constitute 70% of the healthcare workforce, the deprioritisation of reproductive health by overburdened healthcare systems, and higher occurrences of forced and child marriages—to name but a few. Previous pandemics, including Ebola and Zika, have clearly taught us the lesson that women and girls face disproportionate impacts. Many women are now overburdened by managing the double responsibility of work and childcare while being confined to their homes. Many others cannot even afford the ‘luxury’ of staying at home in order to sustain both themselves and their families, because most women work in jobs they cannot continue from home during lockdown.

For a webinar on ‘Women in Global Health’, the Right Livelihood College at UC Santa Cruz brought together RLF Laureates Sima Samar from Afghanistan, Eva Zillen representing Kvinna till Kvinna from Sweden and Monika Hauser from Germany. One key message of the discussion is that we would have been better prepared for this crisis had women formed a more integral part of the discussions and decision making. Giving one example, Monika Hauser convincingly argues that the World Health Organization thinks in patriarchal patterns when they preclude women from early warning monitoring mechanisms, even though women play crucial roles in their communities and could thus be critical in the early detection of crises. The dire situation of many women and girls could also have received more awareness and relief were women enabled to take the stage more in public discussions. German talk shows on the COVID-19 response are still, for example, only interviewing mostly men.

The idea of feminist solidarity featured strongly in the discussion—especially in relation to women being part of peace processes. This concept, of course, features heavily in both Sima Samar’s current experiences in Afghanistan and the work done by Eva Zillen and Monika Hauser.

On 23 March 2020, in response to the spread of the pandemic to over 180 countries, UN Secretary General Antonio Guterres called for a global ceasefire, declaring it ‘time to put armed conflict on lockdown and focus together on the true fight of our lives’. This call was taken up by a number of feminist organisations, including Kvinna till Kvinna and Medica Mondiale, advocating for the inclusion of a feminist perspective in order to shed light on the specific impact on women and girls as opposed to the gender-neutral UN approach according to Eva Zillen. The organisations formed a collective called ‘Feminist Impact for Rights and Equality’ (FIRE), a network responding in a very targeted fashion to such outdated patterns and systems. In a direct response to UN Secretary General Guterres, FIRE launched ‘Five Feminist Principles for a Meaningful Ceasefire’ in April 2020. The Principles are: 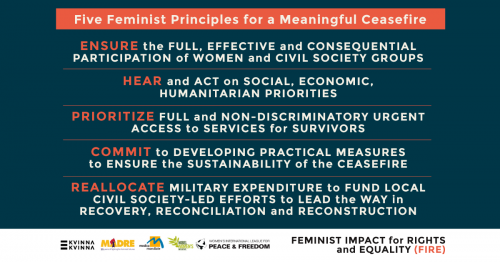 With these principles, the network pursues the goal to translate COVID-19-related ceasefires into lasting and inclusive peace. It also follows a holistic approach to security as enshrined in the Women, Peace and Security (WPS) agenda and landmark UN Security Council Resolution 1325, recognising that women are key to sustaining peace and advocating for political and social change. The responses to the call for ceasefires in conflict zones have generally been very mixed, with some successful implementations. By and large, however, in most cases where ceasefires occurred they ended or were broken quickly.

As UN Secretary General Guterres remarked in his call, one of the goals of the ceasefires is ‘to open precious windows for diplomacy’. These windows—where they exist—should be used to adopt a gender perspective both to the conflicts and the pandemic response. This could contribute to sustainable and transformative change in conflict communities, linking individual and collective emancipation to peacebuilding processes. It cannot be the goal to implement a ceasefire in order to provide unhindered humanitarian assistance during a health crisis, only to resume fighting once case numbers are lower again. In very blunt terms, Eva Zillen asked, ‘are they going to start fighting afterwards? Is that okay to kill people with weapons again?’ The clear answer is no; and introducing a feminist perspective to peace negotiations has at least proven in the past to increase the longevity of peace deals. A simple truth is that we have been best prepared for a crisis when we managed to avert it.

Excluding women from rooms where decisions are made inevitably creates situations where women find themselves more marginalised and pushed back into gender-stereotypical roles. Such politics leave women to bear the combined burden of work and childcare while often also caring for elderly relatives or community members, and being more vulnerable to domestic violence and forced or child marriage. Exposing women in such a way, therefore, also makes entire communities more vulnerable to the effects of crises such as COVID-19 and other major emergencies. In this light, it is no surprise that many societies were and still are unprepared for the effects of the pandemic, since responses to the emergency did not duly consider the voices of precisely that part of the population that is faced with larger burdens and threats.

Thus, a clear imperative emerges to integrate a feminist perspective into our understanding and practice of human rights preparedness. It may be a natural link, seeing that human rights have resonated strongly with the feminist movement, including with Olympe de Gouges in her Declaration of the Rights of Woman and of the Female Citizen in 1791; and that feminism has significantly contributed to human rights discourse, for example by revolutionising our understanding of discrimination through Kimberlé Crenshaw’s concept of intersectional feminism. It is often observed that COVID-19 exacerbates pre-existing structural inequalities, including patriarchal ones, and that we need transformative thinking to overcome this pandemic (as well as other looming threats which the pandemic casts a shadow on, such as climate change). Therefore, embracing a feminist perspective aimed at societal transformation is fundamental to our ability to not only respond effectively, but to prepare ourselves in advance to better cope with the unexpected. 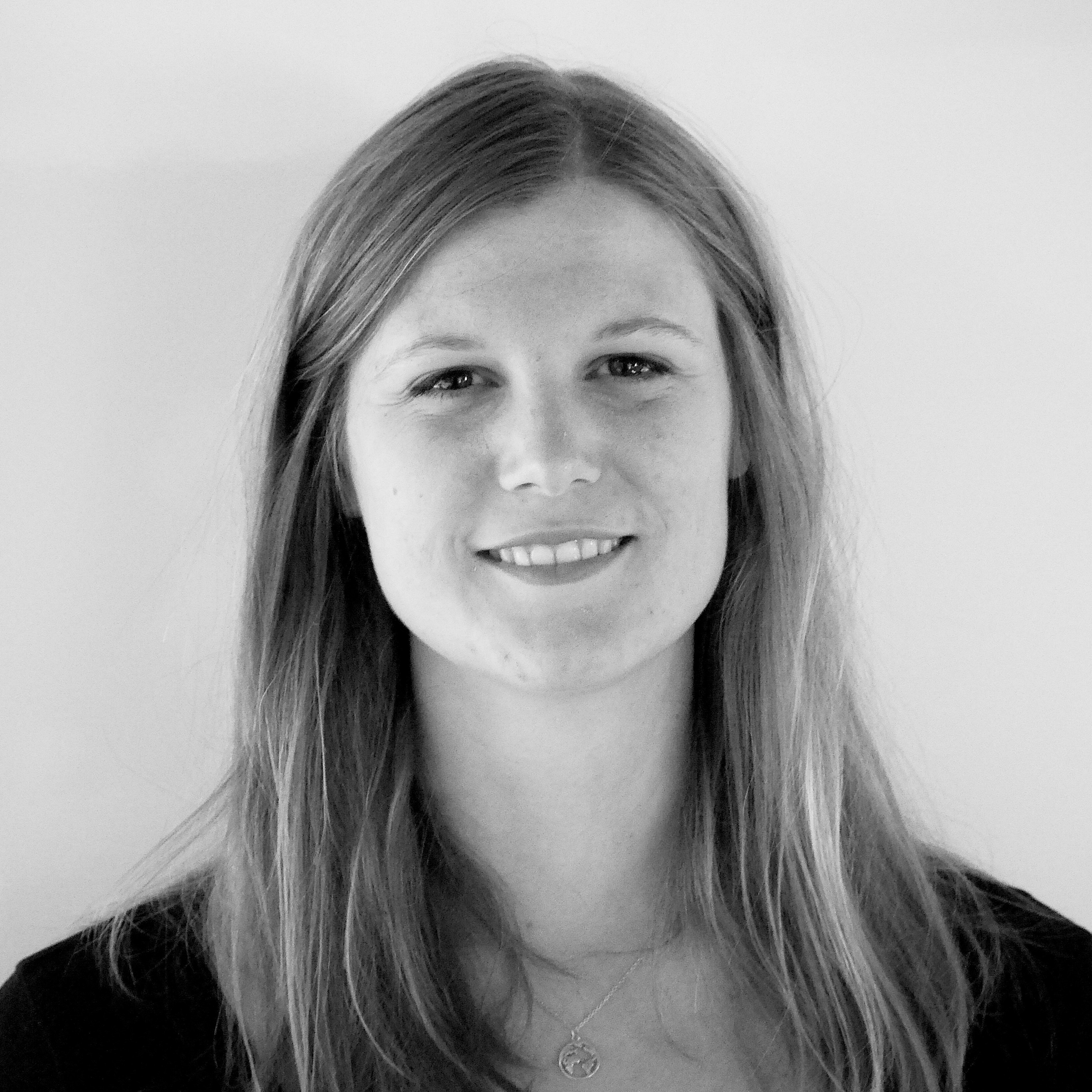