The COVID-19 pandemic created an environment in which spaces for critical reflection are shrinking even more. Movements however are finding ways to remain active by going online to build sustainable strategic systems and, ultimately, better prepare for future democratic action.

In May 2020, three Right Livelihood Laureates met online to discuss what they see as the major threats and opportunities currently facing democracies around the world due to the impact of COVID-19. All three laureates have long standing experience in fighting for democracy in the face of oppression, violence and impunity. Vesna Teršelič received the Right Livelihood Award for her anti-war campaigning in Croatia as well as for her long-term peace building and reconciliation work in the Balkans. Frances Moore-Lappé in turn was honoured for her efforts to reveal and change the political and economic causes of world hunger. Finally, as the executive director of the Albert Einstein Institution, Jamila Raqib continues the work of Laureate Gene Sharp by studying strategic non-violent movements in countries where core freedoms are either severely under threat or entirely denied. Over a year since these women came together, we are still confronted with the same questions they have been raising. Although many countries are now slowly emerging from a third wave of COVID-19, other countries are still overwhelmed by deaths, medical shortages and severe restrictions. This contribution to the Human Rights Preparedness project will touch upon three key points made by the above-mentioned speakers that continue to be relevant in 2021—notably the importance of the critical space, movement building and concepts of democratic liberty during the pandemic.

Vesna Teršelič starts by warning against exposing the most vulnerable in society to the effects of an uncritical acceptance of governmental decision-making during the crisis. Throughout the pandemic we have for example seen extreme neglect of migrants, people with disabilities and economically marginalised peoples without access to healthcare. Frances Moore-Lappé also stresses that it is exactly these ‘invisible’ communities, who are revealed to be most at risk during the pandemic. Even before the pandemic, democracy has been under threat by a steady rejection of democratic principles. The COVID-19 situation has worsened this trend and created an environment in which spaces for critical reflection are shrinking even more. In Hungary, for instance, Viktor Orbán has established new measures that effectively allow him to rule by decree. The start of the pandemic also opened up an opportunity to prevent courts from convening, which in Israel resulted in the indefinite suspension of the corruption hearing against Benjamin Netanyahu. Moreover, in Cambodia emergency laws empowered the country’s ruler to not only control the press and social media, but also empowered him to place en masse and unlimited surveillance on citizens. In fact, Teršelič points out, severe pressure has been placed on journalists and media outlets worldwide, pressuring them not to cast a critical eye on how governments and the international community are handling the crisis. While it is of course crucial to encourage resilience in times of crisis by communicating messages of hope, we should not fail to point a critical finger at unacceptable disregard for democratic safeguards. In order to learn from the past and prepare ourselves for possible future pandemics, Teršelič notes, we have to create spaces for deep and unflinching critical reflection on the conduct of world leaders during the crisis. While the fact that governments take advantage of crises for their own gain is nothing new, Jamila Raqib stresses that we should not blindly accept the new surveillance technologies (eg, contact tracings apps) currently being pushed ‘all in the name of fighting the virus’. We should remain cautious of the promises made by governments that surveillance will stop as soon as the pandemic is over, for indeed, as the old saying goes: ‘There is nothing as permanent as a temporary measure’.

In his Human Rights Preparedness contribution, Antoine Buyse summarises succinctly how protests have adapted to the current situation in highly innovative ways in order to maintain critical spaces for citizen participation. Raqib similarly praises the unique methods with which contemporary movements are seeking to actually strengthen their messaging during COVID-19. Protests are notably only one form of action. Just because we do not see people on the streets, does not mean that movements are stagnant. Raqib refers to Hong Kong as a notable example of a country that has been able to successfully mitigate the destruction of the first wave of the virus as well as subsequent new infections—not because of the centralised actions of its leaders, but by the organisation of its citizens. This was specifically made possible by local grassroots networks for organisation, decision-making and mobilisation that were set up during the 2019 uprising: ‘Hong Kongers defied a governmental ban on masks, and they pretty much universally adopted mask-wearing’. They have successfully mobilised their networks to distribute these masks and hand sanitisers to vulnerable communities. They also used established tracking mechanisms (previously used to track protests and police) to now follow the course of outbreaks. Additionally, different forms of movements are emerging where activists are creating digital adaptations of ‘off-line’ methods. During lockdown, for instance, Chilean activists projected images of crowds on city buildings, while Spanish protesters projected holograms of people marching through the deserted streets. Other creative forms of protests during lockdown included car marches (Lebanon), socially distanced protests (Israel), memorials and artful ways to voice discontent. Raqib also draws our attention to the work of trade unionists, who for example turned to distributing food, increased their online petitions and campaigned for the suspension of rent for families with no income during lockdown. Many are also using this time to connect and learn via online webinars and skills building workshops.

What all of this shows, therefore, is that activists are realising that effective movements go beyond mobilising people to the streets. Being forced to ‘go online’ opens up an avenue to also learn from each other with the goal to create sustainable strategic systems for decision-making and future action. ‘In the years before this pandemic’, Raqib notes, ‘we had an increased level of engagement in the world, but it did not always translate into real, effective, fundamental change—because we focused heavily on mobilising’. Taking the time to build and setup sustainable systems by utilising the online space as a forum for strategising is a huge opportunity to strengthen critical engagement, which ultimately serves the protection of democratic freedoms.

In this regard, Moore-Lappé also encourages us to use this opportunity to critically reflect on what democratic freedom truly means within a context of mobilisation and movement building. There is this general notion that in order to ‘be free’, one has to be liberated from others, while in fact personal liberty is achieved through community. People engaged in movements perhaps understand this principle better than the general public. In this moment of crisis, Moore-Lappé points out, connecting online and building community can be a huge opportunity to truly ‘live democracy’.

The nature of movements requires them to be adaptable to unexpected and adverse circumstances. So, there is a lot the human rights community can learn from movements and their efforts to keep moving as many parts of the world came to a standstill. Movement building is a fundamental component for effective human rights protection in order to ensure we are better prepared when the next crisis hits—whatever it may be. Human rights preparedness includes supporting processes of movement building by enabling the creation of critical spaces where those engaged in movements meet, discuss and strategise. 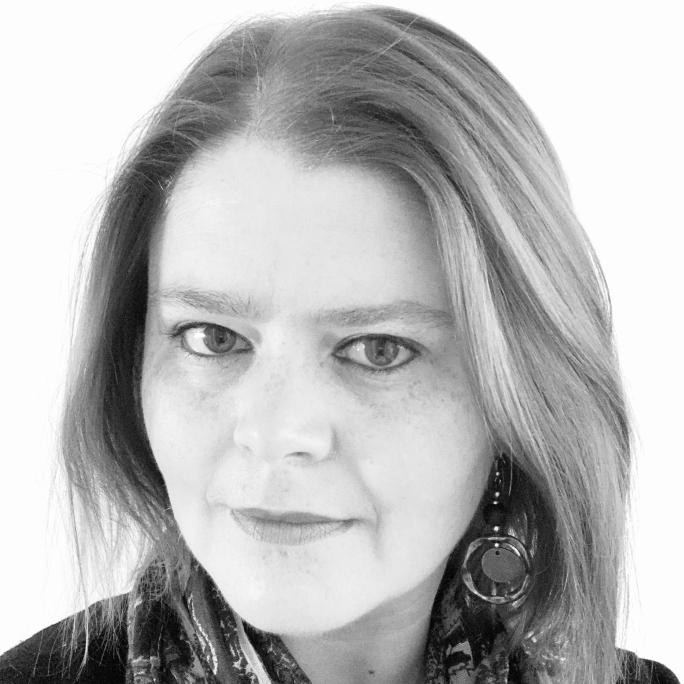 Dr Reina-Marie Loader is the children’s rights project manager at the Global Campus. Her background is in practice-as-research, a form of critical enquiry using art as a research methodology. Specialising in non-traditional storytelling, she lectured on the socio-political dimensions of film, while producing practice-led research about human rights and conservation.