Lebanon’s COVID-19 national vaccination campaign, launched in February 2021, covers all residents, including refugees and migrants. Nevertheless, favouritism in the vaccine roll-out and limited access to information and resources remains a major hindrance for refugee and migrant groups.

Lebanon’s refugee and migrant communities continue to experience a cascade of challenges now compounded by COVID-19 and economic shocks. Vulnerable populations, both Lebanese and non-Lebanese, remain at a particular disadvantage as the country continues to navigate through successive hits. The territory has lurched from political stagnation to economic and financial crisis, followed by the pandemic outbreak and the explosion at its main port in Beirut in August 2020.

Home to the highest number of refugees per capita in the world, Lebanon currently hosts in the region of 1.7m (more than 20 per cent of its entire population). The vast majority, almost 1.5m, are Syrian; of these, 865,000 are registered refugees while 600,000 are unofficial residents. There are also around 220,000 Palestinian refugees, 20,000 of whom are from Syria and an approximate total of 15,800 refugees of Ethiopian, Iraqi, Sudanese and other origins, as well as 250,000 migrant domestic workers.

Following the launch of Lebanon’s COVID-19 national vaccination campaign in February 2021, the country publically embraced an inclusive approach. The plan aims to cover all those residing in its territory, prioritising by categories such as age and health, regardless of nationality or legal status in the country. However, despite this declaration of inclusivity and vaccines being made available through public and private sources, several obstacles particular to refugees and migrant workers have emerged. For instance, refugees reportedly still encounter difficulties in access and are also hesitant about getting vaccinated.

To combat this issue, the World Bank and pertinent UN agencies (WHO, UNICEF, UNRWA, UNHCR and IOM) established a committee to advocate for an equitable, transparent and inclusive vaccination campaign. Subsequently, the World Bank has financed a third-party monitoring mechanism of the vaccination roll-out. Implemented by the International Federation of the Red Cross and Red Crescent societies, this mechanism has already detected and reported violations of the national deployment and vaccination plan.

Barriers to vaccination access
Despite these efforts, fundamental impediments to a comprehensive vaccine roll-out amongst refugee and migrant communities persist. These include the spread of misinformation, lack of access to reliable sources of information, mistrust in Lebanon’s government, increasing rates of poverty and lack of legal paperwork and documentation. Concerns over a requirement of formal documentation for online registration have led refugees and migrants to refrain from registering due to fear of arrest, deportation or detention. Moreover, as freedom of movement is often a challenge for refugees and migrants, there is a critical need for vaccination centres in areas with a high concentration of refugee populations.

The establishment of a national vaccine registration platform for pre-registration has proven pivotal in safeguarding an equitable and transparent vaccine roll-out. However, low levels of digital literacy continue to hinder the ability of refugees and migrants to register online. Increased rates of vaccine hesitancy across refugee and migrant groups are widely reported, primarily due to concerns over its safety and possible side effects. A recent survey found that 37 per cent non-Lebanese respondents think the COVID-19 vaccine is unsafe, while more than 30 per cent non-Lebanese feel they do not have ‘all the information’ about it. The heightened rate of mistrust in the vaccine amongst refugees is evident: only 3 per cent of the total Syrian refugee population has thus far pre-registered for vaccination despite Lebanon’s original intention to vaccinate 80 per cent of the entire country’s population by the end of 2021.

Furthermore, although Lebanon's World Bank-financed vaccine programme is open to migrants, an identity (ID) number is required for registration —ultimately discounting thousands of migrants who do not have up-to-date documents, paperwork or ID numbers. According to multiple sources, more than half of the country’s migrant workers remain undocumented. Many of these migrants hail from countries such as Nigeria, Sudan, Sri Lanka and the Philippines.

Moreover, the country’s vaccine roll-out has been dominated by favouritism towards upper-middle-class citizens either involved in their employers’ vaccination campaign or ‘well-connected’. This current reality fosters very little confidence that vulnerable and marginalised populations such as refugees and migrants will be inoculated. Efforts to get migrant workers vaccinated are also mired by this group’s ‘hostile’ relationship with the authorities, who have excluded them from labour law protections under the ‘Kafala’ system—which Human Rights Watch has compared to modern-day slavery.

Role of international organisations
UN agencies, including UNHCR, UNICEF, UNRWA, and IOM, all of which support various refugee and migrant groups across Lebanon, have joined relevant non-governmental organisations (NGOs) to develop nationwide initiatives to boost awareness, decrease vaccine hesitancy and assist in registration. However, refugee and vulnerable migrant communities’ unmet needs are still dire and significant. There are challenges associated with financing and building awareness. In addition, UN agencies highlight an urgent need to ensure that refugees in the priority groups, such as the elderly and those with underlying health issues, as defined by the country’s national vaccination plan, are clearly identified and supported.

Furthermore, according to the World Bank, addressing bottlenecks encountered by refugees and migrants in registration for vaccination remains pivotal. This includes supporting these communities, particularly those who are not digitally literate, to access the registration platforms. Relaxation in the registration requirements for ID documents and consideration for their security concerns will ultimately reduce fear of the vaccine roll-out and its implications.

Select experiences across the MENA (Middle East North Africa) region
The COVID-19 situation is stabilising in many MENA countries but there has been a resurgence of cases in others. According to UNHCR and partner UN agencies, states throughout the MENA region have begun extensive roll-out of their national vaccination campaigns. While UNHCR and UN agencies are not responsible for the procurement of vaccinations, they continue to provide support to refugee host countries through other COVID-preparedness and response interventions. In January 2021, Jordan began vaccinating refugee communities within its borders. As part of the country’s national vaccination plan, any individual residing in the country, including refugees and asylum seekers, is entitled to receive the vaccine free of charge and has successfully been able to do so.

According to the WHO’s Regional Office for Eastern Mediterranean, Egypt is experiencing an increase in cases of the virus. The country’s Ministry of Health announced in early 2021 that the first phase of vaccinations in the country would be conducted during the third week of January, prioritising vulnerable groups and frontline workers. However, little is known about the extent to which vulnerable groups of refugees and migrants have been given the same priority as their citizen counterparts.

In Mauritania, the Ministry of Health outlined the adoption of ‘special socio-economic measures’ aimed at supporting vulnerable factions of the population. UNHCR, WHO and UNICEF are working closely with central government to ensure that refugees are included in the vaccination plan as the vaccine slowly becomes more widely available.

Ensuring Adequate Vaccination Trends in Lebanon
Initiatives to support vaccination of refugees and vulnerable migrants in Lebanon need to recognise the complex and layered crises the country is facing, as well as the local dynamics and their implications for the most vulnerable. As more than half its citizens fall below poverty lines, it is also crucial to ensure that there is no privileged access, mismanaged targeting or flawed prioritisation of one population over another, even among Lebanese citizens.

The ultimate goal for every country in region, including Lebanon, remains the provision of equitable and comprehensive access to COVID-19 vaccines for all residents. Governments must also remain aware of the fact that no one is safe from the virus until all of us are safe. 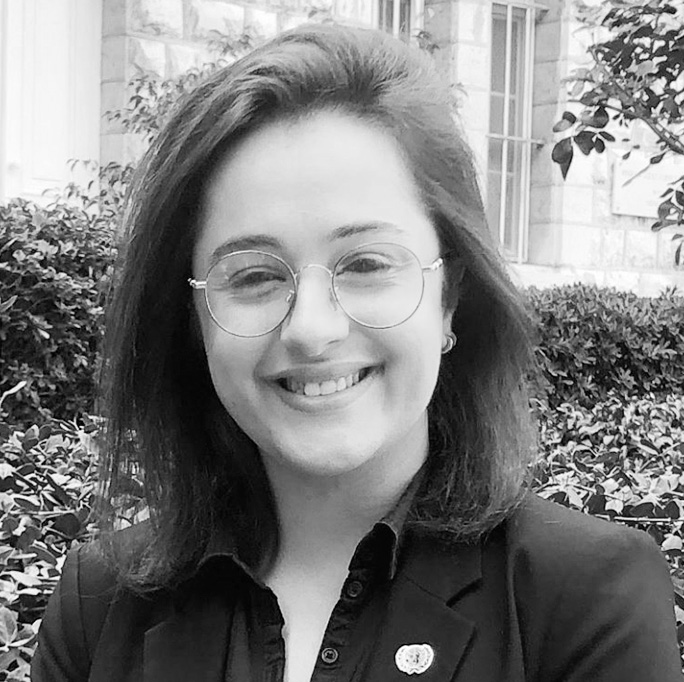