Intersectional discrimination against people on the move underpins inadequate responses to COVID-19. The right to enjoy the benefits of scientific progress and its applications clearly demands substantive racial equality when designing economic and public health measures to address the pandemic.

In March 2020, when the world began to grasp the magnitude of the COVID-19 pandemic engulfing it, the United Nations (UN) High Commissioner for Human Rights and the UN High Commissioner for Refugees, issued a joint statement. In their message, they reiterated that a pandemic response ‘grounded in the principles of public trust, transparency, respect and empathy for the most vulnerable’ was key to upholding human rights. The pandemic, they claimed, was a test to our systems, values and humanity. Fast forward to February 2021 and we do not seem to have fared so well, thus far, in that test.

Middle- and low-income countries and accelerated inequality
The pandemic has exposed and accelerated unequal access to health care and to COVID-19 related products, necessary to prevent the spread of the disease, diagnose it and treat it. From personal protective equipment to testing kits, tracing equipment and ventilators, COVID-19 medical supplies have mainly benefited wealthier countries, while middle- and low-income countries have been largely priced out of the market. Crucially, these are also the countries that, according to UNHCR, host 84% of the 79.5 million people on the move worldwide. Recent World Health Organization’ figures on the COVID-19 vaccine roll-out reveal the extent to which inequitable access to health has worsened during the pandemic, with over 100 countries having yet to administer their first vaccine dose. Despite half-hearted promises of more equitable distribution and of prioritisation of trade solutions able to address the pandemic, vaccine nationalism is rife and intellectually property law regimes enable, sanction and maintain current vaccine shortages.

Undoubtedly, middle- and low-income countries have been left behind, not only in terms of vaccine roll-out but also in ensuring that the rights of people on the move are adequately respected, protected and fulfilled. Many of these countries, however, have shown the moral and humanitarian leadership that seems to be lacking at the global level, and have ensured access to health to all non-citizens present on their territory. In February 2021, for instance, Colombia granted 10-year temporary protection status to the estimated 1.7 million Venezuelans present in the country, since they understood that providing broader access to the national health care system will enable the country to tackle the pandemic more effectively.

More generally, however, the spread of COVID-19 has seen a rapid consolidation of deterrence measures aimed at either preventing the arrival of people on the move or at ensuring their speedy expulsion. COVID-19 concerns have been weaponised to justify draconian border control measures and to curtail access to asylum, in breach of existing protection standards enshrined in international law. In Greece, for instance, migrants reaching the Aegean islands are not allowed to move to the mainland and are contained in overcrowded centres, where inadequate hygiene conditions have contributed to the spread of the virus. After the destruction of the Moria refugee camp on Lesbos in September 2020, people were transferred to temporary tent camps in even more squalid and unsafe conditions, where they remain unable to adequately protect themselves from infection. The pandemic has also exacerbated the precarious conditions of people on the move, whose economic, social and cultural rights have been further eroded, not least because of the way in which this part of the population relies on the informal economy to earn a living.

The right to enjoy the benefits of scientific progress and its applications from the perspective of people on the move
One cannot but agree with the call by UN Special Procedures for equitable vaccine access for all, since ‘none of us will be safe until everyone is safe’. Yet, the pandemic continues to disproportionally impact people on the move, a fact that raises multiple concerns, for instance in terms of how the international community will be able to strengthen international protection again, after the blow that it has suffered with the spread of COVID-19. We are also left to wonder, once again, about states’ commitment to human rights when faced by a public emergency.

The recent adoption of General Comment 25 by the UN Committee on Economic Social and Cultural Rights (CESCR), however, invites us to reflect on what human rights might still have to offer in a pandemic context like the current one. Examining science and economic, social and cultural rights, the General Comment facilitates attention to a largely neglected right: the right to enjoy the benefits of scientific progress and its applications as enshrined in article 15(1)(b) of the International Covenant on Economic, Social and Cultural Rights (ICESCR). Looking at this right from the perspective of people on the move is of crucial importance for two reasons. First, because the way in which our society treats people on the move is the lens through which we can see the historic, systemic and racialised violence which permeates our lives and economic systems, especially when it comes to (un)equal access to health care. Second, because current responses by states, international institutions and private actors to the pandemic are, in many ways, a dress rehearsal for the climate emergency.

As confirmed in General Comment 25, the right to science is one of the rights to which states give least attention in their interactions with the CESCR. The right of everyone to enjoy the benefits of scientific progress and its applications, on the other hand, is the right most frequently invoked by scholars, non-governmental organisations and corporate actors in relation to science, even if it is not necessarily the most respected. There is, in short, potential for it to play a much larger role than in the past and the COVID-19 pandemic helps us to see how important this is.

As clarified by the CESCR, the enjoyment of the ‘benefits’ of science relates to:

When examining the scope of article 15(1)(b) ICESCR from the perspective of people on the move, its inherently non-discriminatory and redistributive aspects become apparent. Vulnerable and marginalised groups should in fact be prioritised when it comes to the obligation vested upon state parties to direct their resources and coordinate the actions of others (arguably including pharmaceutical companies, investors and international organisations of which they are parties) ‘to ensure that scientific progress happens and that its applications and benefits are distributed and are available’. Yet, as discussed throughout this contribution, equal access to the benefits and applications of science remains largely problematic for people on the move, who are discriminated against not only because of their status as non-citizens but also because of their race and origin.

The multiple forms of intersectional discrimination perpetrated against people on the move clearly indicate a glaring need to pursue substantive racial equality when designing public health measures which will otherwise continue to wilfully ignore the histories and structures of racism underpinning the inadequate responses and continued spread of COVID-19. The right to equally enjoy the benefits of scientific progress and its applications demands a human rights regime that can see how pervasive and entrenched racial inequality is within the economic systems that dominate our responses to this pandemic and to the other public emergencies we face. 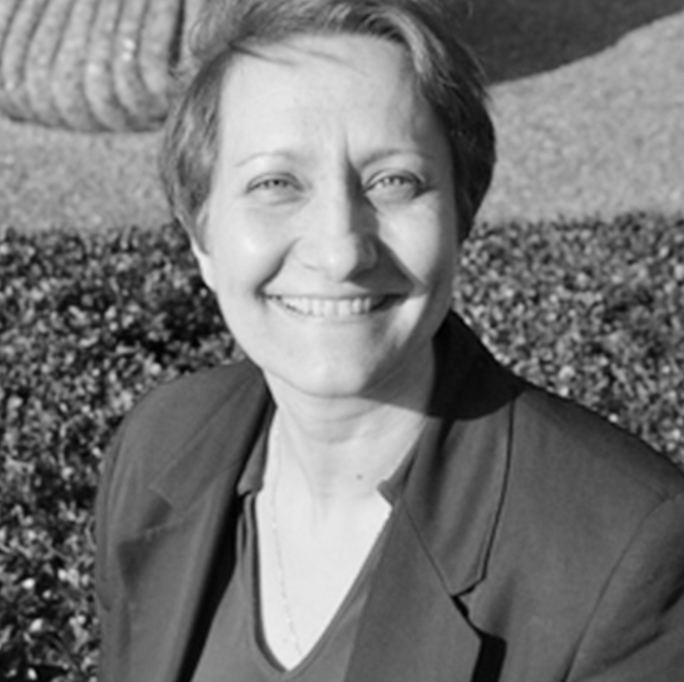 Dr Daria Davitti is Associate Professor in Public International Law at the Faculty of Law at Lund University in Sweden.