Sri Lanka’s financial crisis, fuelled by government mismanagement and mounting foreign debt, has led to spiralling costs, drastic shortages and violent protests, with citizens fleeing to nearby India. The international community must act to protect rights of economic refugees.

Sri Lanka, a former British colony previously known as Ceylon, is a small Indian Ocean island nation of approximately 22m people, which became a republic in 1972. Almost three decades of civil war between the government and the minority Tamil population officially ended in 2009. Yet, after intense fighting, displacement and loss of lives, the Tamils are still waiting to be treated fairly by the nation’s rulers, while Tamil refugees across the globe hope to return to their homeland one day. War grievances have not been addressed: political tensions and prejudice towards minorities remains with many people trying to reclaim their possessions and find relatives who disappeared during the fighting.

Notwithstanding the prolonged conflict, the country began to recover between 2009 and 2019, making some progress in various sectors. Tourism, for example, thrived: in 2018 alone more than 2m tourists visited Sri Lanka. Economic development was at the centre of policymaking during this period, with several major infrastructure projects commissioned. However, despite these efforts, many projects failed to produce expected returns on investment. Most were backed by China, with Sri Lanka racking up massive loans. For example, the Chinese-funded Port City Project and the development of the Hambantota Port and related borrowings and loans have contributed to the country’s dire fiscal predicament. Then the Easter Sunday terrorist attacks of 2019 dealt the heavily tourist-dependent economy a huge blow, further exacerbated by the COVID-19 pandemic in 2020.

Political stability remains a challenge, with most of the democracy’s governance a family affair dominated by relatives of the current president Gotabaya Rajapaksa, who comes from a rural land-owning family with a history of local and national political involvement. Gotabaya’s older brother, Mahinda, a former president and prime minister, played an important role in the ruthless defeat of the Tamil Tiger insurgency. Until recently, close family members were key ministers in Sri Lanka and it seemed the family had consolidated its grip on power in the country. But with the national crisis evolving day by day, dynasty politics is crumbling. Many Sri Lankan people and international critics believe the politicians mishandled the economic crisis, resulting in mounting international debt and defaulted payments due to depleted reserves.

What is happening in Sri Lanka now?
Disappearing currency reserves and widespread shortages, largely attributed to post-2019 shock measures such as reduction of taxes and a push for 100 per cent organic farming, have left the country with no purchasing power, resulting in drastic scarcity of food, medicine and fuel. Following a series of short-term currency swaps and credit lines from countries like India and China, Sri Lanka finally agreed to enter negotiations with the IMF in March 2022 to arrange financial credit. Unfortunately, the situation has now deteriorated so badly that the country is struggling to pay for essential imports.

Political volatility and the economic difficulties have sparked widespread protest and a campaign demanding the president’s resignation. The crisis in what we call a democracy has intensified in the post-civil war years due to government mismanagement. With the position of minorities precarious and the prospect of transitional justice for war atrocities still far away, this is one of the worst economic crisis the country has seen in almost 75 years of independence. Given the history of ethnic tensions and military intervention in recent times, there are fears of the protests being labelled as anti-democratic and hostile to government and that any resulting clampdown by the authorities could spark a return to full-scale conflict.

How does this impact ordinary people?
Daily life has been affected with electricity shortages resulting in eight hours of daily power cuts, long queues to purchase basic commodities like fuel and generally sky-rocketing inflation. Medical staff are being forced to operate by the light of their mobile phones and to reuse catheters, pushing hospitals to the brink of disaster. Tensions have been escalating into violence. There are disturbing news articles about people dying while waiting in line to buy fuel. The country is now down to the last day of petrol. Can you imagine a day when you do not have money for electricity, fuel and vital imports including staples like rice? We are talking about a population of 22m, almost 4.5m of whom are children, slipping into various levels of poverty as the inflation rate plus affordability and availability of resources spirals out of control.

Amidst so much uncertainty, what happens to the minorities, many of whom are already in comparatively bad situations? While the protests have shown fragile unity between different groups, this will not guarantee political and legal equality for minorities. Some Tamils have fled Sri Lanka to India, this time because of hunger, not war. The latest exodus began in March with several families reaching the Rameshwaram coast in India on unofficial boats. Can you imagine fleeing, leaving behind the country you call home, because of the dire economic situation? We understand that these people do not fall under the term ‘refugees’ as defined by the 1951 Refugee Convention, meaning that the receiving country is not bound by principles like the non-refoulement—not sending people back to countries where they could face persecution—all the more so when the country concerned is not party to the Convention.

However, overlooking the legal barriers, the Indian State of Tamil Nadu has long hosted Sri Lankans fleeing the civil war and there are still around 60,000 such refugees in camps across the state. Emigration due to financial hardship is far from new around the world but while Tamil Nadu has received the Sri Lankan economic migrants, requests are now being made to allow them temporary asylum in refugee camps in India. These economic migrants could make ends meet in their host country for the rest of their lives, but long-term security would require a return to their homeland with rights guaranteed by the state.

What can be done to protect economic refugees?
Managing migration, especially at borders where time has tested ways to allow the flow of people who do not count as Convention refugees, is a global challenge. War and persecution are not the only circumstances forcing people to flee their homelands, yet they are the only legal reasons to claim asylum in many countries. Economic desperation is often ignored and unrecognised, yet sometimes it is also a matter of life and death. However, it remains a black hole in international law, despite a dozen or so similar cases. Sri Lanka may be the latest country creating economic refugees, but there are many other countries like Venezuela where major economic displacement drivers exist. Surely it is time the world realises that it is much more globalised that it used to be in the 1950s, and the Refugee Convention is itself a creature of its time and circumstances, perhaps now is the time to make it more inclusive? Economic drivers, climate-related displacement and movement growing by the year provide all the more reason to do so. Moreover, borders are man-made and ordinary people in desperate circumstances rightly refuse to understand the complexities of borders when their lives are at stake. Is it fair and just that someone with all the resources at their disposal decides what happens to those who have nothing?

The forced movement of peoples due to various social and economic drivers is an unavoidable reality where more thought must be given to safe and orderly migration: work is needed on migration governance in order to eliminate restrictions, making rights and resources accessible to all. The United Nations is an existing global forum which could call for action. We are seeing development in some areas like the Global Compact for Migration that seeks to establish guidelines for safe, orderly and humane flow of people across the globe. But most UN actions, such as the Compact, have their limitations, largely due to lack of consensus among countries, which could prove a barrier to expanding the definition of refugees under the Convention. However, the fact that some countries are attempting to widen that definition and to address the problem is an indication that the system at large needs substantial fundamental overhaul in order to facilitate bigger changes in global movement.

This week we welcome back Visala Annamalai, an alumna of the Global Campus Asia-Pacific programme. You can read or re-read Visala’s earlier posts here, here and here.
The GCHRP Editorial Team 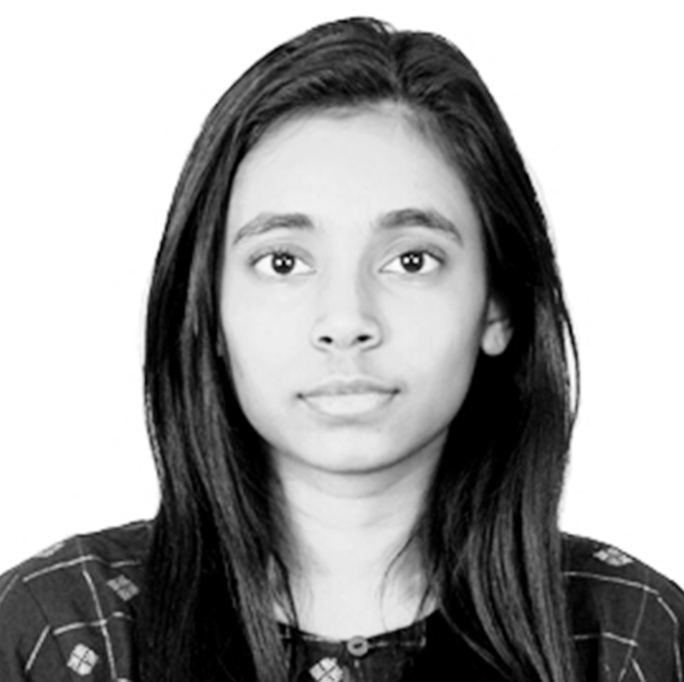 Visalaakshi Annamalai is a researcher in labour mobility, gender, migration, environment, climate change and refugee issues in Asia-Pacific. She is currently a consultant for the International Organization for Migration (IOM) on return and re-integration of migrant workers in the Pacific. She recently helped the gender-inclusion research group, Includovate, with a project aimed at ending Child, Early and Forced Marriages (CEFM). She previously worked for the United Nations High Commissioner for Refugees (UNHCR) and the International Labour Organization (ILO).