An effective social assistance programme is a must for countries around the world, including Indonesia, to make sure the most vulnerable groups in society are fully taken care of. Indonesia’s experience of the COVID-19 pandemic in 2020 illustrates the key role that local government can play in this regard, in particular how it can harness technology in the service of human rights.

In 2020 in Indonesia there were 26.42 million people living in poverty prior to the COVID-19 pandemic, and approximately 1.62 million people who then lost their job during the pandemic. The national government operated at least seven direct social assistance programmes, aiming to provide a safety net for low-income households, including direct assistance on nine basic needs, direct cash assistance and electricity support programmes, with IDR 695.2 trillion (USD 48.4 billion) allocated in 2020 for social assistance during the pandemic. In addition to its role in social assistance, the national government was the dominant actor more broadly in Indonesia’s pandemic response.

This post however highlights the role of local government, focusing on the government of Semarang City, one of the provinces in Java, in handling the COVID-19 pandemic. Examining the role of local government is crucial to understand the dynamics of human rights preparedness in local contexts. Most of the data in this post were collected through online sources, while a few of them were collected through interviews in five villages in North Semarang in the period March-April 2021.

Semarang City, a complex urban area, provides an example of the innovation by local government that was required during the pandemic. It is located in the provincial capital city’s area of Central Java, the most populated island in Indonesia. It is also a coastal area and one of the main industrial areas in Indonesia, with a well-developed infrastructure in technology. As an area, it faces multiple challenges. Rapid urbanisation and industrial development have created challenging socio-economic conditions, with 4.34% of the population living below the poverty line. Furthermore, around 37.21% of the population live in semi-permanent houses made from wood, bamboo, walls and brick without proper finishing. Thus, fulfilling socio-economic rights, especially for those living in low-income households, was both crucial and challenging once the COVID-19 pandemic hit in 2020.

Through its authority, the government of Semarang City established cashless social assistance called ‘Kartu Semarang Hebat’ (The Great Semarang Card). The programme was adopted from ‘Elektronik Warung Gotong Rotong’ (e-warong mutual assistance)—also known as e-warong—which was established by the Social Affairs Ministry in 2016. Based on Minister of Social Affairs Regulation No. 20 of 2019, the e-warong programme aims to assist low-income households by providing them with a smart card that contains e-money. Beneficiaries can bring this smart card to retail kiosks and other merchants which have been registered with state-owned banks as a partner in implementing the e-warong programme.

Relying on the state budget, the local government trialled the programme in September and October 2020 (Interview with Social Affairs Officer, 30 March 2021), providing 130,000 Great Semarang Cards for 16 districts in Semarang City. This was part of its allocation of IDR 66.7 billion (USD 4.7 million) for social assistance programmes during the pandemic: a budget that covers 73.6 thousand people living below the poverty line as well as others affected by the pandemic.

Having a smaller number of beneficiaries compared to the national government, the local government of Semarang City was able to establish a comprehensive work plan to implement its e-warong programme. The selection of beneficiaries was based on the Social Service Agency’s database of poor households known as DTKS: typically, beneficiaries were people who had lost their job or experienced income reduction during the pandemic (Interview with Social Affairs Officer, 30 March 2021). The e-money was distributed through Bank Negara Indonesia (BNI, one of the state-owned banks), with every head of a family receiving a smart card valued at 100,000 IDR (6.90 USD) monthly. The money could be used to purchase nine basic needs (sembako), including rice, sugar, oil, eggs, meat, milk, salt, corn and kerosene (Interview with head villagers, 31 March 2021).

This innovation by the government of Semarang City shows that the COVID-19 pandemic has not only impacted on people’s lives but also influenced the way that government works. By utilising the existing programme and technology, the local government could be more responsive and likely more ready to face the pandemic.

Local government, technology and COVID-19
The e-warong programme shows that utilisation of technology is important for local government preparedness programmes. Crucially, the technology is not merely a disbursement mechanism, but also a medium for social empowerment and human rights. There are three ways in which this can be seen.

First, the e-warong programme has helped to promote individual and public health. It prevented people from gathering in one place to receive distributions of social assistance. By handling the card in their hands, beneficiaries cand go to merchants as they please, depending on their needs. Furthermore, people did not need to travel to have their cards topped-up because the bank was able to transfer the money automatically.

Second, at the same time, the e-warong programme has supported the local economy. It has involved small sellers in targeted neighbourhoods, with these small sellers functioning as the government partner to distribute the identified goods. This strategy not only empowered the management skills of the sellers but also supported their livelihoods.

Finally and most importantly, the e-warong programme has the capacity to decrease the corruption chain. Funds are transferred directly from the Office for Management of Regional Revenue, Finance, and Assets to the state-owned bank BNI. This mechanism reduces brokering and the chance of corruption in the distribution process. It allows the local government to track the e-warong’s implementation from card distribution and the bank’s report. Furthermore, if there are any merchants’ errors, the bank can rectify these immediately. Thus, involving technology in human rights preparedness can help to create a more transparent system.

Reflection in human rights preparedness by local government
The e-warong programme in Semarang City illustrates how local government can be very responsive in dealing with a crisis like the COVID-19 pandemic. Its ‘local’ character—being the one who deals with people directly—was crucial. Furthermore, because of the authority it is given under the decentralisation democracy approach, it was able to develop a social assistance programme that was appropriate to the urban area.

But in addition to its positive effects, implementation of the e-warong programme has also presented a human rights challenge that needs to be addressed. Focus Group Discussions (FGDs) in North Semarang show that there is a digital gap among beneficiaries: some beneficiaries were not familiar with the cashless disbursement mechanism and confused about how to use the card (FGD, 3 April 2021). Thus we can conclude that technological innovation in support of socio-economic rights needs to be combined with programmes to implement the right to education—specifically, digital literacy. 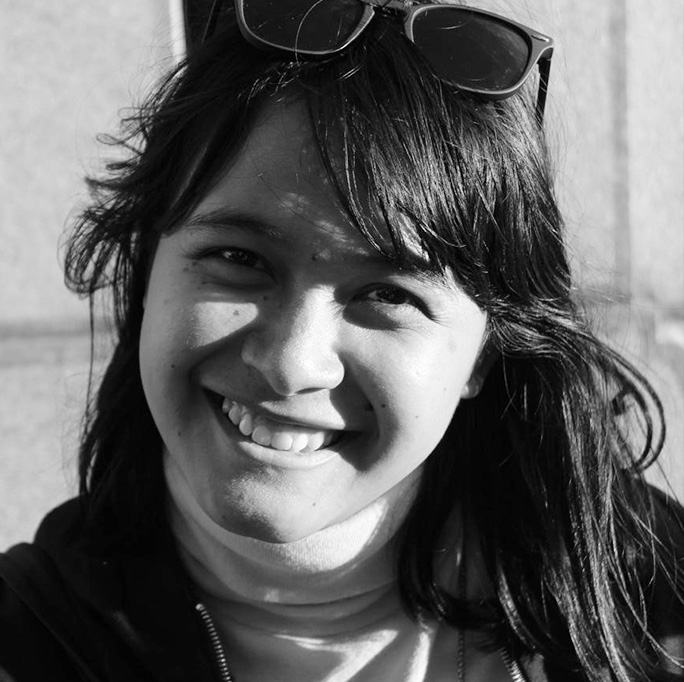