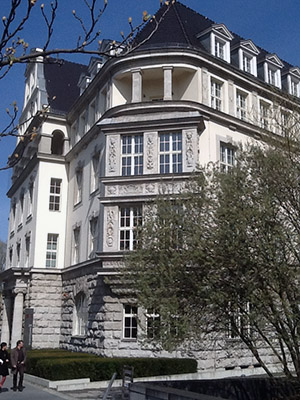 From 14 to 19 April 2013 the Berlin representation of the Deutsche Gesellschaft für Internationale Zusammenarbeit (GIZ) Gmbh, on behalf of the Federal Ministry of Economic Cooperation and Development (BMZ), hosted the “Berlin Dialogue week”: a study tour dedicated to the representatives of the partner institutions to the GIZ Regional Programme Good Governance, Maghreb who were involved – together with a delegation of Alumni of the Summer Academy on Good Governance - in a series of encounters with German governmental and non-governmental institutions playing a key-role in the country’s democratic system.

The Regional Programme Good Governance, Maghreb has been managed by the GIZ-office in Algiers in cooperation with EIUC as main implementing partner, and has come to its conclusion, following organisation in the past years of a series of joint initiatives ranging from the mentioned Summer Academies on Good Governance in the Maghreb Region, to regional seminars and conferences on good governance in the domain of public finance, conferences on gender equality in the Maghreb legal systems, and seminars focusing on transitional justice in the Region.

Members to the public finance group - including in particular magistrates from the Audits Courts of Mauritania, Algeria, Morocco and Tunisia - met with representatives of the Federal Audit Court, of the Parliamentary Budget Committee, of the Association of German Taxpayers, and of the Senate of Finance of the Berlin Länder. The group concerned with gender issues  - and composed primarily by the Director of the Tunisian Center of Arab Woman for Training and Research (CAWTAR), by the Secretary General of the Algerian party Union pour le Changement et le Progrés, and by a former alumna and officer of the Women’s rights department at the Moroccan Ministry of Social Affairs - met with the Parliamentary Committee for Economic Cooperation, with the KOK activist network coordinating activities against trafficking and violence against women, and – together with the Youth & Governance group – visited the Federal Ministry of Family Affairs, Senior Citizens, Women and Youth. 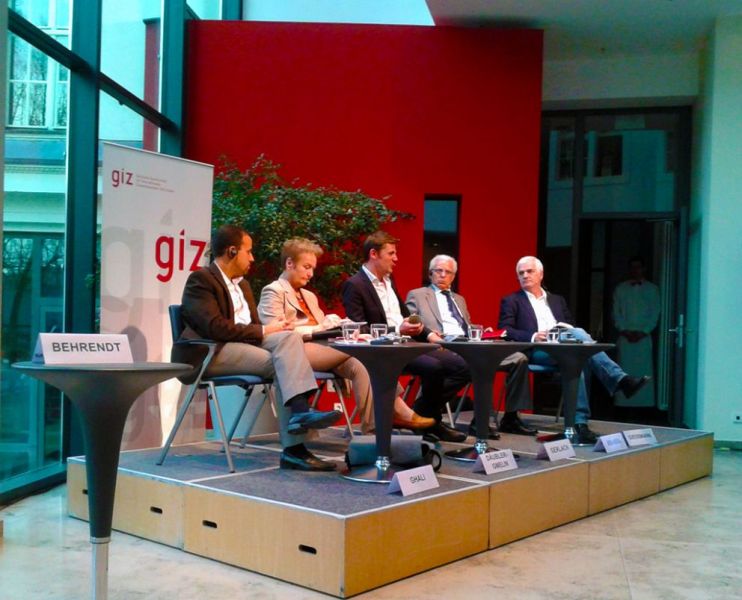 The Youth & Governance group composed by alumni and Moroccan professors from the Summer Academy further met with the Pirate Party of Berlin, whereas the members of the Transitional Justice team – including the vice-director of the Tunisian NGO KADEM, a judge and a professor from the University of Tunis, met with the Federal Commissioner for STASI Archives, with the Robert-Haveman-Gesellschaft and with the Foundation “Remembrance, Responsibility and Future”.

EIUC was represented in the dialogue by the EIUC Secretary General, Florence Benoît-Rohmer, by the Senior Project Manager, Elisabetta Noli and contributed, through participation of the EIUC National Director for the University of Hamburg, Hans Giessmann, to the public panel discussion on Transitional Justice in Tunisia, held at the office of the GIZ Berlin representation on 18 April.