The Inter-ministerial Delegation for Human Rights (DIDH) and  the National Council for Human Rights (CNDH) of the Kingdom of Morocco, with the support of UNICEF, organized on May 13th, 2015 in Rabat, Morocco a national seminar on the presentation and monitoring of the concluding observations of the UN Committee on the Rights of the Child.

The concluding observations CRC/C/MAR/CO/3-4 based on the combined third and fourth periodic reports of Morocco was published on October 14th, 2014 and after an examination on the measures undertaken and progress achieved by the Kingdom of Morocco, moves towards to the main areas of concern and recommendations, calling Morocco as a State party to take all the appropriate measures to ensure that the recommendations are fully implemented. 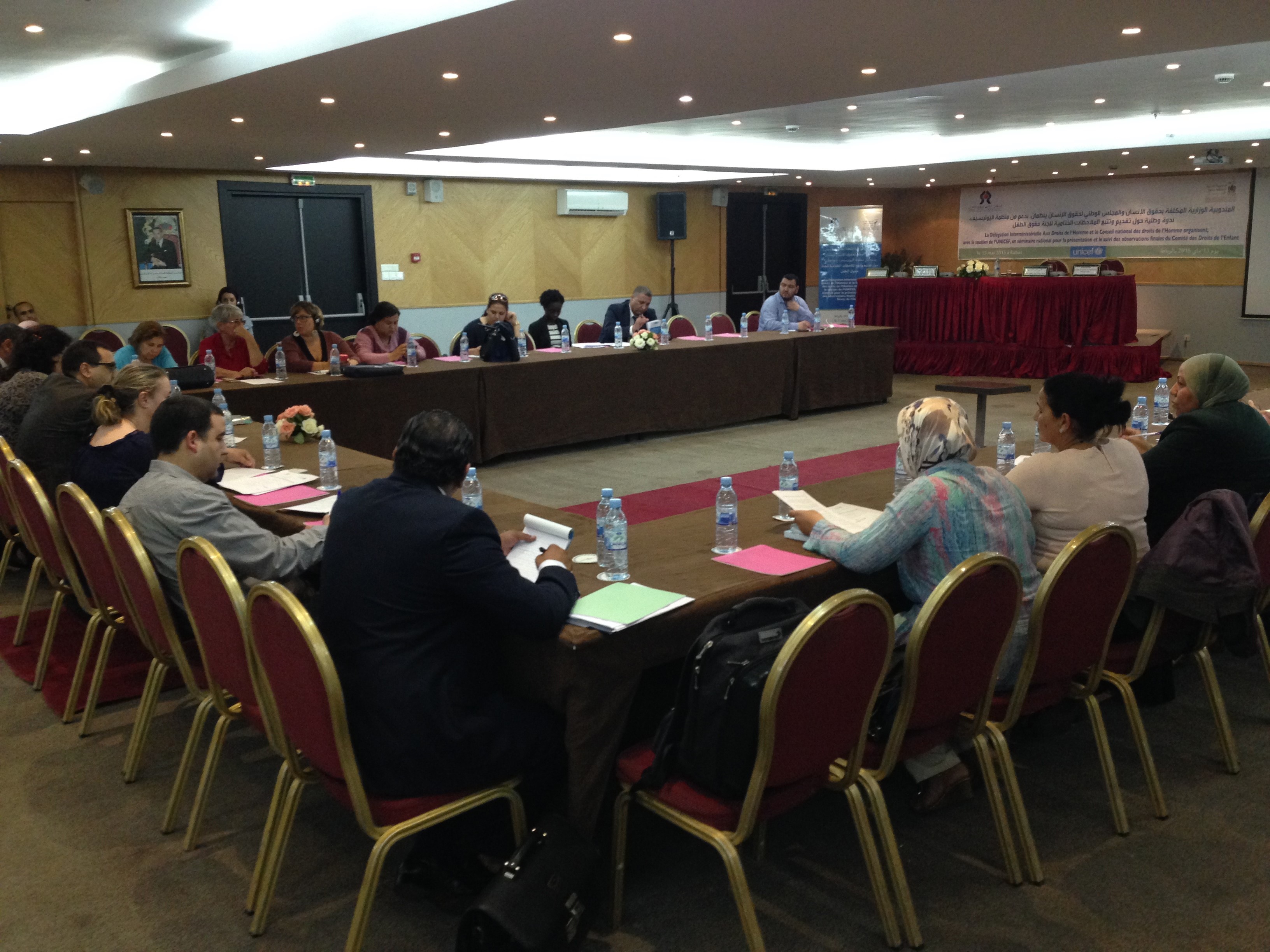 The UN Convention on the Rights of the Child (CRC) is a human rights treaty which sets out the civil, political, economic, social, health and cultural rights of children. It was signed on November 20th, 1989 and became effective on September 2nd, 1990. With 195 State Parties, the CRC is the most rapidly and widely ratified international human rights treaty in history, according to UNICEF. The Kingdom of Morocco ratified the Convention on June 21st, 1993.

The purpose of that seminar was to disseminate the concluding observations of the Committee with different national practitioners and civil society activists to a better understanding of the recommendations under the conditions of the Rights of the Child in Morocco in order to set up a framework for monitoring the implementation of those recommendations.

Among the participants who attended the seminar from Moroccan ministerial departments, national institutions, members of the civil society and staff from the National Human Rights Council (CNDH) and the Inter-ministerial Delegation for Human Rights (DIDH), were also representatives from UNICEF and the UN Committee on the Rights of the Child.

In this context, Ms. Regina De Dominicis, representative of the UNICEF Office in Morocco,  mentioned the importance of the Concluding observations stating that "such a document is very important for Morocco as it includes guidelines for addressing the identified constraints and proposes priority actions in both programmatic and institutional terms to be undertaken during the next five years in order to succeed the best achievement for children's rights". 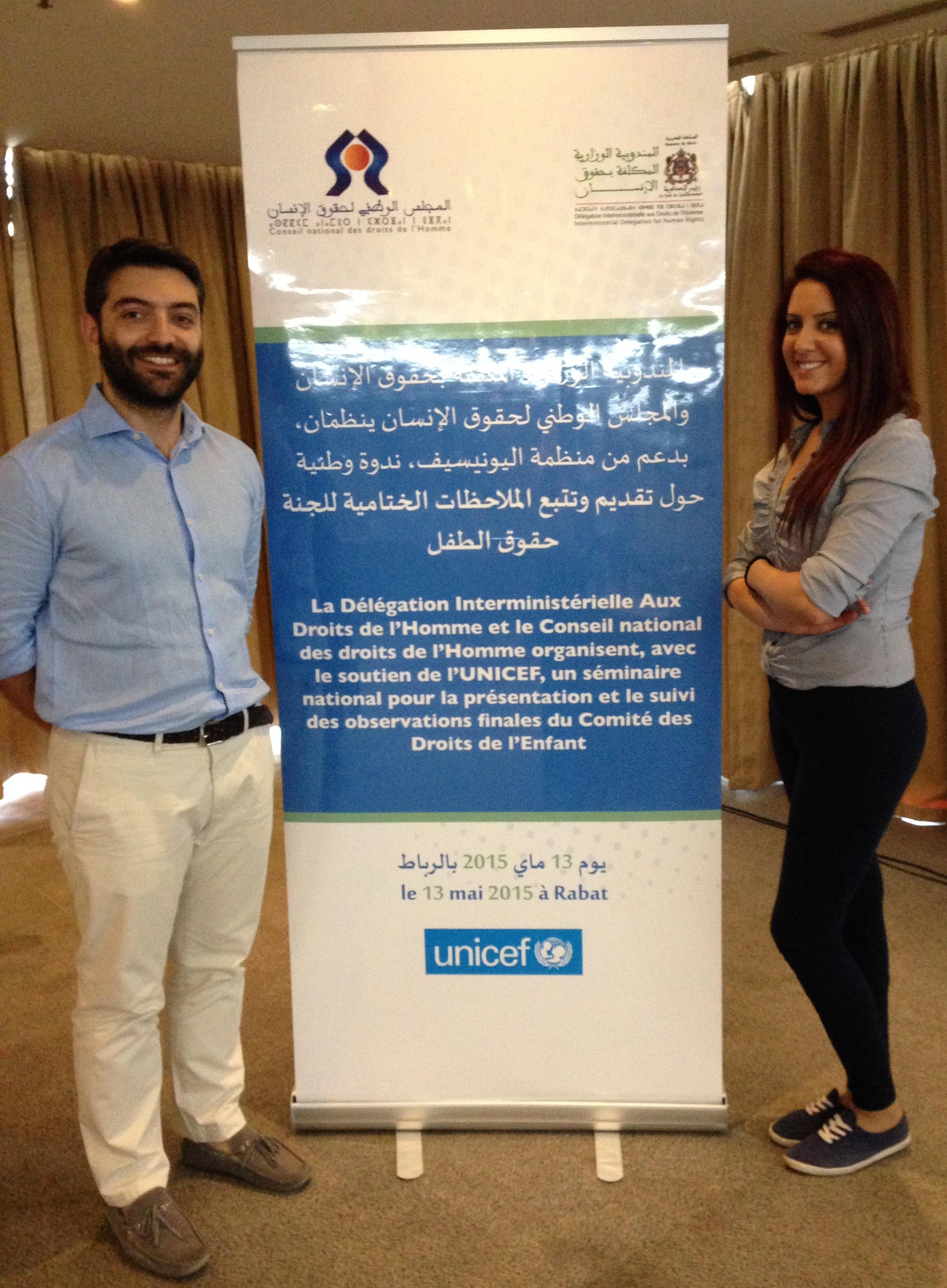 For his part, Mr. Driss El Yazami , Chairman of the CNDH, stated that "this review process engages Morocco before the Committee on the Rights of the Child , to assume fully the efforts of the implementation of the recommendations through a participatory approach involving all stakeholders. It is therefore necessary to strengthen these initiatives and the structure to allow wide dissemination of information relating to this process and to coordinate efforts to develop a roadmap for the implementation of those recommendations as in an inclusive approach".

The EIUC / DE.MA. Master was present during that meeting by students Razan Namari intern at Adala Association and Stylianos Kostas intern at the CNDH.