Last 30 April Laura Gradinariu, E.MA graduate of the academic year 2006/2007 and current official at the Ministry of Foreign Affairs of Romania, successfully defended her PhD thesis at the Université de Strasbourg. The thesis dealt with the right to mental health in the framework of armed conflicts.

The jury was composed by Ms Florence Benoit–Rohmer, professor at the Université de Strasbourg and director of the thesis, Ms Irina Zlatescu, professor at the École nationale d’études politiques et administratives of Bucarest and by Mr. Fabrizio Marrella, professor at Ca Foscari University Venice.

The thesis identifies the gaps and shortcomings regarding the implementation of international legal instruments applicable in the context of armed conflict (the Geneva Conventions of 1949 and the Statute of the International Criminal Court) in what concerns the protection of the right to mental health. A solution for a better protection of this right is proposed, consisting in amending the relevant international legal instruments with a distinct new provision criminalizing the violations of the right to mental health during armed conflicts.

The research highlights the serious consequences of violating the right to mental health during wartime, showing the causal link between the trauma produced by the conflict, the development of mental disorders, the changes of the “normality” standards of communities and the increased occurrence of antisocial behavior. The thesis proposes a hypothesis that explains the amplification of crime rates after the war by the influence of the psychological trauma suffered by the respective population, as a consequence of armed conflict. 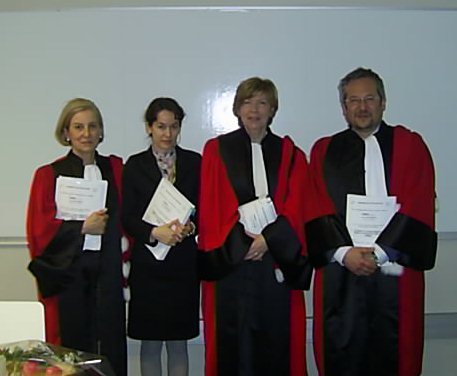