The Fellowship will start on Monday, 24 August 2015 (dates may vary depending on availability of delegations) and will end on Friday, 18 December 2015. The placement offices will be the European Union Delegations in Geneva and New York (one fellow for each office for the entire duration of the programme) where the fellows will assist the delegation in following the United Nations Human Rights Council and United Nations General Assembly and related bodies dealing with Human Rights. 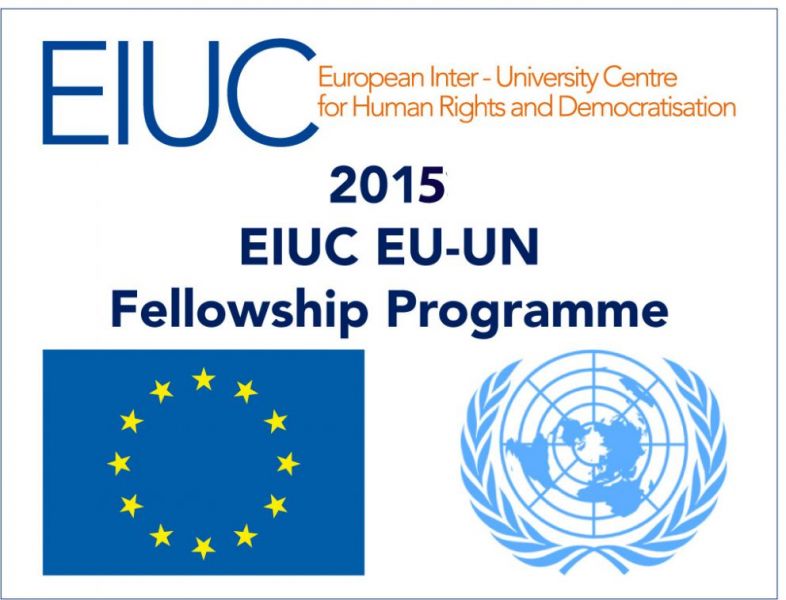 *(Article 50, clause 1, letter c) of the Testo Unico delle Imposte sui Redditi includes among incomes considered to be similar to those of employed labor “sums paid by anyone in the form of a scholarship, check, prize or subsidy for the purposes of study or professional training, if the beneficiary is not bound by relations of regular employment to the provider of funds” (tax law in force as of 31.07.2010). The net sum paid will thus vary according to the overall tax situation of the recipient of the payment, as well as the nature of the taxation system itself, which varies from year to year.

Interested candidates should send an updated cv (specifying the title of their E.MA Thesis) and one letter of motivation by Monday, 22 June 2015 at 11 p.m. (CET) to lucia.fanicchi@eiuc.org. All CVs will be considered for both delegations, candidates shall not express any preference; only one letter of motivation is required. No additional documentation will be taken into account. Should you have any further doubt, please contact Ms Fanicchi at the email address provided above.