The EIUC/E.MA Opening and Awarding Ceremony 2007 that took place on 23 September 2007 in the beautiful Scuola Grande San Rocco in Venice was especially significant as it marked the 10th anniversary of E.MA cooperation. This has been a tremendously enriching experience for both the students, the universities, and the institutions involved. In recognition of this achievement EIUC expanded the programme of events for the weekend of 22-23 September 2007. 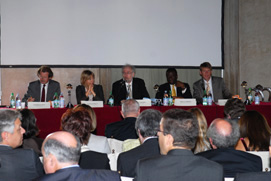 The moderator of the discussion was Horst FISCHER, EIUC President. The matinée took place from 10.00-12.30 in the Sala del Piovego of Palazzo Ducale in Venice. 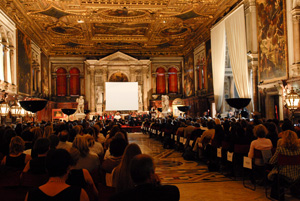 The EIUC Ceremony for the 10th Anniversary of the European Master's Degree in Human Rights and Democratisation was hosted by Cà Foscari University of Venice, Univirtual and Arciconfraternita di San Rocco. 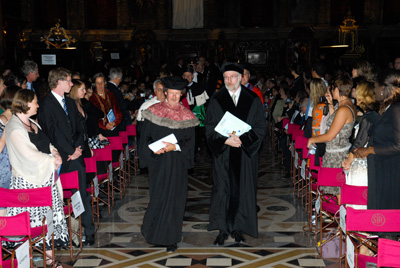 The event started with the solemn entrance of Rectors and Professors of the 41 E.MA Participating Universities. 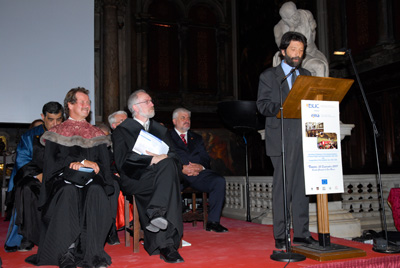 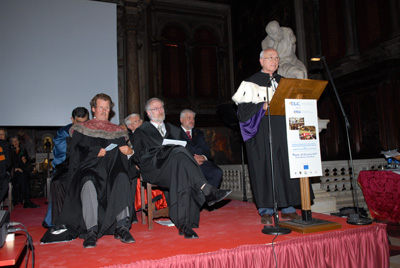 A special anniversary address on "10 Years of E.MA Experience" was offered by Antonio PAPISCA, University of Padua, Former European Programme Director of E.MA. 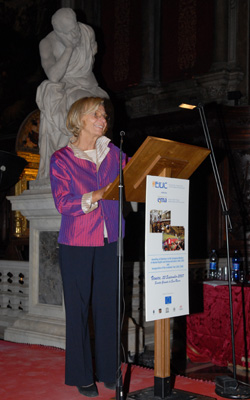 E.MA Graduates 2006/2007 and E.MA Students 2007/2008 were also proud to be addressed by personnalities such as Emma BONINO, Italian Minister for International Trade and European Affairs; Edward McMILLAN-SCOTT, Vice-President, European Parliament; and Vladimir VOLODIN, Chief of the Human Rights and Gender Equality Section, UNESCO. A message was sent by Pierre SANE, Assistant Director-General for Social and Human Sciences, UNESCO.

Two video messages were sent by two other important guests that contributed to the success of the E.MA project and were unable to attend the ceremony for its 10th anniversary:
- Benita FERRERO-WALDNER, Member of the European Commission in charge of External Relations and European Neighbourhood Policy;
- Mary ROBINSON, EIUC Honorary President, and former UN High Commissionner for Human Rights.

One of the most emotional moments of the event was the awarding of European Joint Degree to the 10th generation of graduates: the Masters 2006/2007.

For further details please contact Ms. Corinna Greco  who acted as anchor person for these events.