On June 15, E.MA student Christian Andersen was awarded the "Grand Prix du Jury" by Paris Match, for his photo-reportage "Avec les Exclus d'Afrique du Sud" on youth maneuvering between crime and education in the "coloured" township Manenberg, outside Cape Town.

More than 4000 entries were registered for the competition, which is considered one of France most important for young promising photographers.
The reportage was featured in the June 21 issue of Paris Match, France's largest weekly magazine.

See the full  presentation of the awarded pictures directly on the web-page: http://www.parismatch.com/photoreportage/ click on the bottom red link (lauréats) to go directly to the featured photo-reportages. The one of Christian is the second from left in the top (the one that has "Grand Prix" written over it). 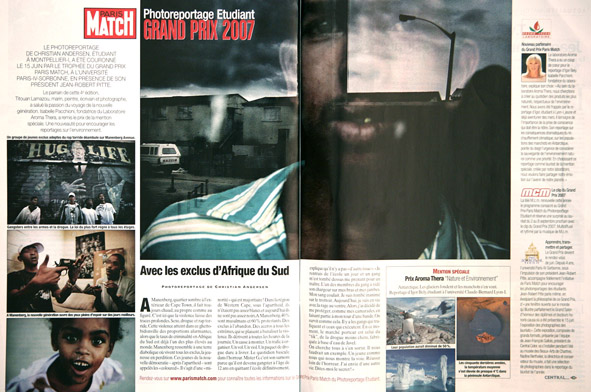