22/9/2013: EIUC awards EIUC Medal of Honour to EP Vice-President and signs Letter of Exchange with the Council of Europe

The Scuola Grande di San Rocco in Venice is the beautiful setting in which, on Sunday 22 September 2013, the European Inter-University Centre for Human Rights and Democratisation (EIUC) welcomed renowned international authorities, academics and professionals active in the promotion of democracy and the implementation of human rights worldwide.

Professor Horst Fischer, EIUC President, opened the ceremony, followed by the welcome message of Stefano Beltrame (picture above), Diplomatic Advisor of the President of the Veneto Region, and Sandro Simionato, Deputy Mayor, Municipality of Venice, who asked Councillor Bruno Filippini to join him on the stage to present Prof. Fischer with a plate from the Municipality in recognition of the activities undertaken by EIUC in the city. 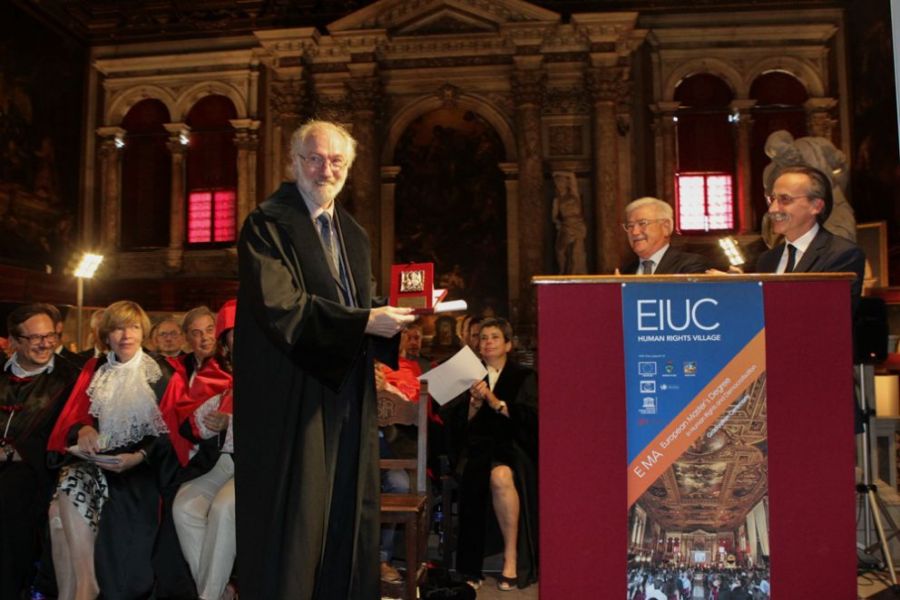 For the almost 450 participants gathered in this venue that hosts masterpieces by Tintoretto, it was a unique opportunity to listen to speeches from the following distinguished guests:

During the Graduation Ceremony of the European Masters in Human Rights and Democratisation 2012/2013 EIUC formalised its long standing cooperation with the Council of Europe by signing an Exchange of Letters. The document was signed by Prof. Horst Fischer, EIUC President, and Gabriella Battaini-Dragoni, Deputy Secretary General, Council of Europe (picture below). 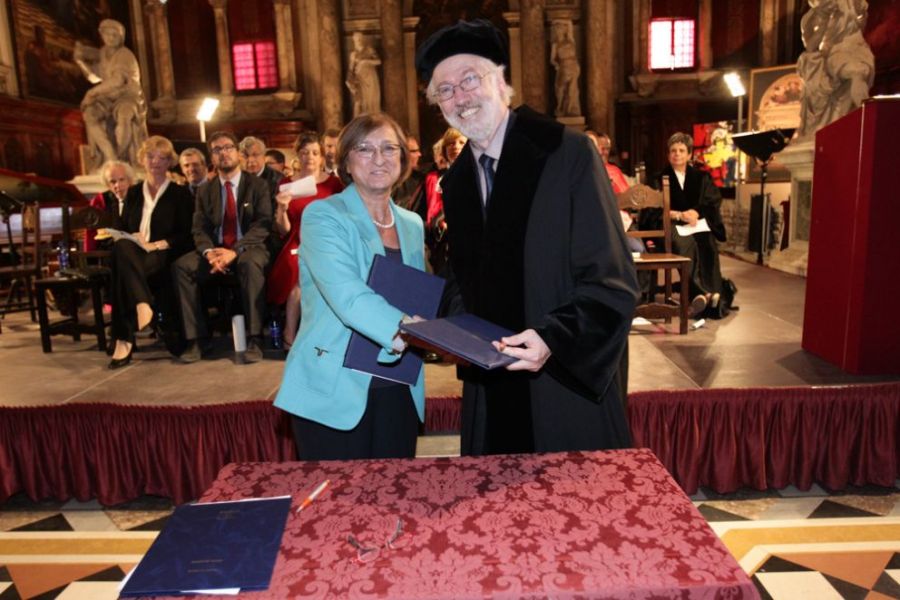 Another highlight of the event was the awarding of the EIUC Medal of Honour to Edward McMillan-Scott, Vice-President of the European Parliament, in recognition of his lasting efforts in the promotion and protection of human rights as well as his commitment to the Centre. 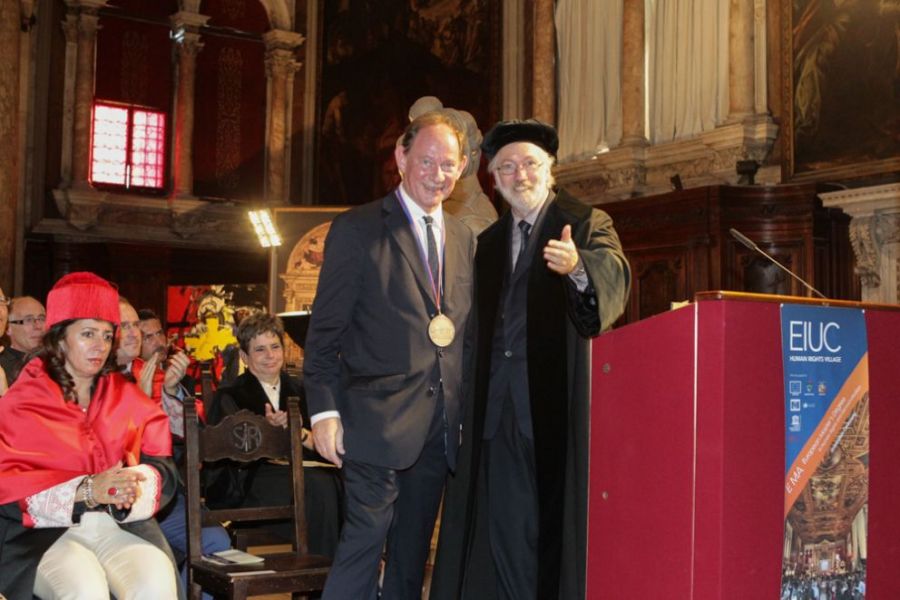 Warm applause also accompanied the graduation of the laureates of the European Master's Programme in Human Rights and Democratisation (E.MA) 2012/2013 and its E.MA Programme Director, Dr. Angela Melchiorre.

President of the E.MAlumni Association, Cristiano Gianolla, delivered the E.MActivism Prize 2013 to Laura Harth (picture below). 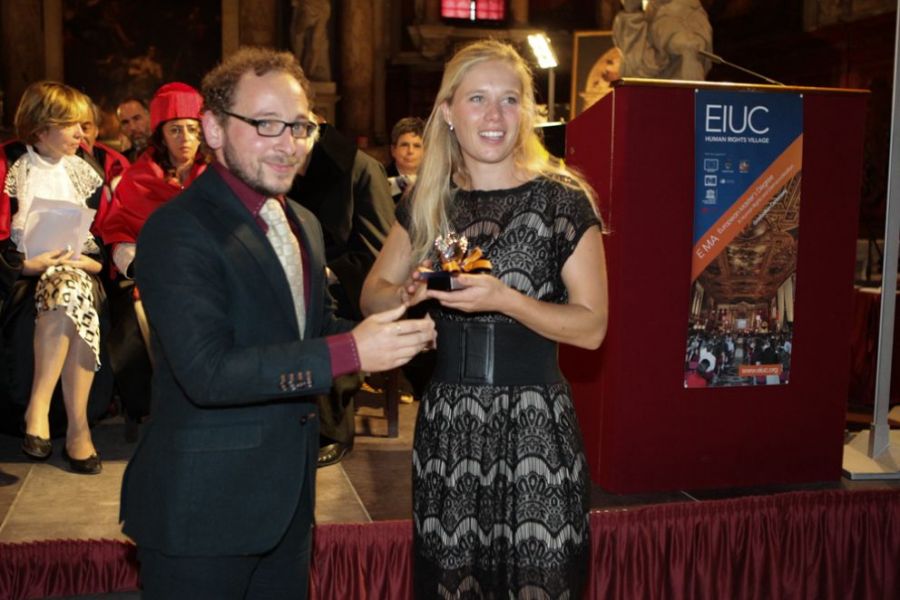 The ceremony ended with the official opening of the E.MA academic year 2013/2014 and welcoming of its  Programme Director, Dr. Pietro Sullo, and his 96 new students coming from all over Europe and beyond.

As in previous years, the Ceremony had the students at its centre and was attended by the representatives of all EIUC partner universities, as well as of the international organisations and local government authorities that actively support the programme, notably the European Union, the Region of Veneto, the Municipality of Venice, the Council of Europe UNESCO, the Office of the United Nations High Commissioner for Human Rights, OSCE and ODIHR, and the Deutsche Gesellschaft für Internationale Zusammenarbeit (GIZ) GmbH.

Another real delight for the audience was a recital of works by Vivaldi, Paganini and Beethoven performed by Interpreti Veneziani.

Full programme of the ceremony here

More pictures will be soon available.