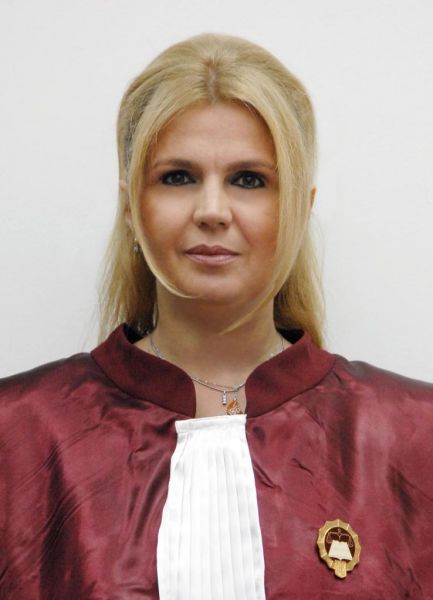 Congratulations from EIUC President, Prof. Horst Fischer, on behalf of EIUC, all E.MA Directors, Global Campus Universities and EIUC partners, to Prof. Iulia Motoc for her recent election as Romania’s Judge at the European Court for Human Rights (ECHR).

Elected with majority of votes (132) by the Council of Europe Parliamentary Assembly (PACE), Motoc will be a judge of the ECHR for a term of nine years, expected to start on 17 December 2013, or no later than three months after her election.

Iulia Motoc was born in 1967 in Timisoara, Romania. She has been a judge in the Constitutional Court of Romania since 2010 and a professor of International Law and Human Rights since 2002 and European Law since 2007 at the University of Bucharest.

The European Court of Human Rights is an international court set up in 1959 and is based in Strasbourg. It rules on individual or State applications alleging violations of the civil and political rights set out in the European Convention on Human Rights.

“We are proud of you and extremely happy about the wise decision of the Council. We share your joy and hope that you still will have some time to breathe before starting the demanding job. We wish you all the strength you need in protecting human rights in such a unique function.” said Prof. Fischer to this colleague who is also National Director at the University of Bucharest for the European Master’s Programme in Human Rights and Democratisation.