EIUC is pleased to announce the launch of its Cambridge University Press series EIUC Studies on Human Rights and Democratisation. The first volume in this series Economic Globalisation and Human Rights, edited by Professors Wolfgang Benedek, Koen De Feyter and Fabrizio Marrella, was presented in the European Parliament on Wednesday 28 March 2007.

EIUC President, Professor Horst Fischer, briefly introduced the series and the three editors made a short presentation of the first volume. This book launch was followed by a cocktail and general discussion of the topic Economic Globalisation and Human Rights. 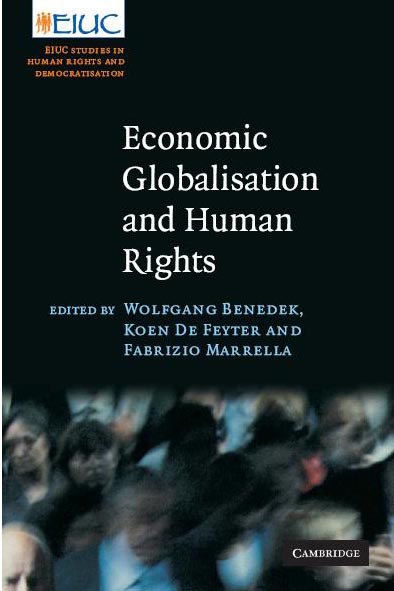