In Mitrovica there is a bridge dividing the city in two. North Mitrovica and South Mitrovica. Serbs and Albanians. In the Republic of Kosovo live two persons: Dragan Tomic and Sami Kurteshi. One is the Head of SPARK, an NGO working in the field of education. Mr. Kurteshi is the Ombudsman of Kosovo. Dragan has survived three different wars. He has escaped in more than five different countries, and once he had to walk for fifteen kilometres in the middle of nowhere to find the first petrol station where to ask for help. Sami is around sixty, he was a political revolutionary during the war. He escaped once, then he came back and he spent seven years in prison. Therefore, he escaped again. When he returned to his land, he had to leave Kosovo for Switzerland for fear of being imprisoned again. Dragan is thirty-four years old, and in his eyes, I read sadness, misery, regret, pain, fear. Sami has wrinkles crossing his face and white hair. He has the same expression as Dragan. Dragan spoke about his past as an old soldier talks about the years spent in the trenches. He tells me that every day he wakes up he does not know if he will come back. He speaks with a complete and incredible calm. He is not afraid of the situation; he incubates a huge sadness deep in his light blue eyes. He is serious when he tells me that Serbs and Albanians in this part of the world cannot live together. When we ask something about his past, Sami answers that to these kinds of questions he normally says “I do not understand your language”. Nevertheless, he was open with us. And I can see his face changing expression. He tells us about his life and how it changed over the years, and that he graduated for a second time in Switzerland when he was almost forty years old. Sami and Dragan are first and foremost human beings. But Sami is Albanian. Dragan is Serbian. Without this detail, no one could understand the difference. Both are warriors who struggled for their freedom and the freedom of their country. Both love Kosovo, and neither wants to leave.

Nevertheless, Kosovo is people too. Common people, young people, Asim, Barda, Linda, Addid, Efter, and more. People who are still alert to these ethnic differences but at the same time decided to move forward. Those people are the human right of this country. People for whom the feelings of the conflict are still present inside them; people for whom the peace-process, the product of dialogue and integration, is better if it happens over a beer. People who swapped “hate” for “integration”. For the moment, they are the minority, or, as Kosovarians say, they are the “non-majority”.

This bridge, this bridge from hell, does not only divide a town. It divides a country. A land where people before the war lived in tension, but not in conflict. At least this is what both Sami and Dragan told us. The question that came to my mind during this long week was: do they feel themselves belonging to Kosovo? Yes, they do, but they do not consider themselves only Kosovarians. They are Serbs and Albanians first and Kosovarian second.

This is the strongest image I have from the trip to Kosovo. One bridge, a country divided in two and two men standing at its two extremities. They will probably never meet. I met them both, and I never thought that I would ever meet someone so similar and at the same time so distant.

Kosovo is the land of experiment and observation of implementing of human rights, European law and democratisation. All these transformations bring to the region so many reforms all at once that we do not know what will be the final result. The trip to Kosovo framed that in my mind during the meetings with several people from different institutions and while walking around in Prishtina.

The trip to Kosovo gave me a chance to meet with a wide variety of people who work for a new future in Kosovo - politicians, bureaucrats, journalists, judges, activists, directors and many others. I found several answers to my questions and an environment to discuss different thoughts from both sides. The meetings with political figures from different sides like Kosovo Serb leader Oliver Ivanovic, currently in custody on suspicion of involvement in war crimes against Albanians, and Kosovo Albanian leader Albin Kurti from Movement for Self-Determination help me to understand their different points of view and pave the way for thinking about possible solutions for reconciliation.

One of the main topics of discussion during the trip was the presence of intergovernmental organisations like UNMIK and EULEX. I learned so many things about how EULEX, UNMIK and OSCE function in the field, the pros and cons of the presence of these organisations in Kosovo, the problems for cooperation between several of the institutions and the successes of the main offices of these institutions.

Another topic which dominated discussions was that of identity. This is an issue for numerous minorities like Roma, Ashkali, Egyptians, Turkish and Bosniaks in Kosovo. The strong Serb and Albanian identities and also the existence of other communities make it difficult to create a common identity with a flag which has not yet been voted for by Kosovar people. The separated city Mitrovica provided an opportunity to observe how the identity issue affects society and daily life. The meeting with CSOs like Kosovar Civil Society Foundation showed that the most important role in the creation of a stable multinational society and the protection of the rights of minorities is played by civil society organizations. The local NGOs and CSOs could be the best negotiators to facilitate the creation of a Kosovar identity. The meeting with CSOs during the trip showed that they are part of Kosovo society and the most reliable institutions in the country.

The trip to Kosovo was the highlight of the first semester for all E.MA students. It gave us the opportunity to see in the field what we learned in classes. It was the first time  for us to come face to face with realities, issues and problems in the field and the first time to become a part of all of these. I had the chance to learn more about the situation in the country and observe different points of view on several issues thanks to all these people from government offices, international organisations and civil society organisations. I was also very glad to meet with my host family and ordinary people in the streets, shops and bars of Kosovo who were very friendly, helpful and hospitable. They also played an important role in helping us to understand issues in society.

The trip to Kosovo convinced me about all the efforts that the well-educated young Kosovar population have already made to build a new future for Republic of Kosovo. The change of focus from security and peace to democracy, justice and development is not an easy and short term process. The Republic of Kosovo climbs up the stairs step by step. Having a strong, independent and functioning political and economic system with democracy, justice and development will be the next step for this young country. 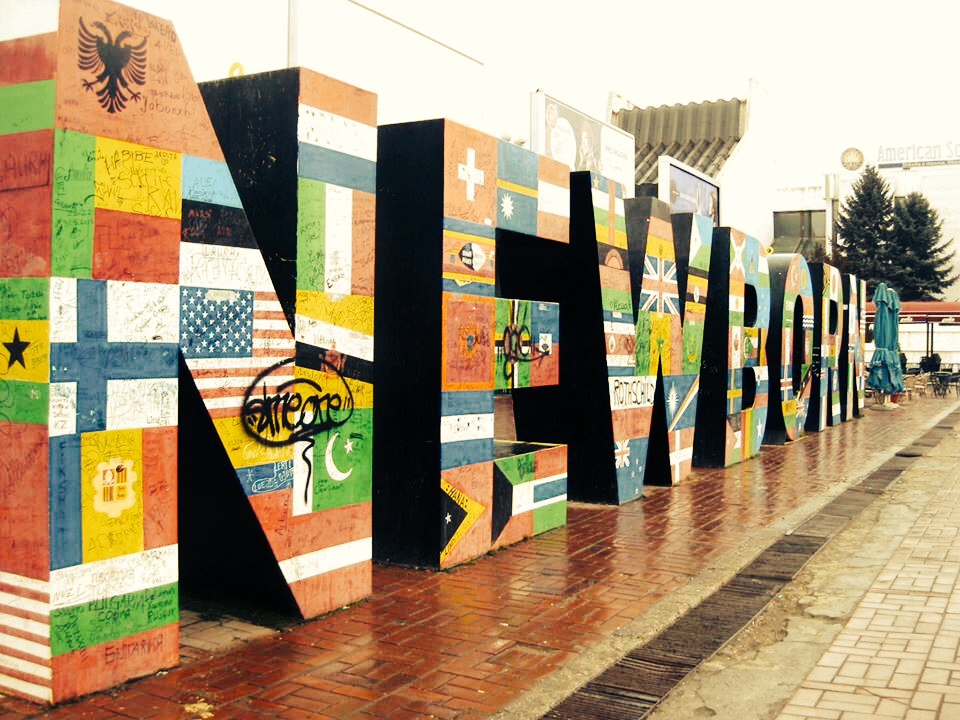