The National Human Rights Council (CNDH) of the Kingdom of Morocco in cooperation with the Association for the Prevention of Torture (APT), organized on May 12, 2015 in Rabat, Morocco an international seminar meeting on the “national preventive mechanisms against torture (NPMs): challenges and good practices”.

The meeting was a contribution to the reflection on the status and the functioning structure of the future Moroccan NPM, in light of the different experiences of NPMs which already are operating in other countries, following the implementation of the Optional Protocol to the UN Convention against Torture (OPCAT) adopted in 2002. 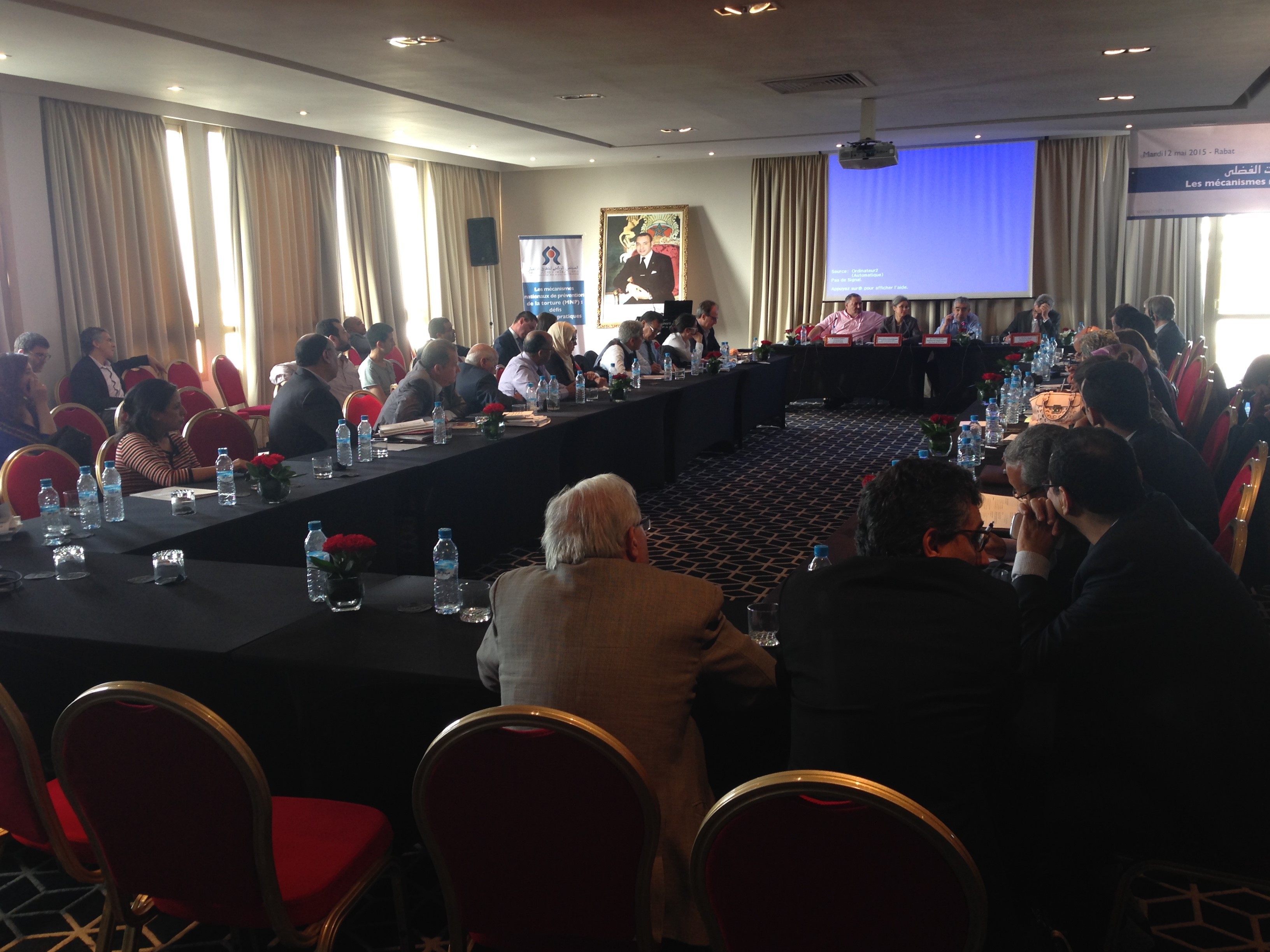 Morocco ratified the UN Convention against Torture and Other Cruel, Inhuman or Degrading Treatment or Punishment (commonly known as the United Nations Convention against Torture – CAT) on June 21, 1993. On November 1, 2012, Morocco started the ratification process of the  Optional Protocol (OPCAT) and deposited its ratification instruments on November 24, 2014 becoming the 76th State Party to the OPCAT.

Under Article 17 of the Optional Protocol, “each State Party shall maintain, designate or establish, at the latest one year after the entry into force of the present Protocol or of its ratification or accession, one or several independent national preventive mechanisms for the prevention of torture at the domestic level. Mechanisms established by decentralized units may be designated as national preventive mechanisms for the purposes of the present Protocol if they are in conformity with its provisions.”

Should be noticed that Morocco launched on March 4, 2014, together with Chile, Ghana, Denmark and Indonesia, a 10 years long initiative against torture. The main aim of that initiative, among others, is to give a call to governments across the world to join their efforts in order to achieve both a universal ratification of the Convention and its Protocol leading to their concrete practice.

Therefore, the  seminar was an opportunity to gather together Moroccan national practitioners and activists from Governmental institutions, members of the CNDH and the Moroccan civil society, parliamentarians, judges, lawyers, academicians and journalists and international experts, including representatives of the UN Committee Against Torture (CAT), the Council of Europe (CoE), the Association for the Prevention of Torture (APT) , the Danish Institute against Torture (Dignity), the Office of the General inspector of all places of deprivation of liberty (France) and the national human rights institutions of Mali and Maldives.

At the opening session of the seminar Mr Driss  El Yazami, CNDH Chairman indicated that 2015 is a critical year for human rights violations mostly concerning torture. He stated that in finding fruitful and good practical national mechanisms against torture, being adopted by the Moroccan Government through the national legislation, that could lead to end torture and eliminate all types of discrimination against women, children and people with disabilities.

Mr Markus Jaeger, head of the department for migration at the CoE Directorate General of Democracy, was optimistic after the interactive and democratic dialogue among the participants. However he stressed that seems crucial for the Moroccan authorities to take concrete legislative measures in order to prevent torture, otherwise any efforts and initiatives by the civil society and human rights stakeholders would remain only as recommendations.

Mrs Esther Schaufelberger, the APT Program Officer for MENA, mentioned the importance of the civil society in the fight against torture. Nevertheless, she stated that the civil society should work on developing national mechanisms against torture in cooperation with the national institutions but at the same time working also in an individual and parallel way itself, observing not just the governmental and other organizations but also itself for improving its capacities and abilities for the best result. 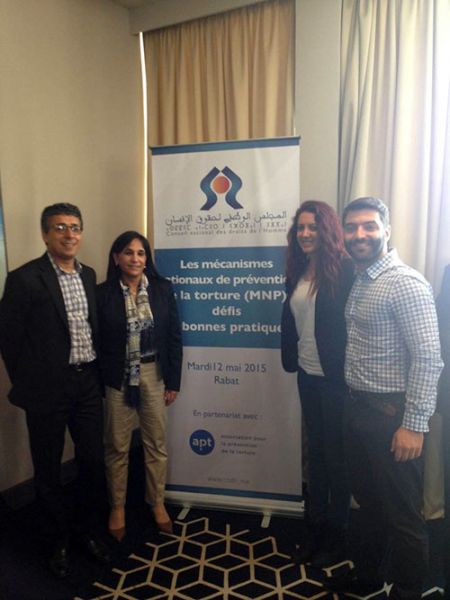