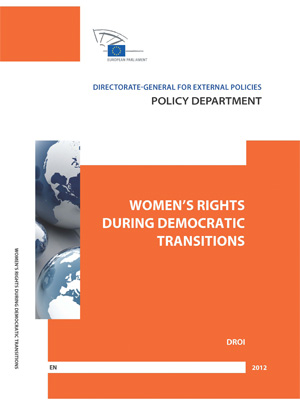 he study titled “Enhancing EU Action to Support Universal Standards for Women’s Rights during Democratic Transitions. The Case of Democratic Transition in the MENA Region” was presented on 09 October 2012 at the European Parliament in Brussels during the joint meeting of the Subcommittee on Human Rights with the Committee on Women's Rights and Gender Equality.

For over six years now, EIUC has acted as think-tank and regular advisor to the European Parliament on human rights issues by publishing various studies. Read more about these EP Studies