There is no adequate protection without meaningful participation: we cannot protect children at any time, but arguably especially in emergencies, if we do not listen to their experiences and engage with their views.

‘Children and women first’ is an old adage that has, for many years, captured the public imagination as signifying the appropriate first response in an emergency. However, it begs the question: what does ‘first’ mean here? Its roots—that children (and women) should be first into the lifeboats when a ship is sinking— are based on the assumption that children are especially vulnerable and in need of priority and heightened protection. That remains true in every humanitarian crisis; we know that children are more likely to endure harm and that those harms will infringe their right to development in ways that will impact their enjoyment of their rights into the future. The threat to children’s human rights in most situations of emergency demands not only a human rights-based response but one that engages with their bespoke rights as children.

A human rights-based response for children at times of emergency should be distinctive in a number of respects. For a start, echoing the sentiment of children ‘first’, their best interests must be a ‘primary consideration’ (article 3, Convention on the Rights of the Child (CRC)). In General Comment 14 (2013) the UN Committee on the Rights of the Child emphasised that you cannot make a best interests assessment of any sort without hearing children’s own perspectives on that. That is, of course, also one of children’s unique human rights—the right to have their views given due weight in all matters affecting them (article 12, CRC). In General Comment 12 (2009) the Committee observed that the right embodied in article 12 does not cease in situations of crisis or in their aftermath and that children’s participation in the wake of emergencies, ‘helps them to regain control over their lives, contributes to rehabilitation, develops organizational skills and strengthens a sense of identity’. And yet, time and time again, we see decisions made about children without children, their role often relegated to that of victims, the primary focus / images in news media or charitable fund-raising campaigns.

The global response to COVID-19 is a recent case in point. While governments across the world panicked to address the health crisis, they took major decisions that did and will impact on children for years to come without any attempt to hear their views, gather their concerns and involve them in designing solutions. The biggest of these was the closure of schools and the move, where resources existed, to online learning. At the same time, after-school activities and playgrounds were shut, and, in some cases, children were prohibited from leaving their homes for long periods of time. Without exception, children were excluded from every decision-making process. Even in countries with commendable records of child participation, efforts to comply with article 12 were abandoned, presumed unnecessary, if even considered at all, because of the emergency.

A group of us, concerned about the impact of COVID-19 measures on children and their rights and the fact that they were being excluded from decisions impacting them so severely, came together under the umbrella of the Covid Under19 Initiative. This was led by Terres des Hommes working alongside us at the Centre for Children Rights at Queen’s University Belfast and the Office of the Special Representative of the Secretary-General on Violence Against Children. We worked with a range of other partners, across the world, to provide a way of capturing children’s experiences and views on the impact of the pandemic on their enjoyment of their rights. This took the form of an online and paper-based survey, distributed in 28 languages that captured the views of almost 27,000 children in 135 countries. In line with the children’s rights-based approach to research developed at the Centre for Children’s Rights, we asked children what their governments should be doing to ensure that children enjoyed their human rights. Unsurprisingly, children had lots to say. For example:

Our country's economy is degrading by which some children are starving because of no income of their family, Some are suiciding, Some are not getting to join online classes because of no internet access and even some are getting to join it they are not having good studies as before and those whose examination was stopped by COVID-19 pandemic, their studying has so much stopped or they are being demotivated about exams and some children aren't even safe at home; they are being raped or abused! Our government should think of these things rather than other things which are not so important and ensure child rights. (Boy, 14, Nepal)

The survey was administered in April-June 2020, so very early in the pandemic. Children instantly understood that the decisions being made would have significant, adverse impacts on their rights—something that most governments only began to attend to much, much later. Involving children from the outset, and complying with this human rights obligation, would not only have acted as an early warning system but would have provided some practical solutions that would have mitigated some of the harms that are now widely acknowledged. Here is one example:

The COVID-19 crisis was somewhat unusual compared to other emergencies since many of the measures that were implemented in relation to children initially (school closures and lockdowns) were taken to protect adults rather than children (the so-called ‘virus vectors’). Yet children, from the outset, were warning us of the consequences for their safety, education and health, especially their mental health, in the longer term. In other emergencies, including war and natural disasters, the threat to children is often immediate and disproportionate and a priority is, rightly, to protect their right to life and survival (article 6, CRC). The underpinning sentiment of ‘children first’ (seen recently in the evacuations from Ukraine) is one of protection. While that is undoubtedly necessary, it can stem from a position that is often rooted in a profound paternalism that does not align fully with the children’s rights-based approach established in the CRC.

What happens in emergencies the world over echoes a wider children’s rights problem—that protection is always considered to take priority over participation, welfare over autonomy. This simplistic, and inaccurate, understanding of children’s rights is, perhaps, at its most obvious in times of natural disaster, conflict or indeed a global pandemic. The need for protection is deemed so urgent that it appears to absolve governments and others from meeting their requirements under article 12. Not only is this a breach of children’s human rights but it is profoundly short-sighted. There is no adequate protection without meaningful participation: we cannot protect children at any time, but arguably especially in emergencies, if we do not listen to their experiences and engage with their views.

That is true right now in every context where there is an emergency—we need to find effective and timely ways of engaging with children caught up in these crises to ensure that they are safe from harm (harnessing their insights into where these harms lie and how best to protect them) but also how they can continue to enjoy their other rights. This includes not only their right to education but also, in particular, their right to play.

Children’s right to have their views sought and given due weight at times of emergencies is therefore not ‘a dispensable luxury but an indispensable entitlement’. 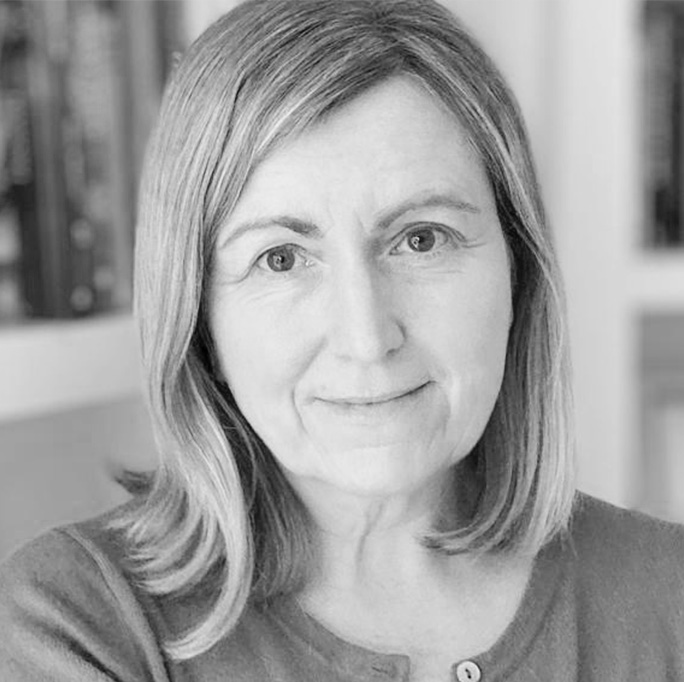 Laura Lundy is Co-Director of the Centre for Children’s Rights, Professor of Children's Rights at Queen’s University Belfast, and Professor of Law at University College Cork. She teaches in the EMA programme, and has contributed to the Global Campus MOOC on Child Participation and the Right to a Sustainable Environment.

Cite as: Lundy, Laura. "Not an Optional Extra: Engaging with children, and their human rights, in times of emergency", GC Human Rights Preparedness, 16 June 2022, https://gchumanrights.org/preparedness/article-on/not-an-optional-extra-engaging-with-children-and-their-human-rights-in-times-of-emergency.html