Technology played a significant part in traffickers taking advantage of COVID-19's second wave in India. A number of children lost both their parents and for a few weeks, 'COVID orphan adoption' messages proliferated across social media. State institutions and civil society were unprepared for this challenge.

From April to June 2021 the second wave of the COVID-19 pandemic raged through India. The number of those who died is not yet known, and perhaps may not ever be known accurately, but estimates suggest it could be as high as 4.2 million.

A significant number of children lost one or both parents; they are often referred to as covid orphans, a problematic nomenclature. Here too, the lack of accurate data ails us, stemming from the undercounting of deaths. As of August 2021, it was estimated that more than 100,000 children lost either one or both parents in India, due to the pandemic, with a figure of 116,263 confirmed by modelled analysis. At a time of deep vulnerability, these children became soft targets for tech savvy traffickers, who used social media platforms to ‘offer’ them for adoption, purportedly on humanitarian grounds.

Technology during the pandemic—the two sides
As state-run institutions became helpless in the face of unending death during the second wave, technology and modern mediums of communication, backed by the concept of crowd sourcing were what came to the rescue of many beleaguered citizens of India. When the government could not ensure adequate oxygen, hospital beds or medical supplies for the massive number of people suffering from COVID-19, citizens took to social media to post requests for these essentials and, for many, platforms like Twitter, WhatsApp, Instagram and Facebook became literal lifelines.

However, as is often the case with technology, despite good intentions, there are unintended and dangerous consequences. With in-built features of widespread reach and anonymity of source, these social networks could easily be used to make illegal announcements about ‘putting up for adoption’ children who had lost their parents in the pandemic, presumably by traffickers. Social media was flooded with messages of the following kind:

Text in the above post:
“For adoption: If anyone wishes to adopt a girl, please feel free to contact 09xxxxxx73* (priyanka). One girl is 3 days old and another is 6 months old, they have lost their parents recently due to COVID. Please help these kids get a new life. Spread the word.”
*Phone number redacted

The sense of urgency prevailing during the second wave was misused in the form of these ‘immediate’ adoption requests. Child rights activists warned that this was likely the action of traffickers, in a sense ‘stealing’ children and giving them up for adoption, for money. Adoption in India is a complicated issue, with there being a significant number of children who do not have family support, and on the other hand, a long waiting list of families that want to adopt. Adoption rackets have been in the news frequently in the past, with state institutions struggling to deal with these, given the nexus of hospitals, state authorities and traffickers.

The situation created by the COVID-19 pandemic enabled such traffickers to start using social media to their advantage. Studies have shown how disease outbreak can be a key ‘push’ factor for trafficking, as seen during the Ebola outbreak in West Africa and in cases of ‘orphanage trafficking’ in Nepal during COVID-19.

A lack of awareness among concerned citizens, helplessly observing a COVID catastrophe unfold around them, and wanting to help in any way possible, unwittingly contributed to this unfortunate series of violations of human rights—a lesson for us human rights advocates in why ‘awareness generation’ is not just a buzz word, but an essential component of human rights preparedness. We need to ensure that a basic understanding of human rights-compliant frameworks exists in the general populace.

As the social media messages grew in frequency and reach, there were reports of state agencies taking notice, including law enforcement and the judiciary, called into action by oversight agencies and child rights’ organisations and activists. Both organisations working on child rights and the government acted swiftly to try to generate public awareness of the problems that could be created by spreading these messages, but it would be difficult to gauge how much impact this had.

In November 2021, a national news channel reported that ‘covid orphans’ were being offered for sale, with hidden camera footage of some men openly discussing these transactions. This report indicates that though the social media messaging may have stopped due to action by the authorities, the damage has been done and the message is out there, still leading to children orphaned during the pandemic being sold for ‘adoption’.

State response
Since the onset of the pandemic, the Supreme Court of India has expressed concern about the rights of vulnerable children. In a judgment handed down in April 2020, it addressed the issue of children residing in or being sent out of child care institutions, children living in foster or kinship care, and children in family care facing mental distress due to the pandemic. In June 2021, with consistent reports of illegal adoptions, the Court urged the government to take stringent action, and it has now given directions on education and financial support for children outside of institutional care impacted by COVID.

The national and state governments responded with well-intentioned but uneven measures. Multiple schemes have been launched to provide financial assistance to children who have lost one or both parents, however there has been no focus on stopping the trafficking networks that have been using social media to arrange illegal adoptions. Instead, the work done on children’s online safety has primarily looked at the proliferation of CSAM (Child Sexual Abuse Material) as well as usage of social media networks to engage children in sexual activities. Moreover, although local child rights advocates had urged the government to strengthen online protocols in line with global standards, as far back as August 2020, when the first wave of the pandemic had started receding, the possibility of social media platforms easing the way for disaster-induced child trafficking, for the purposes of adoption, was not foreseen.

Being prepared
The writing is on the wall, as the proverb goes. Prevention of serious violations of rights of children with multiple vulnerabilities during humanitarian crises will require state and civil society to work on preparedness, through joint efforts. And in this area, the ailment is part of the remedy too. Effective use of various media to create a widespread understanding of access to human rights implementation frameworks and bodies; strengthening of institutional, non-profit and community level support mechanisms; recognition of community systems like kinship care; and strategic tackling of cybercrime resulting in violence against children, without violating the right to privacy—these are all fronts where work needs to be done. Crucially, the recent anti-trafficking bill introduced by the government, though seriously flawed in a number of ways, lays out the template for a nationally-coordinated response to trafficking operations that function across state borders, the lack of which has hindered investigative and prosecutorial responses to trafficking in the country.

As the country slowly comes to terms with the devastating aftermath of the second wave, while at the same time preparing for a potential further wave, it is crucial that we are prepared for unprecedented challenges that this disaster and modern means of communication might throw at us. 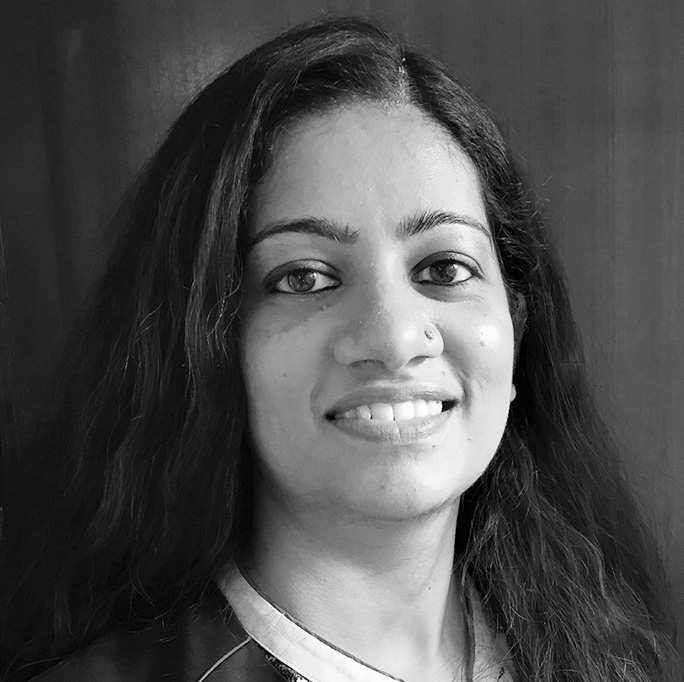 Nimisha Srivastava is Executive Director of Counsel to Secure Justice, a non-profit working to provide access to justice to child survivors of sexual abuse and children in difficult circumstances, using restorative approaches. Nimisha has more than a decade’s experience in human rights law implementation, and holds a Master’s degree on the subject from the University of Oxford.