The climate crisis is the foremost threat to the globe. A 2022 report by the Intergovernmental Panel on Climate Change outlines that global heating due to human activity has already guaranteed irreversible damage. The impact of the climate crisis on the rights and interests of children is devastating. Global heating, food and water shortages, increasingly frequent and severe weather events, rising sea levels, air pollution and increased transmission of vector-borne and infectious diseases are just some of the phenomena involved. Without adequate mitigation policies, global heating will accelerate towards 3C, or possibly even 4C, at the end of the century. Children will witness the effects of the climate crisis to a much greater extent than older people. Greta Thunberg outlines that though the year 2050 feels very distant right now, by then young people such as herself will likely still have half their lives to go.

There is at present a flurry of activity at both international and domestic level. Numerous countries are consulting children and youth on law and policies relating to the environment. The UN Committee on the Rights of the Child in June 2021 committed to the drafting of a General Comment on children’s rights and the environment with a special focus on climate change. The UN Committee on Economic, Social and Cultural Rights is drafting a General Comment on sustainable development and the International Covenant on Economic, Social and Cultural Rights (ICESCR), which aims to shed light on concepts such as future generations and intergenerational equity, including with a view to ’uphold[ing] the rights of the child in the context of the environment and climate change’. As Davies notes, ‘climate change is often seen as an issue of intergenerational equity—consumption now creates costs for future generations’. This has sparked increased discussions on what is often referred to as intergenerational ‘equity’ or ‘justice’.

Intergenerational equity—what is it?
‘Intergenerational equity’ is probably the most significant concept in human rights in this century. Attention to intergenerational equity is not new however. Edith Brown Weiss elaborated the concept in Fairness to Future Generations published in 1988. She argued for conserving the diversity of resources, quality of resources and access to resources between present and future generations. She also argued in favour of fair distribution among generations of the benefits of using natural resources, so that those of us in the present should not suffer poverty in anticipation of the needs of those in the future, and those in the future should not suffer poverty due to the disregard of us present persons for their needs.

According to Brown Weiss in 1988, the moral obligation associated with intergenerational equity does not in itself create legal obligations or rights, ‘[r]ather it is a stage in the evolution of the public conscience’. As the effects of the climate crisis are already being felt, it is crucial that the concept of intergenerational equity now be prominent in international human rights discourse in a concrete and substantive way. Part of these efforts will be to ensure that it is grounded in existing principles and obligations in international human rights treaties. This includes harnessing children’s rights.

Intergenerational rights are children’s rights
As the children’s rights framework is now so accepted—note the near global ratification of the UN Convention on the Rights of the Child (CRC)—it is clear that emphasising the children’s rights element of intergenerational equity is a promising route. Children are already here, and therefore are a group who will have the possibility of making concrete use of international human rights law. Access to justice will depend on, amongst other things, legal standing, which those yet to be born frequently do not have.

It is important therefore to be clear that ’intergenerational equity’ and ’future generations’ are terms that do not simply refer to those yet to be born. These terms also include children who are already here. Children alive now are the first representatives of future generations. It is a philosophically fascinating paradox but also a practical fact—the human who is a child now can be said to be a member of both a present generation and a future generation. In a case before the Inter-American Court of Human Rights, Judge Trindade remarked, ’Human solidarity manifests itself not only in a spa[t]ial dimension ... but also in a temporal dimension—that is, among the generations who succeed each other in the time, taking the past, present, and future altogether’.

Youth climate activists and advocates who have been protesting, lobbying politicians and engaging with the media have been bringing this point to the fore. They have turned to the courts as a crucial part of their strategy to secure greater climate mitigation from states. One very notable detail is the prevalence in these applications of arguments relating to intergenerational equity. A 2019 petition was made to the UN Committee on the Rights of the Child by Greta Thunberg and 15 other children (then aged between eight and 17) from various nations, arguing that the five respondent states had breached their obligations under the CRC through their failure to adequately mitigate climate change. The CRC provided a strong vehicle through which to argue breaches of rights to life (article 6) and to health (article 24), and the right of Indigenous children to their own culture (article 30). Though the application was ultimately deemed inadmissible in 2021 due to the failure to exhaust domestic remedies, the petition set new international law standards and indicates what can be achieved in the future when domestic remedies have been exhausted. Other cases such as Duarte before the European Court of Human Rights likewise focus on children’s rights arguments and emphasise intergenerational equity.

Unfortunately, however, the term intergenerational equity is usually used in a rhetorical way, and the differences and intersections between children and future generations are usually left undefined. As Nolan notes, the aforementioned draft General Comment on sustainable development and the ICESCR does not define future generations. She also notes that the Draft UN Convention on the Right to Development does not explicitly mention children (though ’girls’ and ’age discrimination’ are mentioned). Courts have likewise avoided addressing the nuances of children's rights and future generations in youth-led climate cases. In the US Juliana case for example, the court did not consider the issue of standing for future generations as separate from the legal standing of the children and youth litigants.

Bringing together the concepts of intergenerational equity and children’s rights
Then UN Special Rapporteur on human rights and the environment John Knox stated in a 2018 report that it is important to focus on both present and future generations because ‘[w]e do not need to look far to see the people whose future lives will be affected by our actions today. They are already here’.

Efforts to combat the harm that climate change will cause in the future must focus strongly on children’s rights, both because children will be—of those of us alive today—the longest affected by a worsening climate crisis, but also because children’s rights arguments present enormous opportunities to ensure a healthier and safer future for those humans who will be on the planet in the future. There is great potential for bringing together the principle of intergenerational equity and children’s rights standards. It is crucial however that we go beyond rhetoric when it comes to intergenerational equity, and that we fully elaborate that term, including how it intersects with children’s rights. 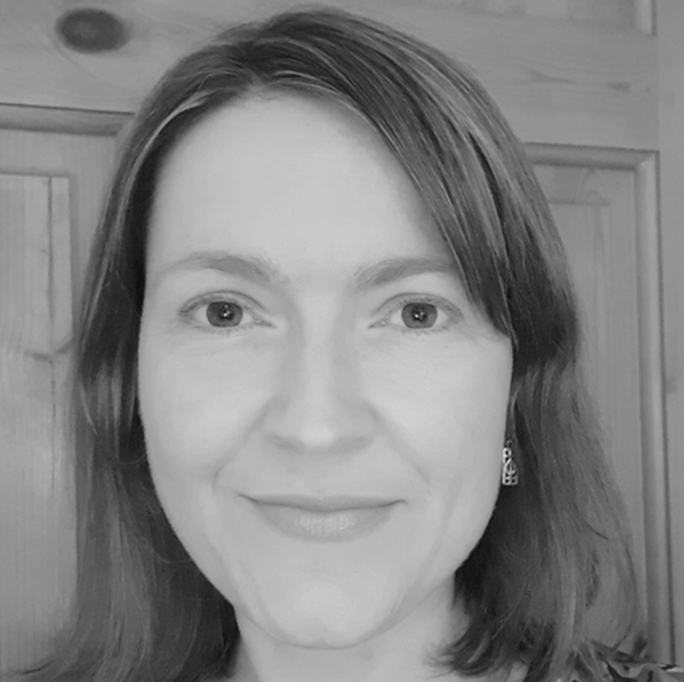 Dr Aoife Daly is a lecturer at the School of Law, University College Cork, and a member of the University’s Environmental Research Institute. She is at present writing her third book Youth Climate Activism and International Human Rights Law (forthcoming with Routledge, 2023). She is a research fellow of the Ragnar Soderberg Foundation. She has contributed to the Global Campus MOOC on Child Participation and the Right to a Sustainable Environment.

This blog-post is based on a forthcoming article ‘The right of children to a healthy environment: Intergenerational rights are children’s rights’, currently under review.